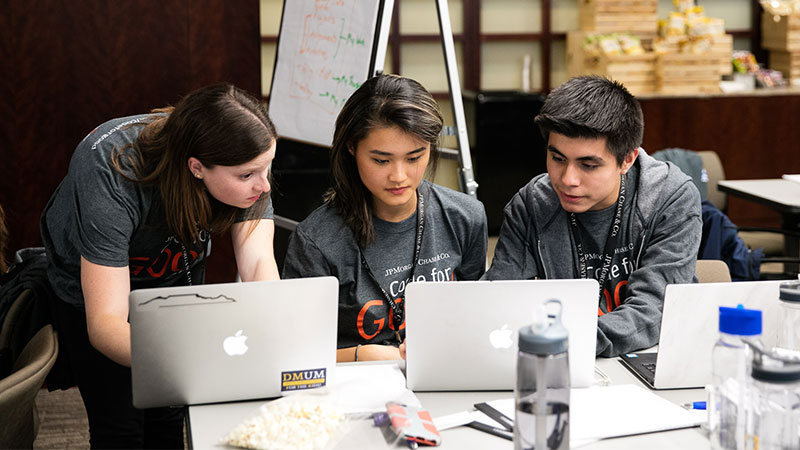 How Tech for Social Good inspires change, fosters inclusion and makes a difference in communities.

Imagine a smartphone app that helps fight global slavery. Now imagine that you’re a student working on building that app. Think about how it would feel to know that the solution you develop could help free thousands of slaves around the world.

For students participating in a recent Code for Good hackathon, that dream was a reality. The hackathon was designed to help Free the Slaves, a nonprofit organization working in human trafficking hot spots to end modern practice of slavery around the world. The app that the students helped develop expanded the group’s ability to gather data among field workers even in remote areas, raise awareness about slavery, and combat its practice.

During Code for Good, students and JPMorgan Chase technologists spend 24 hours using their technology skills to solve real problems for nonprofit organizations. It’s a great way for students to showcase their skills in problem-solving, collaboration and technical prowess—all while meeting recruitment teams and learning about JPMorgan Chase’s culture of giving back. 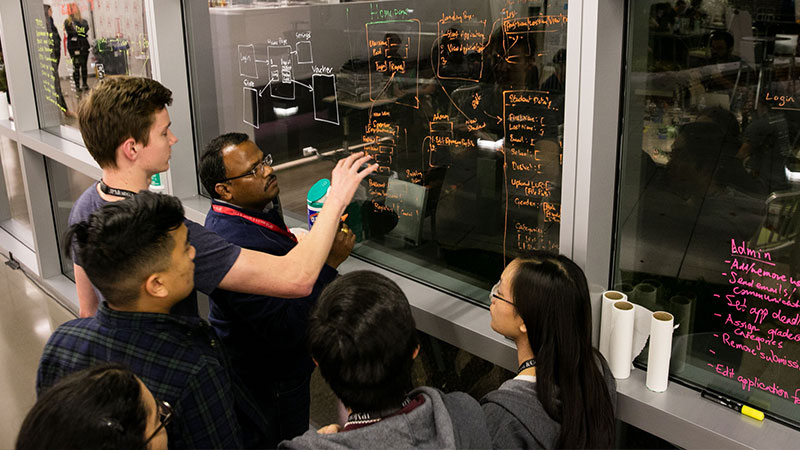 Hosted at JPMorgan Chase offices around the world, Code for Good is one of several ways the firm identifies technology talent for its full-time and summer Software Engineering Program (SEP). In fact the company brings in more than 20 percent of its SEP class through Code for Good.

The best part is that the ideas generated at Code for Good do not just sit on the “digital shelf”—they are later brought to life in another Tech for Social Good program called Force for Good, where participating JPMorgan Chase technologists spend four hours a week over an eight-month period, building out sustainable technology solutions for nonprofits.

Corey Shirk, a technologist in Columbus, has participated in many facets of the Tech for Social Good programs. As a university student, he attended Code for Good in Tampa. His team created a data catalog that will allow organizations such as the Christopher and Dana Reeve Foundation, which is dedicated to advancing quality of life and discovering cures for spinal cord injury, to partner with travel sites to provide more complete accessibility information for their visitors.

In 2016, Shirk was offered a position on the SEP program and later participated in Force for Good, working with other software engineers to build out a Customer Relationship Management (CRM) system for another nonprofit, who participated in Code for Good.

“Force for Good is a great way to develop your skills and learn new technologies” he said. “I wouldn’t know of another opportunity to learn how to build a CRM system. It was so rewarding to be given the opportunity to do this outside of my regular work duties, while also giving back to a nonprofit in my community.” 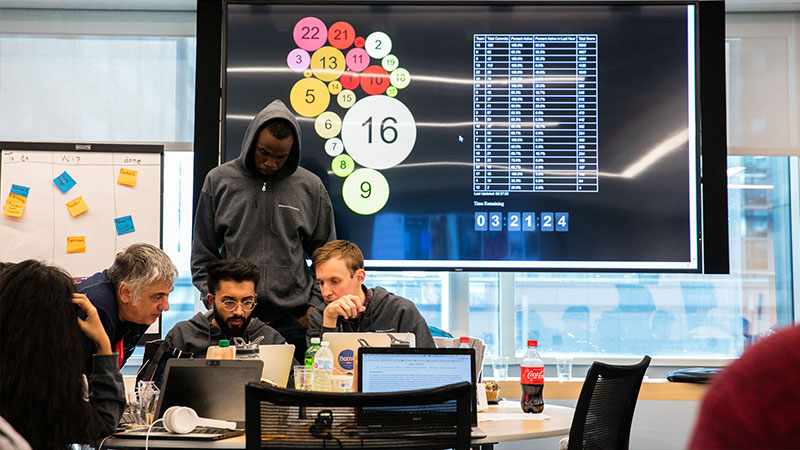 To continue driving interest in Code for Good and other technology opportunities at JPMorgan Chase, Tech for Social Good also launched a Sponsored Hackathons Program, which allows the firm to get involved in hackathons hosted at university campuses across the globe.

“Hackathons are becoming more and more popular in the technology community,” said Julia Backon, Vice President for Project Execution. “We started sponsoring external hackathons and realized it’s a great way to showcase how technology driven JPMorgan Chase is and our passion for social good, all while connecting with technology talent and supporting students who are interested in these events.”

Since launching in 2010, Tech for Social Good has been giving JPMorgan Chase technologists’ unique opportunities to give back. Since its inception, Code for Good has been hosted 80 times in 15 cities around the world, including Bengaluru, Chicago, Wilmington, London, Mumbai, New York, and Singapore. The Force for Good program, which pairs JPMorgan Chase technologists with nonprofits to fully develop solutions currently operates in over 20 different locations, supporting over 135 nonprofit organizations in this past year alone.