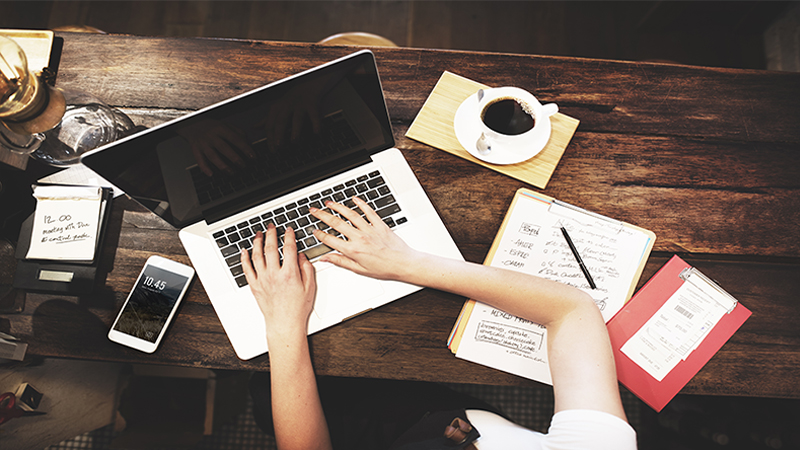 Why you should care: When employees feel comfortable at work, they’re more likely to want to go in.

The cubicle is dead. So, too, is the corner office. In their place? Tea rooms, game rooms and breakout rooms. This new office is no longer the reserve of Silicon Valley start-ups either, but is becoming the new norm. Creating an office space that actually makes you want to come into the office is how big companies are hoping to attract star employees.

“We’re in the midst of an enormous talent war and everyone’s competing for the same people,” notes Brian Tolman, Head of Product at Convene, a company that designs and services next-generation workplaces. “Folks are realizing they have to do something different in the workplace.”

It should come as no surprise that millennials, 83.1 million strong as of 2015, are squarely in the driver’s seat in this dynamic shift. A study co-sponsored by WorkplaceTrends found that a whopping 83 percent of millennials reported they would work better in places with fewer management levels. This desire for a flatter leadership structure is reflected in the physical layout of today’s office, a breakdown of barriers, quite literally. The open-plan format is what millennials expect, says Amol Sarva, founder of Knotel, which provides flexible workspaces for companies. “They expect different kinds of seating, different places to set down their computer and informally walk around and meet. They don’t expect closed doors.”

Such an open plan anchors JPMorgan Chase’s office in New York City’s Hudson Yards neighborhood. It encourages visual connectivity among workers and adds to a sense of camaraderie, says David Arena, the Head of Global Corporate Real Estate for JPMorgan Chase. Arena points out that space alone is inert, it can have great volume, great light, but it is driven by people.

“You’ve got to find a way to curate the experience that people are having every day,” he says. How does the Hudson Yards office achieve this? By providing multiple work, eat and play outlets. The modern workplace must check off many boxes, Arena says: Does it have access to places to eat? To sit and talk quietly with friends? To blow off steam? To gather in a small room and whiteboard ideas?

If all this sounds like a Silicon Valley tech hub, there’s a reason for it, Tolman says. Tech companies were looking to attract graduates right out of school and set up offices that might fit to their carefree lifestyle so the transition to work was more seamless. Now that exception is increasingly becoming the norm. Tolman cautions against blindly adopting the look and feel of such workplaces because a company might just come across as being inauthentic and not true to its culture. In other words, changing the physical space is not enough — company culture has to change too. “Just throwing a slide in doesn’t make the space cool. Fun isn’t enough. Our experiences are richer and deeper and more diverse than that,” Tolman argues.

Though so much of new office design may seem communal, and designed for extroverts, there is space for those who work best in solitude as well. Hudson Yards, for one, has designed nooks where introverts can work by themselves. Plus, as telecommuting increases in popularity — nine million U.S. workers telecommute at least half the time — the office is evolving to reflect this trend.

“If we all can work from anywhere why are we coming to the office? The draw is the collaboration to work with people,” Tolman says. As a result of increased collaboration and play areas, the “me” space at the office is shrinking. Hot-desking, where employees get a desk as needed, is trending up.

And as telecommuting increases and millennials work from everywhere, the lines between work and home are also blurring. “The workplace of the future looks like how we live, not like how we used to work,” Tolman says. On the flip side, the home of today is looking to accommodate work, Sarva points out.

The modern workplace, especially with green and smart technology, is also changing facilities management, says Jim Sinopoli, Managing Principal at Smart Buildings. Facilities managers are leaning on IT solutions and are also more than just about building maintenance. They’re community managers who are responsible for curating the worker experience.

The workplace of the future will look increasingly like JPMorgan Chase’s Hudson Yards Office, Tolman predicts. “We’re going to see dynamic and flexible lounge environments and quiet spaces and team rooms and access to great food and beverages. The idea of the sea of desks with perimeter management offices is moving to the wayside.”

Arena agrees. “Productivity and talent are really two of the greatest assets companies have. Better people and people who are more productive are really the lifeblood of commerce,” he points out. “Real estate and facilities are a great way for companies to win the talent and productivity battle on the margins.”