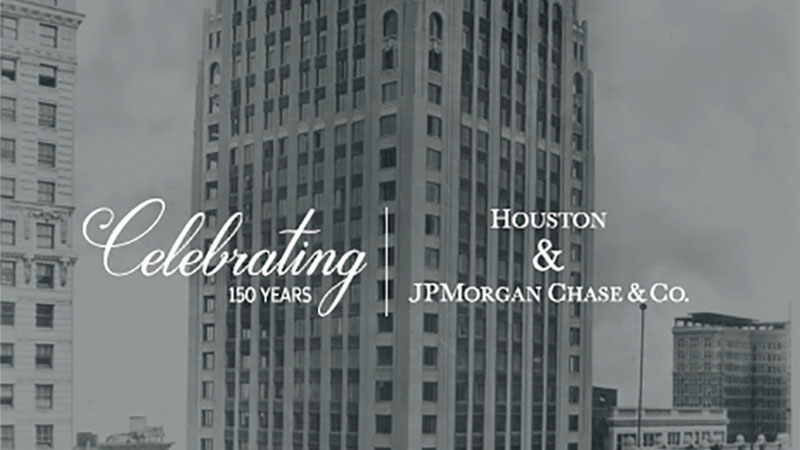 Jesse Jones, president of National Bank of Commerce, commissions a skyscraper that would be “the tallest building west of the Mississippi.” Serving as a grand headquarters for the bank and the Gulf Oil Corp., the building opens in the spring of 1929. The building remains the headquarters of JPMorgan Chase in Houston.

With two local banks teetering on the brink of collapse, Jesse Jones assembles the city's leading bankers in his office for three days of meetings. No banks in Houston fail as a result of Jones' efforts. 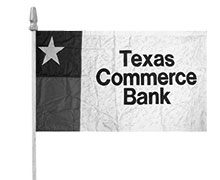 National Bank of Commerce and Texas National Bank merge in 1964, creating Texas Commerce Bank, one of the largest banks in Houston. 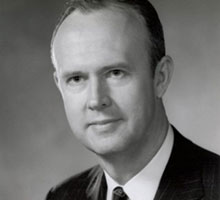 Texas Commerce Bank participates in financing the original Houston Galleria in 1970; the bank leads the financing for the Galleria II expansion in 1976.

By 1984, Texas Commerce is one of the 25 largest banks in the United States. Among this list, TCB ranks number one in growth and return on assets. 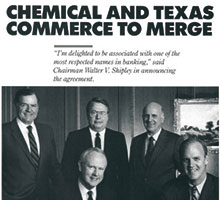 Ben Love retires and Marc Shapiro replaces him as the final CEO to serve Texas Commerce.

Texas Commerce buys First City Bancorporation, which traced its lineage back to the First National Bank of Houston. 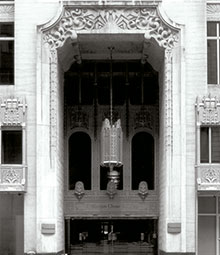 JPMorgan Chase is one of Houston's largest employers with about 7,000 employees working in the city. The firm serves more than 1 million local customers, as well as many of the top corporations and leading institutions across the city. The firm has pledged $5 million for local workforce training, investing in people so Houston can keep building toward a brighter future.