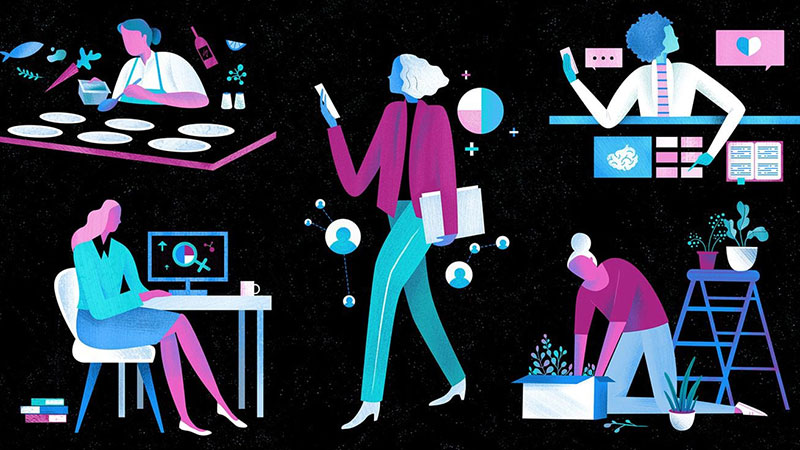 Senior executives, startup CEOs, and an award-winning chef share the “thing” that helped them rise to the top.

This article was originally published by The Lily.

Eliza Blank, founder and CEO of global plant brand The Sill, used to look to others for a “secret” to success. She would read about the habits of successful people—waking up early, meditating, keeping to-do lists—hoping to find some truth about how to get ahead, both personally and professionally. But she wasn’t interested in anything she came across; nothing resonated.

Instead, Blank decided to follow her own instincts, committing to routines that made sense for her. And that’s when she started to experience a new level of success. “I’m never going to run a marathon, but I’m running a business. That, to me, is just as good,” she said.

In an era where “making it” means something different to every woman, the habits that help them succeed aren’t uniform either. Here, Blank and four other accomplished women discuss the habits, rituals and choices that helped them get to where they are today—and how looking inward helped them find success. 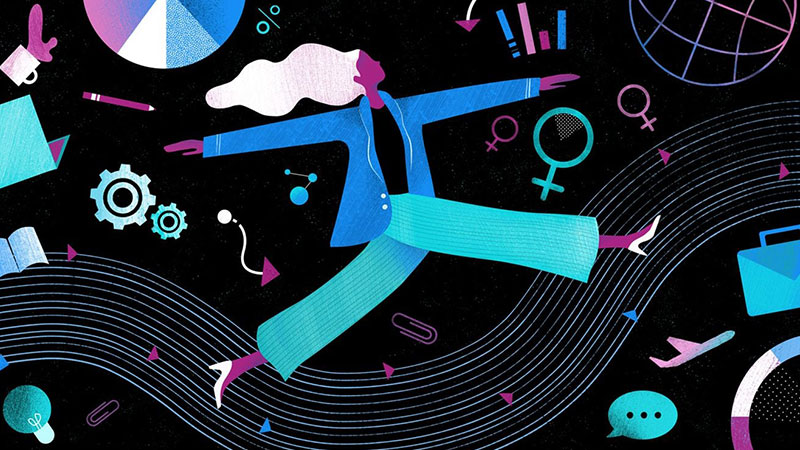 Samantha Saperstein, head of Women on the Move at JPMorgan Chase

Samantha Saperstein spent much of her free time in college working as a reporter, covering local and national news for radio, print and TV outlets. She dedicated herself to that goal for years and worked as a reporter in her first job after school. But after spending a couple of years in the field, she became fascinated with what she’d learned while working a business beat and decided to get her MBA.

Saperstein initially intended to return to journalism after getting receiving her MBA—but by the time she graduated, she was completely enamored by business and decided there was no going back. Since then, Saperstein has held several leadership positions in financial services, including her current role as head of JPMorgan Chase’s Women on the Move program. In this position, she oversees a global roster of women’s empowerment initiatives that help women succeed and find support and mentorship in the workplace.

So, how does someone make such a big career change? By following their curiosity. Throughout her career, Saperstein has kept her options open—something her father always told her to do. Sticking to that mantra has propelled her career and given her opportunities to make meaningful differences along the way.

And while she didn’t stick to her original plan, she’s still doing something she’s passionate about. “I wanted to invest my time and talent into making sure other women had opportunities to advance in their careers and in their lives,” she said. “So I raised my hand and shared my desire to formalize [and take further action on] this passion of mine.” 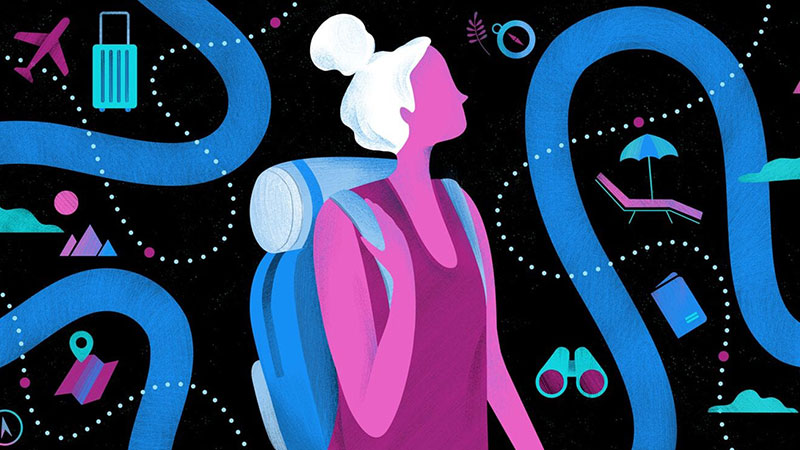 Don’t fall into the trap of the 24-hour cycle.

Eliza Bank, founder and CEO of The Sill

More than ever, working women take off less time than they’re entitled to; a 2017 study by the U.S. Travel Association showed that just 44 percent of millennial women surveyed use all of their vacation days.1 And Eliza Blank sees how this phenomenon takes a toll on her peers; recently, she remembers, she was speaking to a fellow female founder and CEO who was taking a vacation for the first time in three years. The woman was self-conscious about taking the trip and afraid she might be judged for going out of town, so she emphasized to Blank that she rarely takes time off. But Blank is actually a strong believer in not judging people for going on vacation—and doesn’t think that working nonstop is good for anyone.

She’s so firm in these beliefs that she has prepared her team to be able to thrive even when she’s not there. Doing so has granted her more flexibility, more chances to attend offsite meetings and, yes, more opportunities to take time off. It has also created a culture in which her employees feel empowered to strike a healthy work-life balance.

“Setting the right precedent for the team is important. If I’m working around the clock, I’m setting the expectation that everybody has to do that,” she said. And creating a workplace that doesn’t expect that of everyone has had a positive impact on performance, retention and growth among employees—all proof positive that you don’t have to work around the clock to be successful. Embrace your definition of self-care.

For Ashley Edwards—co-founder and CEO of Mindright, an app designed to give digital counseling to young people of color—work can be mentally taxing. She’s deeply passionate about what she does, but every day she hears about the struggles of teenagers who face issues like family conflict and socioeconomic stress. And such intense topics often take an emotional toll.

To avoid burnout, Edwards is “very intentional about self-care” and follows the same kind of ethos behind the old airplane oxygen mask adage: You have to take care of yourself before you take care of others. Sometimes, her self-care routines involve small but meaningful rituals; she doesn’t check email in the morning until she gets back from the gym, for instance, and she regularly sets aside time to cook for herself.

But Edwards also nourishes her emotional wellness by taking more serious strides to tend to her health, such as going to therapy—which not only helps her personally, but also sets a good example for the kids she works with.

“One piece of advice I tell them is to not hold everything inside,” she said. “Our work is super emotional [and] psychological. So to hold myself accountable, I go to therapy to make sure I’m working on my self-care.” 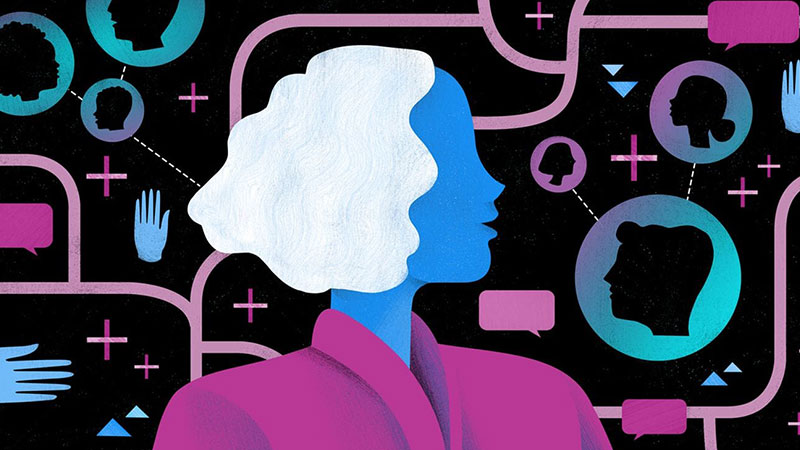 Help yourself by helping others.

According to Catherine Hogan, one of the best parts of her career has been seeing other people’s careers take off. Since she first began her career in finance as a public accountant, she has made a deliberate effort to get to know the people she works with—and has helped them get to know each other, too. Rank and seniority within a company were never barriers to this practice, either; Hogan has always gone out of her way to help colleagues with projects, even when she didn’t have to, and put them in touch with other helpful people.

“I think it is great...to meet all of these amazing people that have a lot of passion around their careers and their own journeys,” she said. “I find it restorative.”

Brokering these relationships can be a huge time commitment. But Hogan is motivated by what she calls “career karma;” the more she does for others, the more people see her as an asset.

“If you are a leader who spends a lot of time with people, getting to know talented people and then helping those people be successful...you kind of develop a reputation for that, and the best people want to come work with you,” she said. 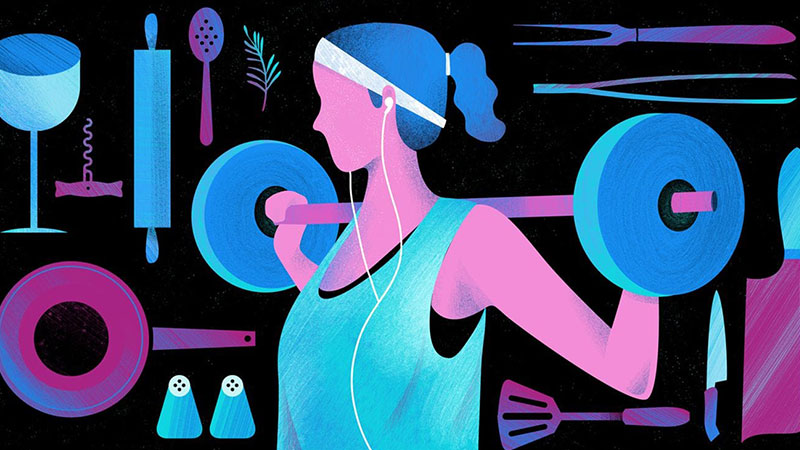 Own the thing that works for you.

A few years ago, Karen Akunowicz was at a crossroads: She was at the top of her game, career-wise, but was also facing chronic back pain.

Over the course of one year, she worked as the head chef at a popular restaurant in Boston, got her first nomination for a James Beard Award and appeared on a top-rated cooking show. With things going at such a breakneck speed, she worked too many 15-hour days on her feet with no time off, and it eventually led to a herniated disc and debilitating pain. At a certain point, she reached her limit; “I just got to a place where I was like, ‘I am falling apart,’” she said.

Akunowicz knows that women sometimes avoid heavy weight lifting for fear of how it might make them look, but the fitness routines that many other women follow, such as yoga or Pilates, just didn’t work for her. Weight lifting had a transformative effect—it eased her pain, got her to commit to a firm fitness routine and gave her a sense of power and self-confidence she’d never had before.

“I think everyone has to find the thing that works for them, right?” she said. “We can all read every article. [I’ve done things] because this magazine tells me that it’s going to fix my life. But lifting, it did for my mind, it did for my spirit, what nothing [else] I found could do.”