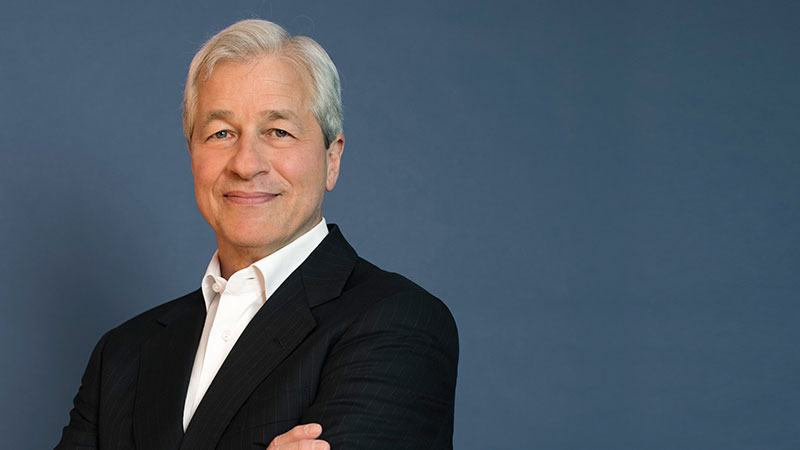 Foreign governments have figured out how to create opportunity, but we have lost our way. As a businessman and a proud American, this upsets me.

The United States is blessed with a combination of advantages that few other countries enjoy. We are the world’s longest surviving democracy, with an entrepreneurial culture that fosters and rewards hard work and innovation. Our natural resources are abundant. We have the world’s strongest military and a generally reliable rule of law and low corruption. Our country has some of the best universities and hospitals and is home to many of the best, most vibrant businesses on the planet — from small and midsize companies to large, global multinationals.

While we have been gifted with some of these benefits and earned others through hard work and determination, we know that American exceptionalism requires vigilance. Specifically, it means transcending our differences and seizing on opportunities to further the remarkable success story of our country to provide greater prosperity for all Americans.

On Wednesday, President Trump will be in Missouri to speak about the opportunity to do just that by finally passing comprehensive pro-growth tax reform.

After traveling to Europe, Asia, the Middle East and Latin America this year, I saw governments that understood the importance of practical policies to promote businesses and economic growth because they benefit their people through greater job creation and wage growth.

This month, I traveled through several states in the Midwest, and I saw a different story where businesses are being held back by an uncompetitive tax code.

Foreign governments have figured out that sensible pro-growth policies have the power to create opportunity at all levels of the economy. As a country, we seem to have lost our way. As a businessman and a proud American, this frustrates and upsets me.

Reforming the tax code is the single most important thing that Congress could do to jump-start our economy, create jobs, and raise wages for American workers. Our current code is uncompetitive, overly complex and loaded with special interest provisions that unfairly create winners and losers. This drives down capital investment, reduces productivity and causes wages to remain stagnant.

Individuals and businesses continue to waste billions of dollars and millions of hours each year trying to figure out their tax bills—instead of spending more time with their families, or thinking about how to innovate and expand.

Our corporate tax rate is the highest in the developed world. It has led to more American businesses being acquired by foreigners or struggling to keep pace with their foreign competitors. This means headquarter jobs are going to overseas cities instead of American cities. Our uncompetitive system has trapped more than $2.5 trillion overseas because American companies are penalized for bringing profits back by our high U.S. corporate tax rate, boosting other countries at the expense of our own.

This isn’t about helping companies like JPMorgan Chase. Yes, tax reform will help American companies become more competitive, but the real reason to do it is to increase jobs and increase wages.

Under our current corporate tax system, workers bear up to 75% of the corporate tax burden through lower wages. I believe that tax reform should go further than that to boost wages. It should also be used to do more for lower- and middle-income workers by expanding programs such as the earned income tax credit, which already lifts more than 7.3 million workers out of poverty.

Policymakers have a once in a lifetime chance to fix the tax code, and there are real consequences for failure. A recent survey of Business Roundtable CEOs found 90% believed that any delay in tax reform would harm the economy by causing slower growth, hiring and investment. The other side of that coin is that 76% of CEOs would increase hiring if Congress was successful in passing tax reform.

A utopian vision of tax reform will not fall from the heavens. Tax reform isn’t easy, and there’s a reason it’s been more than 30 years since it has happened. The time has come for companies—and Congress—to set parochial and partisan interests aside to find a way to enact reform. If a reform proposal will result in greater economic growth, more jobs, higher wages and allow American businesses to be competitive internationally, it should be supported.

I'm as optimistic as ever on the future of America. It is encouraging that leaders in the White House, Senate and House have reached a common vision for moving forward with reform. I hope that vision becomes something that elected officials from both parties can support, but it is critical that we see progress now. We have a limited window to get reform done, and this is an opportunity America can’t afford to miss.

About the author: Jamie Dimon is the CEO and chairman of JPMorgan Chase & Co. and the chairman of the Business Roundtable.