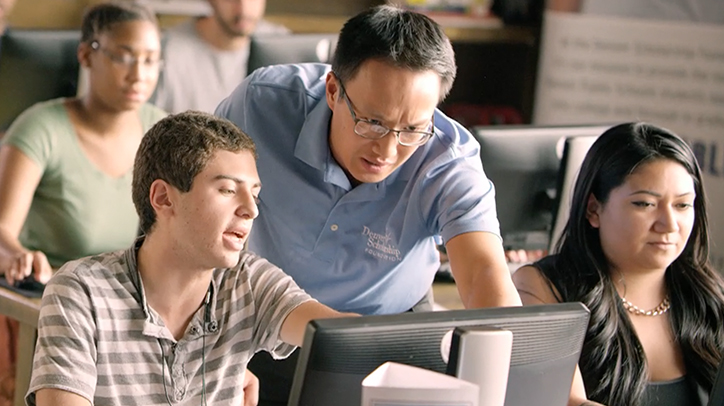 Preparing high school graduates to take the next steps in their career.

Since its launch in 2006, DSF has worked with thousands of students from Denver’s public schools, helping them prepare for the challenges of life after high school—whether it's getting and staying in college, paying tuition, preparing for graduation or heading right into the job market.1

I spoke to DSF Executive Director Nate Easley about the program, its goals and successes.

Tell us about the Denver Scholarship Foundation’s mission. What is it? Where did the idea come from?

Nate Easley: The mission is to empower Denver Public Schools graduates with the knowledge and tools necessary to complete a college degree. We were founded in November of 2006. Governor [John] Hickenlooper, then the mayor of Denver, spoke to a group of Denver Public Schools students and was very moved by the experience. He promised that if they went to college he would find a way to pay for it.

Denver entrepreneurs and philanthropists Timothy and Bernadette Marquez subsequently donated $50 million to start DSF, with the understanding that there would be significant public support from the city and from the state.

How has JPMorgan Chase’s involvement helped the DSF achieve its mission?

NE: It has been extremely important, for several reasons. First and foremost, one of JPMorgan Chase’s executives serves on our Board of Directors. I have a list of about five board members that I call when there are really tough issues, and he is at the top of the list. I can’t overstate his importance to the DSF mission.

Tell us about the Future Centers. What are they?

NE: A Future Center is a dedicated space in a high school where kids get information about college, including financial aid, the college application process, what college makes sense depending on what they want to do with the rest of their lives... It is a hub of college-going activity that is embedded in a Denver public high school.

What impact are the Future Centers having?

NE: We’ve seen about a 30 to 40 percent increase in the number of students who have enrolled in college since we started. The ultimate metric for us is how many of our students receive a college degree. Since 2010, 78 percent of the students2 we have funded have received a college degree or are actively moving toward that goal.

It sounds like DSF has helped a lot of students. Do you have a favorite success story?

NE: I have so many. One student graduated from the University of Colorado at Denver. He’s an engineer now. He graduated from Lincoln High School, went to CU Denver, struggled a little bit -- his first semester was really tough. He graduated from college with a GPA higher than 3.0 and had a job right out of school.

Another student is a teacher at South (High School). She graduated from Regis University, and she is giving back by teaching Social Studies. Cristina is a first-generation college graduate – and the first one in her family to study abroad. She is fluent in Spanish, English and French. She is an amazing, amazing person. I could talk to you about graduates all day. 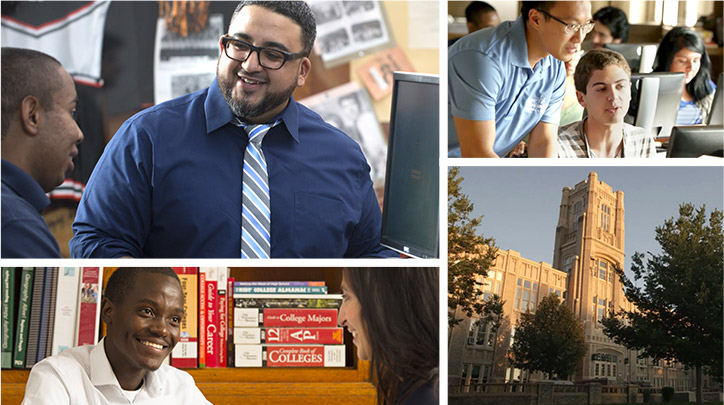 By laying out a “roadmap” for students, DSF clarifies the college application process.

What does DSF hope to accomplish in the next few years? How does JPMorgan Chase fit into that picture?

NE: One of the things we would love to accomplish over the next three years is to get to an 80 percent completion rate. What that means is that for every kid we invest in, 8 out of 10 of them at the end of the third year are still in college or have completed a college degree. By the way, part of our completion formula is not just funding new students. It’s also re-engaging students who started and dropped out and making sure they have the opportunity to go back. There is no shame in taking a pathway that is not traditional — for example, in pursuing professional credentials. You can make a living wage as a plumber, as a legal assistant.

That’s what we’re using JPMorgan Chase's grant primarily for this year — to get kids interested in credentials. With all the emphasis on four-year degrees, what you get is a lot of kids trying to start a four year degree who shouldn’t for one reason or another — their heart isn’t in it, they can’t afford it, whatever reason.

We’re trying to shift the conversation, putting the emphasis on finishing credentials and layering degrees. Just because you become a cabinetmaker doesn’t mean you can’t get a bachelor’s in business and later start your own cabinet-making business. The bulk of the money from the grant from JPMorgan Chase this year is focused on using those funds to emphasize middle skills jobs.

We’d like to see significant increases in the number of Denver Public Schools students enrolling in college, regardless of whether they get a scholarship.

And we’d like to develop a sustainable model so we don’t have to raise millions of dollars a year to keep the organization going. We’d like to secure our public-private partnership with more private businesses like JPMorgan Chase.

For more information about the Denver Scholarship Fund visit: www.denverscholarship.org.

Shaughnessy in a journalist and blogger living in Denver with her family and has contributed to Westword and Denver Urban Spectrum.