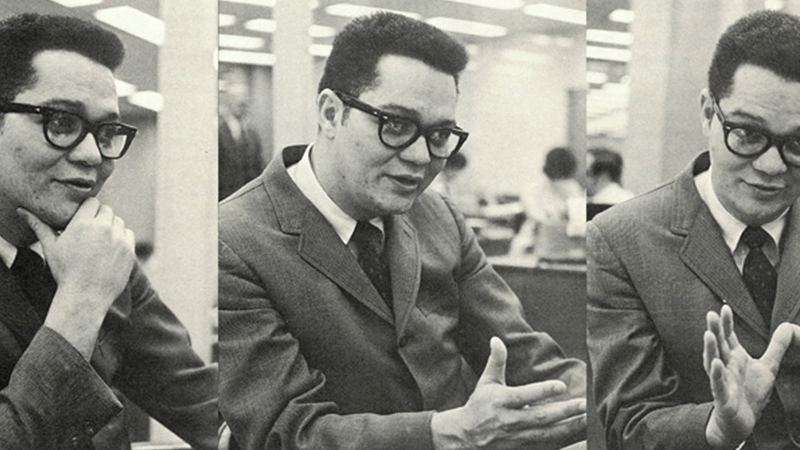 The Legacy of a Detroit Diversity Pioneer

Aubrey W. Lee’s legacy has laid the groundwork for JPMorgan Chase initiatives that seek to equalize opportunity in the workplace.

Three years after Brown v. Board of Education and six years before Martin Luther King delivered his famous “I Have a Dream” speech, Aubrey W. Lee started his first job at the National Bank of Detroit (NBD), a predecessor of JPMorgan Chase.

The year was 1957, and nine black students, who later became known as the “Little Rock Nine,” had just been blocked from entering their secondary school in Arkansas. In Detroit, Lee was starting his banking career as a teller, the only job he could get at the time, despite graduating with a master’s degree in political science from Marshall University.

Lee jumped into the role with both feet, outpacing and outperforming his peers, and soon found himself moving through the ranks. In 1966 he was appointed branch manager, the first black leader at NBD to earn the title.

He did not take his position lightly and soon began to expand his impact in Detroit. In addition to his branch manager responsibilities, Lee decided to take on recruitment efforts. Working closely with the bank’s equal opportunity officer, Lee expanded the college recruitment program to include visits to predominately black and women’s colleges.

But his recruitment efforts did not stop there. Lee regularly volunteered with the Detroit Urban League and organized hiring drives within the community. While working in credit in 1970, Lee assisted NBD in the creation of a film called “The Bank is Open to You,” which showcased the opportunities in banking available to the black community in Detroit. The film, which was a huge success, highlighted several bank employees who shared their experiences and encouraged young people to consider banking professions.

I would not have recruited blacks for positions at the bank unless I felt that the bank could offer these individuals opportunities for upward movement.

When asked about his recruitment efforts in September 1974, Lee responded: “I would not have recruited blacks for positions at the bank unless I felt that the bank could offer these individuals opportunities for upward movement.”

And Lee practiced what he preached. By fostering a practice of inclusion and equal opportunity on his team, his own career flourished in the Motor City. In 1980, he was appointed president and chairman of NBD Troy Bank. Three years later he was appointed head of the Municipal Banking Group at NBD, where he focused his efforts on financially supporting communities and school districts in need.

After more than forty years with the bank, Lee retired in 1999 as a senior vice president. He continued to remain active in the community and fight for change through his board work in Detroit for many years.

Before he passed in 2015, Lee was able to see America elect our first black president and 46 black members of the 114th Congress.

In his own way, Lee paved the way for future generations of black leaders in Detroit and across the country. He is a monumental figure in JPMorgan Chase’s history and laid the groundwork for modern-day initiatives like Advancing Black Pathways, which seeks to equalize opportunity and increase diversity in the workplace.

Lee’s career was full of firsts and his legacy offers us the chance to look back to see how far we have come, and the perspective to understand the long road ahead.