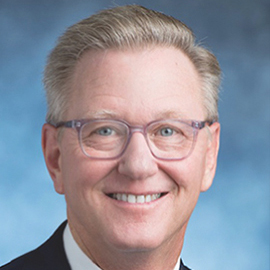 Timothy P. Flynn was Chairman of KPMG International, a global professional services organization providing audit, tax and advisory services, from 2007 until his retirement in 2011. From 2005 until 2010, he served as Chairman and from 2005 to 2008 as Chief Executive Officer of KPMG LLP in the U.S., the largest individual member firm of KPMG International. Before serving as Chairman and CEO of KPMG LLP in the U.S., Mr. Flynn was Vice Chairman, Audit and Risk Advisory Services, with operating responsibility for the Audit, Risk Advisory and Financial Advisory Services practices.

Mr. Flynn graduated from The University of St. Thomas, St. Paul, Minnesota, and is a member of the school’s Board of Trustees.