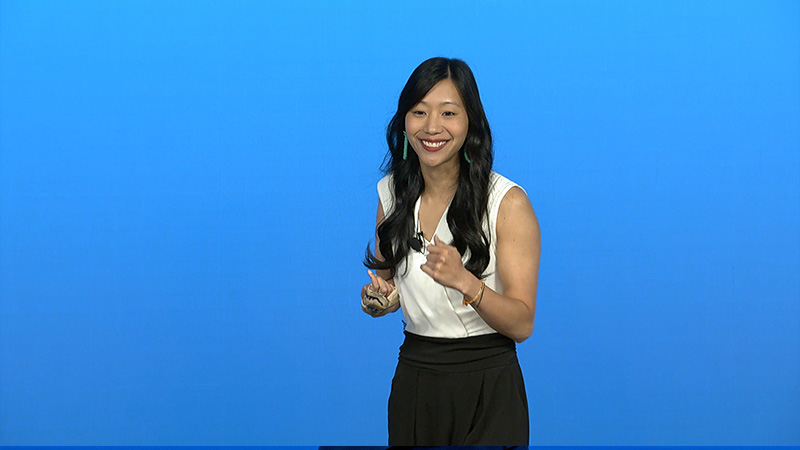 Embracing the “nail that sticks out”

“The nail that sticks out gets hammered down.” That Japanese proverb was something Tiffany Yu’s parents told her often as a cautionary tale of what happens to those who stand out and are different—and it stuck with her all her life. As a first-generation daughter of a Taiwanese immigrant and a refugee from the Vietnam War, she knew from an early age what it felt like to be “different.” And while many would consider her early childhood typical, that all changed when she was nine years old.

On Thanksgiving Day weekend, Tiffany and her family were involved in a terrible car accident. Her father passed away, and Tiffany spent four months in a wheelchair and was left with a permanently paralyzed arm. With time and hard work, she regained her ability to walk—but that was just the beginning of her journey.

At JPMorgan Chase & Co.’s sixth annual Women on the Move Leadership Day, the disability advocate and founder talked about how she learned to navigate life’s new challenges with a positive outlook, and the importance of inclusion for all.

Embracing the “nail that sticks out”

Speak up and speak out

Returning to school after her accident was a major challenge for Tiffany—not academically, but with her classmates. The feeling of getting picked last in gym class and the other students’ visible uneasiness with her disability shaped how she felt about herself. At that early age, she realized, “People are uncomfortable with disability. And as a result, people are uncomfortable with me.”

On top of trying to fit in at school, Tiffany’s mother was a newly single parent, busy taking care of four children. With no outlet to talk about her accident, Tiffany felt isolated and alone. “When we don’t interact and engage, we rely on stereotypes found in the media, and these stereotypes are rooted in assumptions,” she said. So instead of starting a conversation and possibly saying the wrong thing, she said, people simply assumed they knew her limitations, felt uncomfortable and said nothing. “When we stay silent, we actually don’t grow and we don’t learn.”

Tiffany encourages others to be an advocate and speak up if they see others not engaging with people who have disabilities. "Your voice and your success helps others, including those who may be feeling left out," she said, adding that people should work to fight assumptions and treat people based on their experiences, not stereotypes.

It took over a decade for Tiffany to work through the challenges associated with having a disability. Her own feelings of pity, victimization and shame played a huge part in how she felt about herself – as she said, her nail had been hammered down. By playing into presumptions about her disabilities, she internalized those harmful messages. “What we think are our own capabilities are lower than the bar of where we can be,” she explained. She had counted herself out before she even started.

To reframe that perspective, she knew she needed to change her thought process. She asked herself “What if we look at disability as identity?” It’s not just about overcoming the possible trauma of your disability and pain, because those things are who we are, she explained. Instead, it’s more about becoming, embracing and living with the things that have happened to us.

Developing a positive disability identity can help people gain self-esteem, build self-image and believe in their own capabilities. By confronting disability stereotypes head-on, we humanize our life experiences, offering opportunities to share those gifts and connect with each other—and embracing what makes us all unique.


Establish your community of nails

“What exclusion looks like and means to me [is] feeling like a burden, which is one of the most dangerous things anyone can ever feel,” Tiffany said. “It means you don’t belong and you have to ask permission to even show up.” With 1 in 4 U.S. adults living with a disability1, the social isolation and loneliness coming from those assumptions can be crushing.

“Exclusion is what became the fuel to my fire,” she said. “Based on all these experiences that happened to me, I became passionate about inclusion, belonging and empowerment. I never wanted anyone who met me or touched my work to feel like they didn’t matter.” So when Tiffany couldn’t find her community, she created it.

By bringing non-disabled allies into her work at Diversability, participants are able to celebrate their own diverse, lived experiences – as individuals are, in their own ways, a nail that sticks out. “You’re paving a way for all of us who thought invisbility was our only method of survival,” Tiffany said. “And soon we won’t be the only nail that sticks out – we’ll be joined by another nail, and another, and another.”

Tiffany said joining a community of nails that stick out is how we can really thrive. "Community is about becoming and embracing what has happened to us," she said. "Community is healing, offering a sense of belonging."

By connecting with others, we can start to see our own potential, support our own self-growth and build a sense of pride in our community’s values. And once we establish our own self-worth, we can feel like we truly belong. “Belonging happens when you are seen for who you are and what you can contribute,” Tiffany said.


Be the nail that sticks out

Tiffany understands the importance of being the nail that stands out and drawing attention to herself. As a disabled woman of color sitting at the intersection of racism, sexism and ableism, she knows her nail isn’t defined by who is she or what happened to her, but by her lived experiences. From her investment banking career on Wall Street to becoming a 2020 co-chair for the United Nations Summit, these diverse experiences made her the “nail that sticks out” today. And she couldn’t be happier. 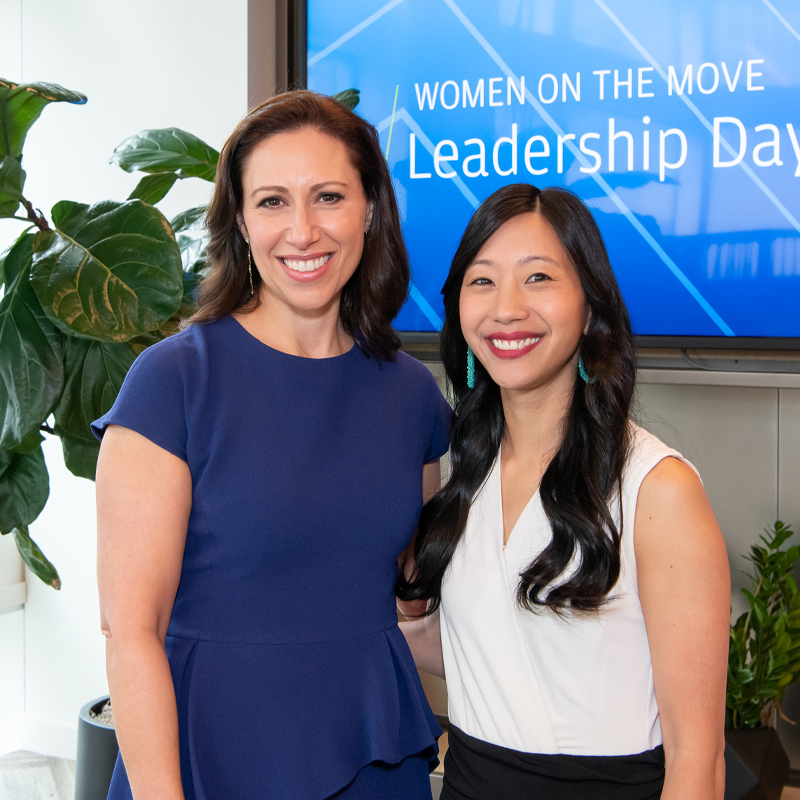 Read more on how JPMorgan Chase helps fuel women’s ambition and advance financial equality through Women on the Move.

Our Office of Disability Inclusion is committed to helping people with disabilities grow their careers, develop new skills and become strong leaders.