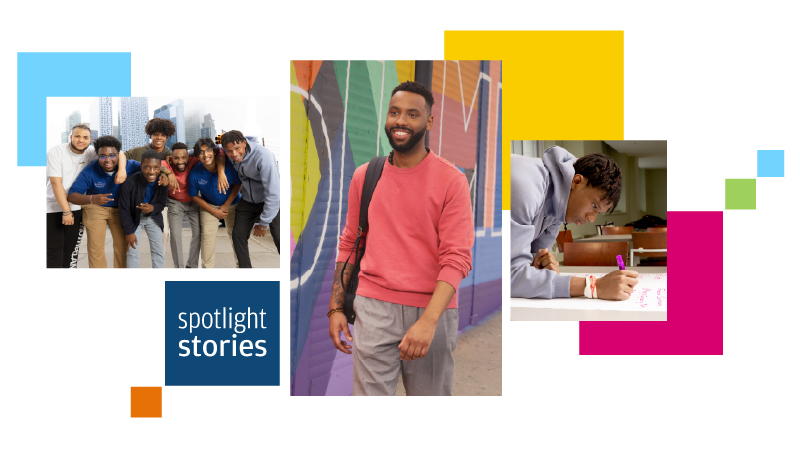 As a child, Dariel Vasquez dreamt of going to college. Despite his drive and strong academic performance, he faced real-world challenges as a Black male growing up in a housing project in Harlem.—only 59 percent of young Black boys in the US graduate from high school.

Determined to help change the narrative, Dariel went on to not only get his degree, but pay it forward, working to help increase the high school graduation rate of Black boys in 42 high schools to 90 percent. 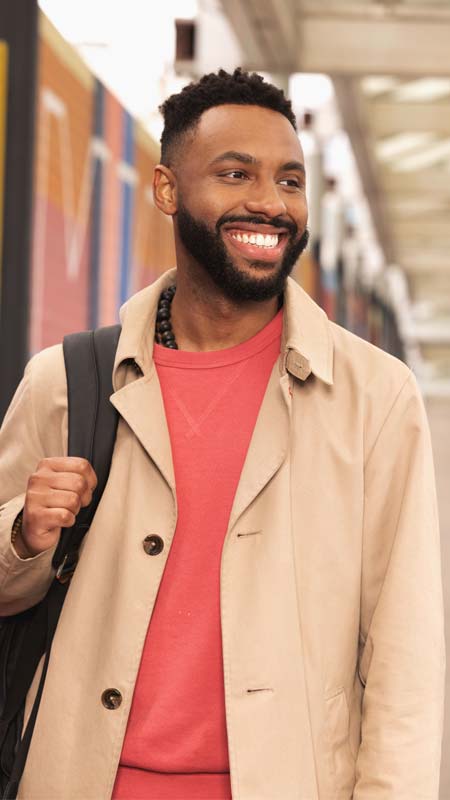 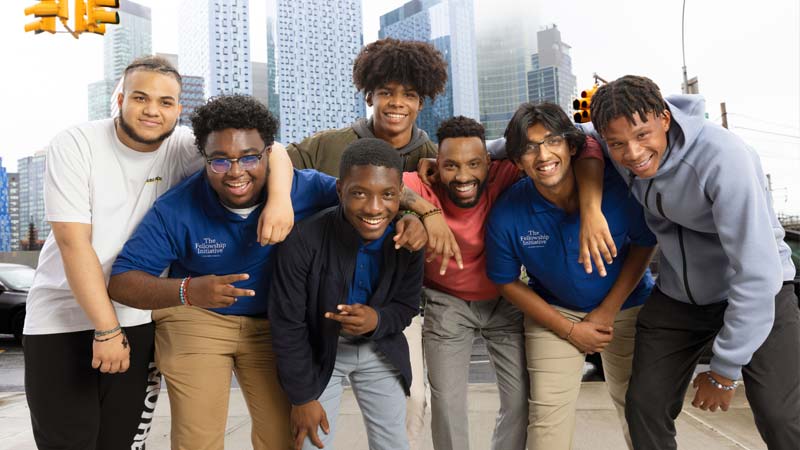 Dariel’s journey began in ninth grade, when his principal told him about The Fellowship Initiative (TFI). This program, launched by JPMorgan Chase, provides comprehensive and hands-on academic, social and emotional support to young men of color in high school so they can forge pathways to graduation and post-secondary success.

“They were looking specifically for young men of color," Dariel recalls. “My principal said it was a tremendous opportunity. She ended up driving me down to my interview." 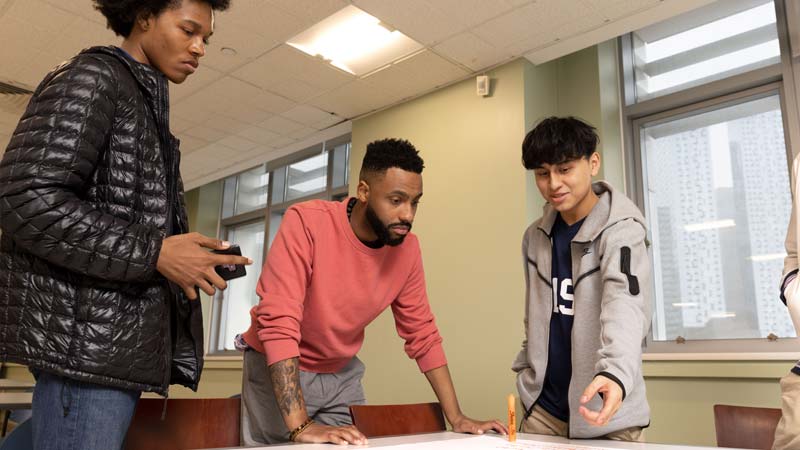 In 2010, Dariel joined TFI's inaugural class, where he started taking extra classes to improve his academic skills and was assigned a mentor who worked at JPMorgan Chase. "TFI gave us all the resources of a small, private high school in a day-long rigorous academic program every Saturday," he says. "Princeton Review came in and gave us SAT prep. They even took us abroad."

Perhaps most importantly, Dariel was surrounded by other young men of color who shared his goals and drive. “A lot of us had latent potential, but we came from communities that were under-resourced," Dariel says. "TFI gave us a fair shot of reaching our goals."

The Beginnings of Brothers@

Dariel decided to attend Bard College, a small, predominately white, liberal arts college in upstate New York—though this led him to an unhappy realization. As first-gen Black students, the culture shock and isolation Dariel’s peers were facing while navigating a mostly white institution led to them transferring or dropping out in their first year. 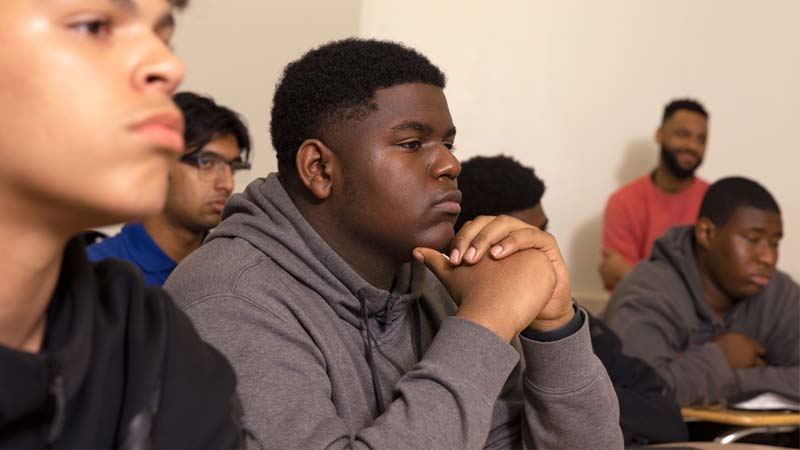 When Dariel’s friend, Harry Johnson, Jr., announced his plans to leave Bard in their freshman year, Dariel realized that what they and other young men of color on campus needed was a group to support each another—a brotherhood similar to what he had at TFI. Dariel convinced Harry to stay, and after, they created Brothers@Bard.

From his experience in TFI, Dariel understood the impact of a strong support system—and he wanted to create that for himself and his peers. “I started Brothers@Bard because me, and guys like me, didn't have a support network," Dariel says. "We came together and started our own." 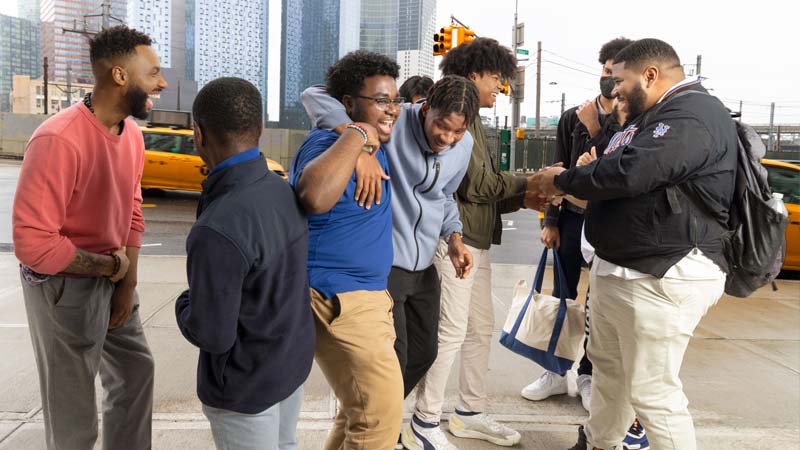 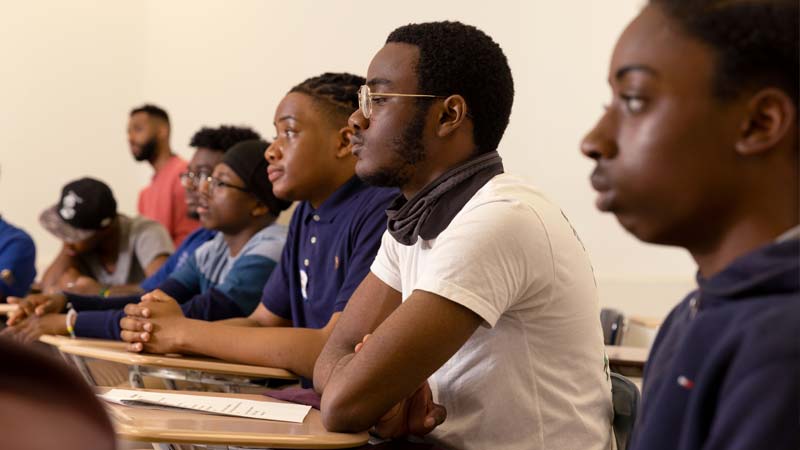 Dariel and Brothers@Bard didn't know it, but they were confronting a national trend. Several research studies by Doctor Shervin Assari—a Family Medicine Professor at Charles R Drew University of Medicine and Science—show that education and income may fail to protect the mental health of Black men. As their socioeconomic status

"High socioeconomic status Black men are less likely to be around other Black people, which increases their experience of discrimination," says Assari. “It is a cost that Black men and boys pay as they move upward in society. This is the price of the ticket for them."

Dariel and his friends soon realized that a culture of inclusion was missing from their experience. "Finding a sense of belonging and building a support network through TFI got me into college," Dariel says. "Now the question was: how do we create that on-campus to get through college?" 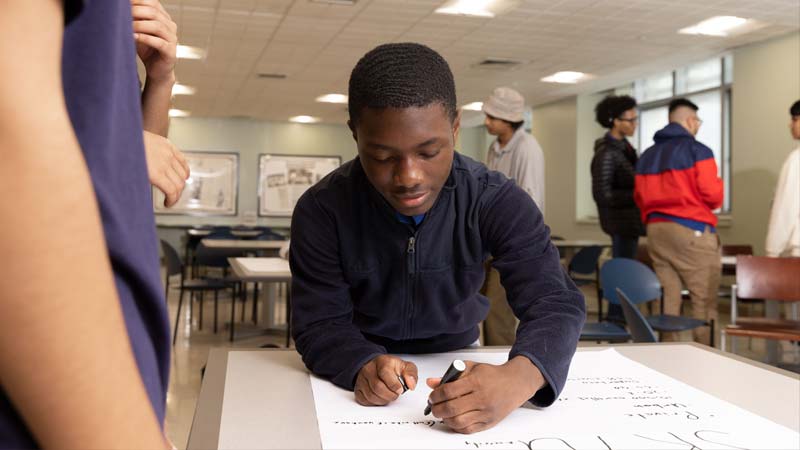 Dariel and his friends in Brothers@Bard decided to build a community of their own, where they could talk about their experiences, discuss what they were feeling and share their knowledge.

And as they found people they could help—or people who could help them—they expanded their network.

In 2014, they started mentoring students in New York at Kingston High School, providing a safe space for the high school boys to discuss their life experiences with young men who had made it into college.

“Dariel and TFI came full circle when Brothers@—the national version of Brothers@Bard—began a workshop series for the program. Like the TFI program Dariel attended in high school, the workshops he conducted with Brothers@ gave young men of color the opportunity to discuss their shared life 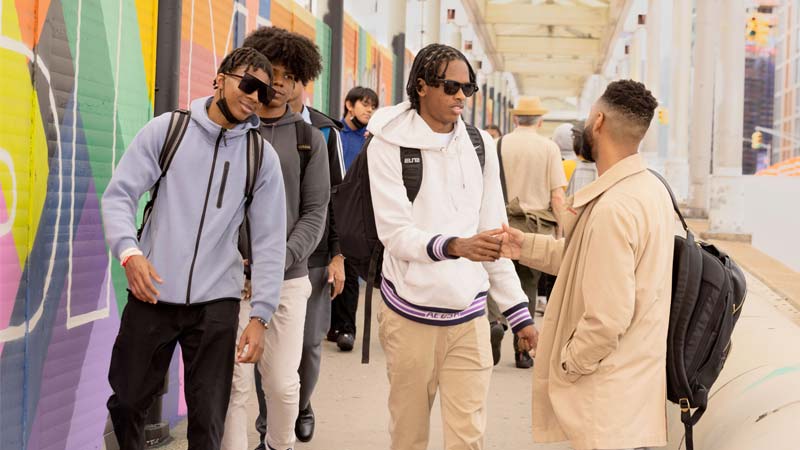 experiences—a process that, for many of them, inspired the personal statements they submitted for their college applications.

But even though Brothers@ has moved far beyond its origins in a dorm room at Bard, moving nationwide with over 200 students enrolled, its basic elements remain the same: It gives students a supportive mentor, helps them develop a sense of ownership in their lives and provides an emotional space where they can talk openly with their peers about what’s going on in their lives.

And their basic message has stayed consistent, too. “We're here to offer you the resources and the opportunities you need to be successful," Dariel says. "The world is yours and it's not confined to your block.” 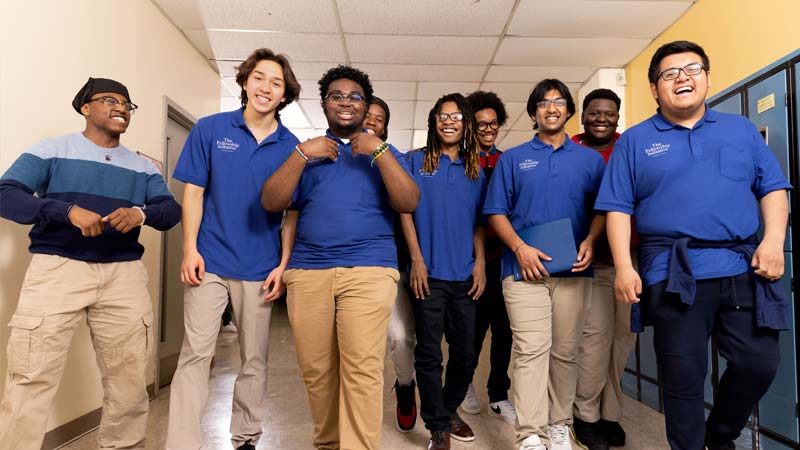 JPMorgan Chase is not responsible for views expressed other than our own. This Spotlight Story is for informational purposes only. The content is not intended to be a substitute for professional advice, diagnosis, or treatment. Always seek the advice of your mental health professional or other qualified health provider with any questions you may have regarding your condition.