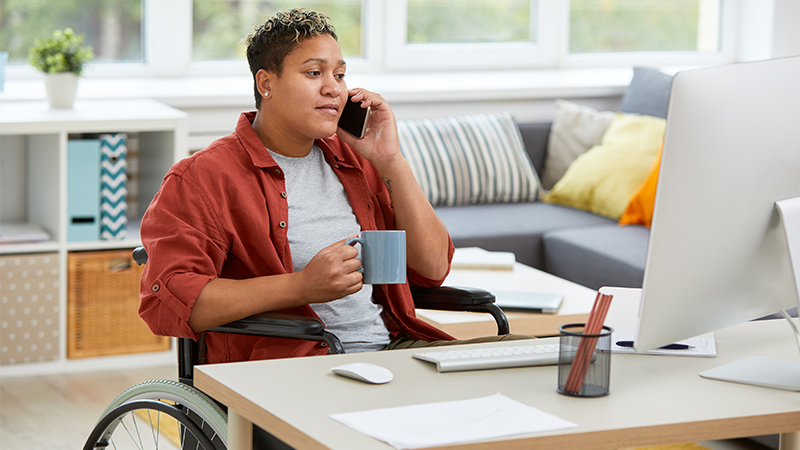 Expanding Economic Opportunity and Mobility for People with Disabilities

The current structure of Supplemental Security Income (SSI) in the United States places working individuals with disabilities at risk of losing their economic security.

That assertion is at the heart of a new issue brief  from the JPMorgan Chase PolicyCenter that calls for updating and simplifying asset and income limits for SSI to expand economic opportunity and mobility for people with disabilities.

And it’s something that’s long overdue, according to Jim Sinocchi, head of the JPMorgan Chase Office of Disability Inclusion. Since he arrived at the company in 2016, he’s advocated for removing these barriers in meetings with government officials and members of Congress.

“These antiquated limits not only inhibit our firm’s ability to recruit and benefit from talent within the disability community, but they also hamper employers’ efforts as a whole to advance diversity and inclusion while investing in their communities,” Sinocchi says.

“Wouldn’t it be better to incent more people with disabilities to enter the workforce and earn what they deserve instead of holding them back because they worry — and their caregivers worry — that they could lose their benefits if they earn too much?”

By way of background, SSI is a federal assistance program administered by the Social Security Administration (SSA) that provides income supports for people who qualify as disabled and have limited resources and income.

The PolicyCenter notes in its brief that important features of the program have not changed since it was established in 1972:

Other disincentives to work faced by SSI disability beneficiaries include potential loss of income supports and health insurance, complexity of work rules, and delays at SSA in processing beneficiaries’ earnings reports that lead to overpayments (which serve to further shrink already insufficient benefits by requiring beneficiaries to repay the government however much they were overpaid).

Sinocchi commends the PolicyCenter’s efforts to work with the appropriate legislative representatives and policy movers to get the income limits raised appropriately to enable these individuals to gainfully work and earn a living without fear of losing their benefits.