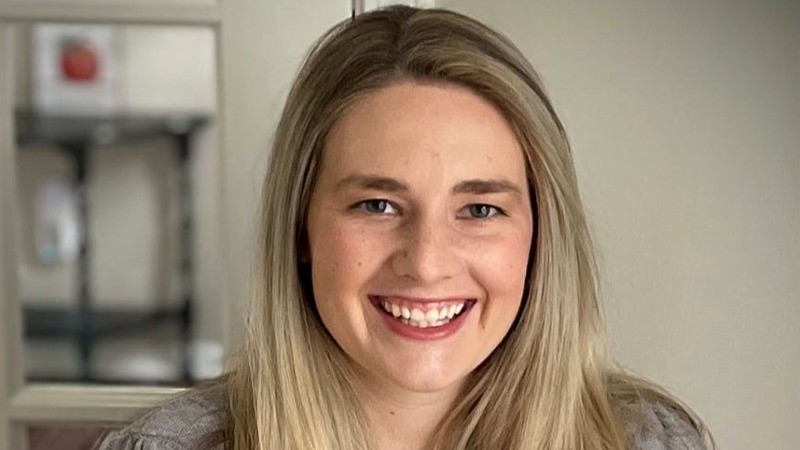 Science, technology, engineering and mathematics, or STEM, has become a growing field for young women to become more involved in, especially through the creation of “Breakthrough,” a program through JPMorgan Chase.

Started by Paige Love, an Ohio University alumna and vice president of software engineering at JPMorgan Chase, the company has long been involved in exposing youth to the world of STEM, especially after hearing its fellow employee’s journey to becoming a female engineer.

“When I was in high school, I really wasn’t sure what I wanted to do or major in,” Love said. “I knew I liked math and science…and my mom found a camp for people who are interested in engineering at Ohio University going into my senior year of high school. I went to this camp and it was an amazing experience.”

Love said she learned about all the different engineering disciplines, which connected her to other women at the camp, such as professors in STEM, and enjoyed the all-female environment. Because of OU’s resources, Love found her own source of inspiration to start Breakthrough.

She decided to pitch this program based on her own background in STEM working with JPMorgan Chase. Additionally, she had experience with discussing the importance of the field, once serving as an engineering ambassador at OU’s Russ College of Engineering and Technology. Because of her extensive knowledge, JPMorgan Chase welcomed her vision.

Since 2018, the program has been running smoothly with Love at the forefront. Breakthrough focuses on developing STEM-related experiences for young women, specifically eighth grade girls in the central Ohio area, while diversifying the STEM field.

“The program is really focused around the exposure piece, so it helps middle school girls, specifically eighth grade, because ideally after the program, we’d like them to take some type of  STEM or computer science class in high school,” Love said. “It’s targeted around helping these middle school girls understand how their passions can become IT careers.”

The Breakthrough program allows for discussions revolving around the importance of STEM programs like this for all women in STEM in the near future.

“I think that it’s (Breakthrough program) really cool because by the time some girls get to high school, it can be easy to be discouraged from pursuing STEM subjects,” Alexandra Wells, a freshman studying astrophysics, said. “So starting early like that is a really good idea to encourage those interests and also to just increase the amount of women in STEM in college and also the workplace as well.”

It has also allowed for women in STEM-related majors at OU to give their insight.

“For me, when I was taking a lot of higher STEM classes, it was class of 25 and four girls in total,” Emma Sullivan, a freshman studying mechanical engineering, said. “I think it’s really cool to introduce girls to STEM young and then they figure out if they like it or not. To expose them instead of just having them assume from a young age that it’s a guy thing – I think it’s important to establish that young girls can do it too.”

Because of Love’s drive and efforts, she has received much praise for the success of Breakthrough across Ohio. Recently, Love won the “Diversity & Inclusion: Positive Impact in Technology” award at the ComSpark 2021 Central Ohio Power Player Awards. Love was praised for her dedication to improving diversity and inclusion in the STEM field.

Now, the program is expanding to Florida, and Love is ready to attract more young women who have a love for STEM. She hopes the program extends to more JPMorgan Chase tech centers in the future, as well as to rural communities.

“I didn’t know any female engineers,” Love said. “I really didn’t know any engineers in general growing up, so if you don’t know what’s out there, how are you expected to make these career decisions? It’s pretty personal to me because I didn’t know, and if I didn’t have this experience, I don’t think I’d be an engineer. It’s getting that exposure and getting students excited about computer science in STEM.”

A version of this story originally appeared in The Post.