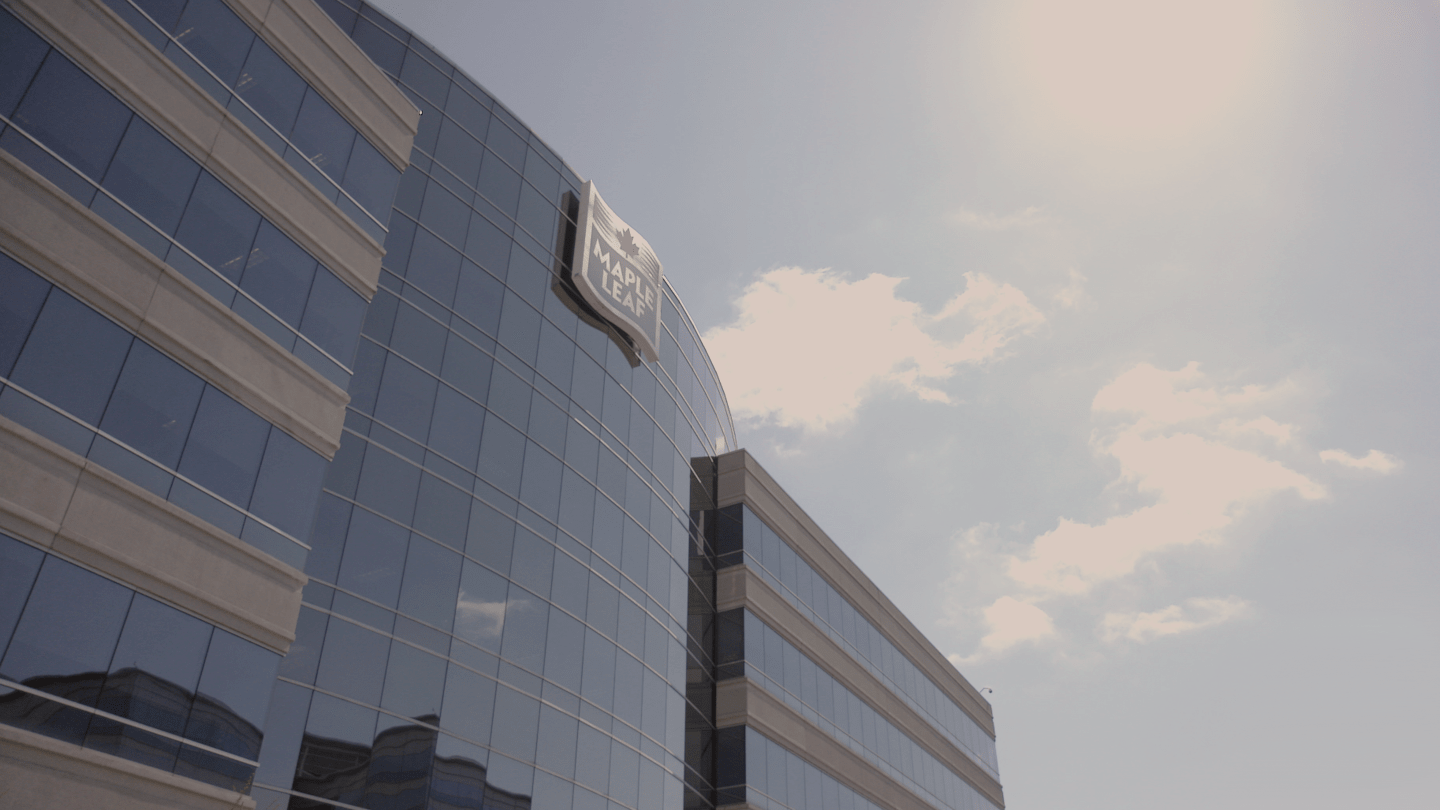 Building a New Sustainability Model for the Food Industry

Canada’s Maple Leaf Foods is working to become the most sustainable protein company in the world.

Commercial Banking client Maple Leaf Foods is a meat- and plant-based protein brand that’s working to become the most sustainable protein company in the world. And while the publicly traded company has over a century in meat production—one of its predecessors even helped Toronto earn the nickname ‘Hogtown’—Maple Leaf Foods is set on the future of the food industry.

Maple Leaf’s sustainability commitment is more than just words on a website or fancy packaging. This Mississauga, Ontario-headquartered client is taking its goal seriously, becoming the world’s first major carbon-neutral food company in 2019 and the only food company in Canada to set Science Based Targets in 2019. One of those targets: reducing greenhouse gas emissions 30% by 2030.

“The day I knew that we became carbon-neutral and that our investments in so many high-impact projects throughout North America were doing their job to protect the planet was truly one of the most satisfying and proud days of my career,” said Michael McCain, president and CEO of Maple Leaf Foods.

The company’s sustainability efforts also ranked Maple Leaf second globally against meat, poultry, dairy and farmed fish companies in the FAIRR Initiative’s 2020 Protein Producer Index and, along with just two other companies in the world, recognition as a “Low Risk” food producer.

As a “farm-to-fork” company, Maple Leaf Foods recognizes the unique challenges raising livestock brings to managing its carbon footprint. Specifically, the company is working to reduce methane, the most significant source of greenhouse gas in its production processes.

“We’re exploring exciting approaches to capture methane and convert it to renewable natural gas, which fundamentally pivots our footprint,” McCain said. “We’re also advancing our knowledge and practices in regenerative agriculture, which is a method of farming that focuses on improving each farm’s resources, rather than depleting them. Some of our efforts include topsoil regeneration, improving the water cycle and increasing biodiversity."

“We’ve renovated our products to use to simple ingredients that people can understand,” McCain said. “We’ve also focused on our animal care practices, like shifting to open sow housing, fitting our transport trucks with hydraulic lifts for pigs and shifting to climate-controlled trucks for chicken transport.”

McCain hopes Maple Leaf’s advancements will prove to other leaders that carbon neutrality is possible in the food industry.

“Science-based targets are possible—and you can do all this and be profitable,” McCain said. “Most importantly, we don’t want to stand alone as a carbon-neutral company and believer in science-based targets; we want to become part of an inclusive group of sustainability leaders who embrace these same initiatives.”

It’s a business strategy that goes beyond social responsibility.

Reaching that shared value framework was decades in the making, but it especially came into focus for McCain at a future of food discussion with global activists at a Davos luncheon. At that discussion, the activists predicted the demise of Maple Leaf’s industry, McCain said.

“Ignoring existential threats of this climate change crisis, and our role in it, would be the ultimate act of negligence,” McCain said. “Our choices were clear: ignore the problems by defending what we were doing, or embrace the problem and change. But we also needed to make it worthwhile to shareholders by monetizing our environmental leadership where we possibly could.”

Partnering in an Ambitious Goal

Maple Leaf’s move toward sustainability hasn’t been an effort they’ve had to tackle completely alone. Last year, J.P. Morgan extended an ESG-linked credit facility—the first of its kind in Canada—to the company.

“J.P. Morgan has been an incredible partner for Maple Leaf because we have a shared commitment to sustainability,” says McCain. “The well-publicized ESG-linked credit facility [that J.P. Morgan] extended to us in recognition of our efforts will provide incentive to other companies on the same path we are on, and provide additional, tangible rewards for sustainability leadership.”

Maple Leaf is using the credit facility to support its growth in both meat and plant production. These growth initiatives include constructing a $720 million technologically advanced and animal welfare-focused poultry plant in London, Ontario.  Maple Leaf also put its ESG credit facility toward acquiring and retrofitting a food processing plant in Indianapolis, Ind., which will produce the plant-based protein tempeh.

Making better meat and reducing the environmental impacts of their facilities isn’t the only way Maple Leaf Foods has become a leader in food production sustainability. The company has also embraced diversifying its protein offerings to meet consumer interest and their sustainability goals.

McCain said Maple Leaf will always be a protein company at its core, and fortunately, the company’s portfolio is able to adapt to consumer preferences.

“Satisfying the evolving needs of consumers is good for business and for the environment,” he said. “We know that plant protein has a smaller carbon footprint than a meat-based diet, but meat consumption is also part of our culture and has unique nutrition benefits.”

By broadening their protein offerings and providing both innovative and great-tasting products, Maple Leaf Foods not only reduces their company’s own carbon footprint, but they’re bringing their consumers along as well.

“Sustainability is a journey, not a destination,” said McCain.