The US government projects that American households will save on average $700 this year on gasoline, as the price of a gallon of gas has fallen by nearly $1.50 from its peak of $3.70 in April 2014 and is projected to remain low through 2015. But who feels the biggest increase in spending power? How much of that extra money do consumers spend, and what do they spend it on?

Until now, the answer to that question has come from surveys or estimates based on aggregate data and has indicated that less than half of the money saved at the pump was spent. However, this report by JPMorgan Chase Institute shows that individuals are spending roughly 80% of that extra money. With lower gas prices expected to last through the year, this extra disposable income is fueling consumer spending on categories other than gas.

Our data, drawn from 57 million Chase regular debit and credit card customers illuminated the effects declining gas prices had across the US. These four findings cover gas spending and savings, geographic location, age and income level, and consumer spending.

Finding Two: People in the South and Midwest spent more on gas and saw larger increases in disposable income when gas prices declined relative to those on the East and West coasts. 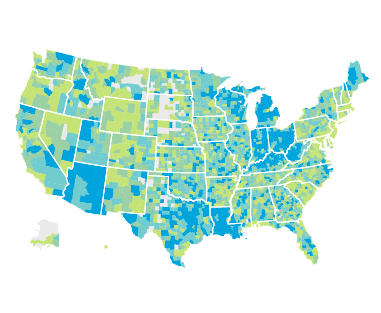 Although gas spending was highest among men, 30-49 year-olds, and high-income earners, spending on gas represented a larger share of income for men, 18-29 year-olds and low-income earners than for other individuals as a whole 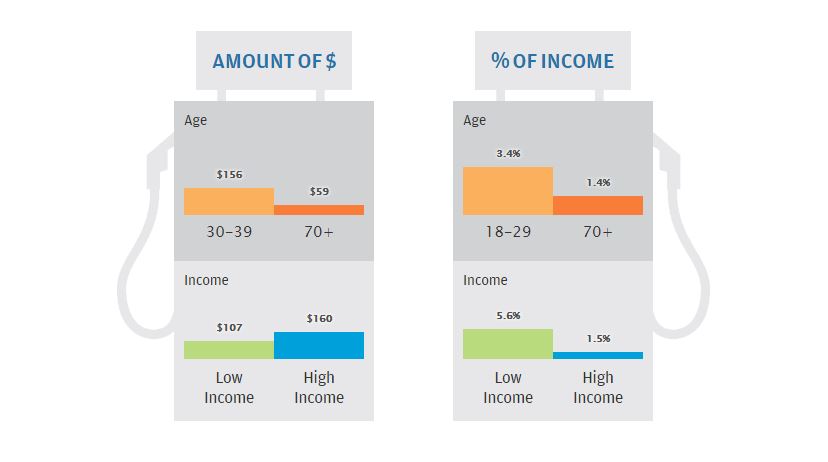 Increase in Purchasing Power from Drop in Gas Spending

Notably, the recent low point in gas prices in January of 2015 yielded gas savings that represented 1.1% of monthly income for low-income individuals, equivalent to 1.6% of monthly income when projecting total gas spending and not just credit and debit card transactions. 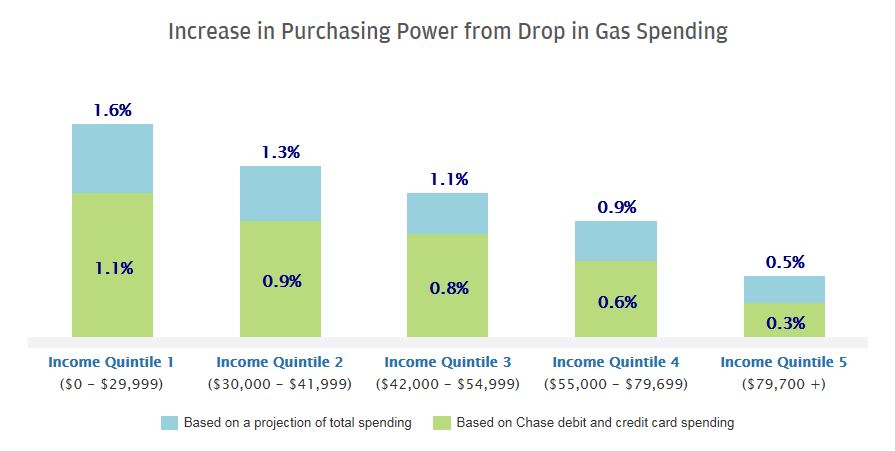 Drawing from a universe of over 57 million anonymized customers, we created samples of 25 million regular debit and credit card holders and 1 million core Chase customers to shed new light on the effects of gas price decreases on consumer spending. We examined spending behavior as prices dropped 45% to their recent trough in January 2015 to determine who experienced the biggest increase in spending power, how much money they spent, and what they bought. Answers to these questions are good indicators of what we can expect going forward if gas prices remain at these lower levels, as projected. 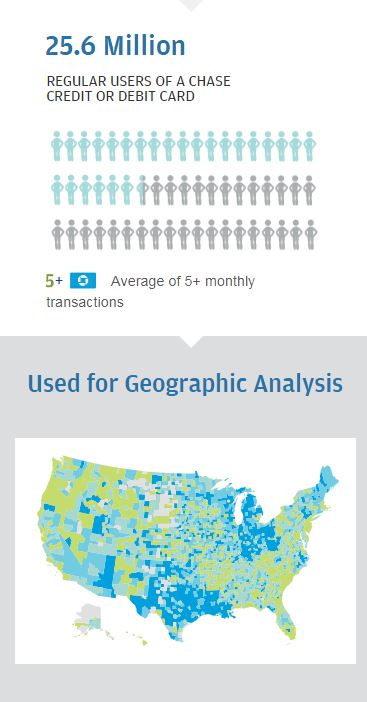 25.6 MillionREGULAR USERS OF A CHASE
CREDIT OR DEBIT CARD 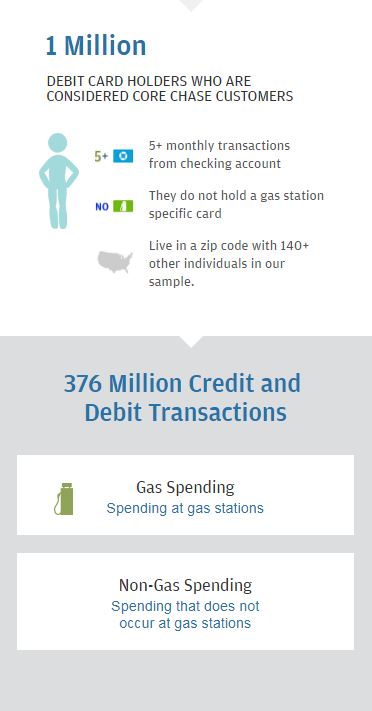 They do not hold a gas station specific card

Live in a zip code with 140+ other individuals in our sample.

Non-Gas Spending Spending that does not occur at gas stations

We conclude that people are spending their savings from the pump to a greater extent than previously thought, and that the recent gas price declines are fueling growth in personal consumption in nongas categories. This boost to consumers spending could be here to stay and even strengthen with time if gas prices remain low or continue to decrease as predicted. On the other hand, a substantial increase in gas prices might proportionately dampen consumer spend. We present evidence that the gains in discretionary spending from lower gas prices disproportionately accrue to low-income individuals, young people, and the Midwest and South, where people tend to spend more on gas. These regional and demographic differences are important inputs as policy makers consider gas tax reforms. Notwithstanding the environmental and infrastructure impacts from increased gas consumption, lower gas prices are good news for the U.S. consumer.