RESEARCH The Consumer Response to a Year of Low Gas Prices

In 2015, gas prices in the United States were 25 percent lower than they had been in 2014. The US Energy Information Administration projected that this drop in prices would put roughly $700 back into the pockets of US households. Understanding in detail how big this boost really was, who experienced it, and how people responded has important implications for the economy and policymakers.

This report relies on an anonymized sample of one million Chase customers across 23 states to quantify the impact of lower gas prices in 2015. Middle-income households spent about $480 less on gas in 2015 than in 2014, the equivalent of more than a one percent increase in annual income for 60 percent of households. The drop in gas spending between 2014 and 2015 varied across the country, with lower impacts felt in the West and urban areas of the Northeast. Households had the potential to save $630 at the pump, of which they spent the majority—58 percent—primarily on non-gas goods and services such as restaurants and retail.

Our data, drawn from 57 million Chase regular debit and credit card customers illuminated the effects declining gas prices had across the US. These four findings cover gas spending and savings, who was the most and least impacted and how lower gas prices impacted consumer spending.

Finding One: Middle-income households spent about $480 less on gas in 2015 than in 2014. Reductions in gas spending were equivalent to a one percent or greater increase in income for 60 percent of households.

Middle-income households experienced a $477 drop in gas spending from 2014 to 2015. This is a significant amount for middle-income individuals, equal to roughly 1 percent of income or more than half a month’s rent or mortgage payment.

60 percent of households—those in the bottom three income quintiles—experienced savings at the pump that were equivalent to at least 1 percent of annual income.

Over 1/2 of a monthly rent or mortgage payment

Finding Two: Seventy-two percent of households spent less on gas in 2015 than in 2014, but households in the West and Northeast were impacted the least.

Most impacted: Seventy-two percent of households spent less on gas in 2015 than in 2014, including one in three households that saved more than $500. 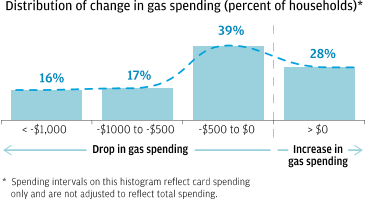 Distribution of change in gas spending (percent of households) 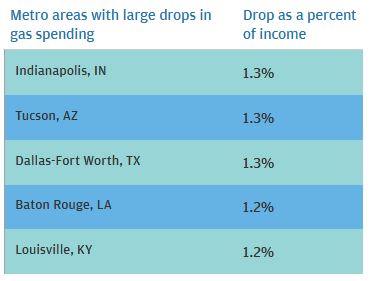 Least impacted: Households in the West and Northeast were impacted the least. 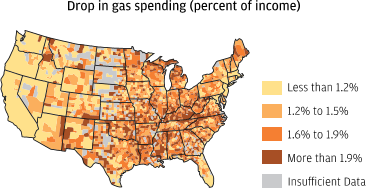 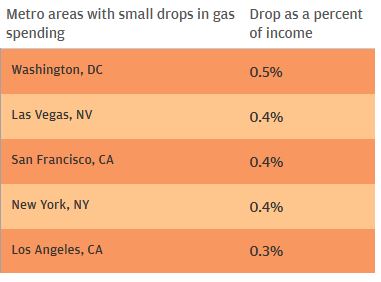 Finding Three: Households spent over $200—45 percent of their drop in gas spending—on things other than gas, primarily on restaurants and retail.

Households spent over $200 on non-gas goods and services, primarily on restaurants, retail, and groceries. Gains in these categories were offset by declines in Transit spending. 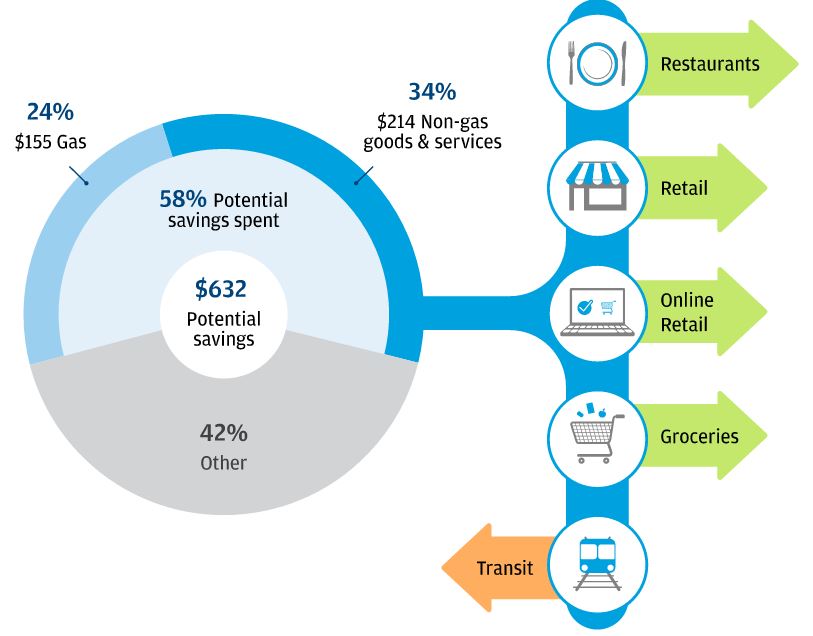 Gas prices were 25 percent lower in 2015 than in the prior year. From a universe of 57 million debit or credit card account holders we created samples of 1 million core Chase customers and 12 million regular card users. We ascertain the magnitude of savings households experienced from lower gas prices, and whether and on what they spent these windfall gains. 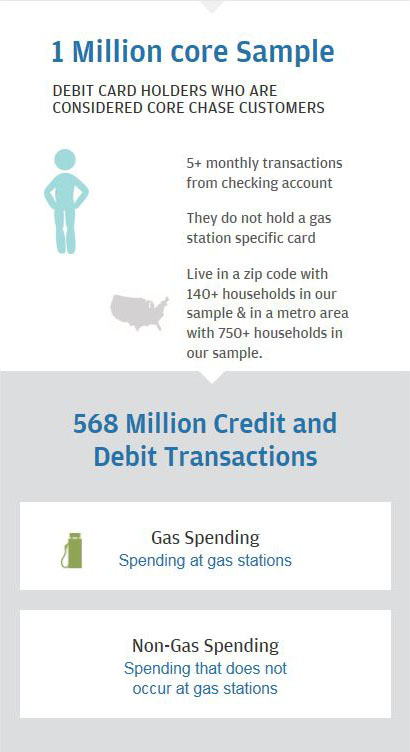 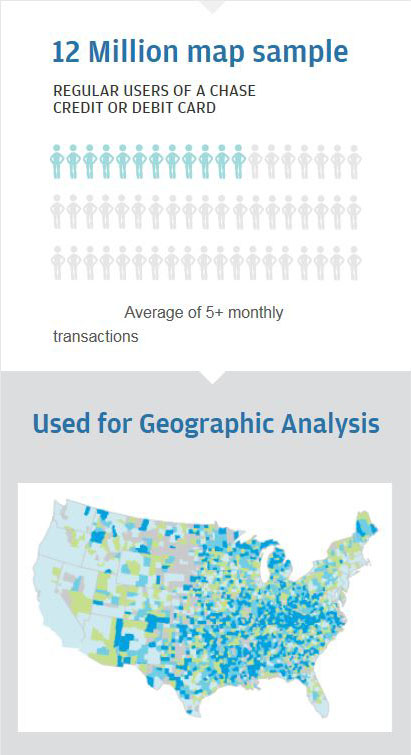