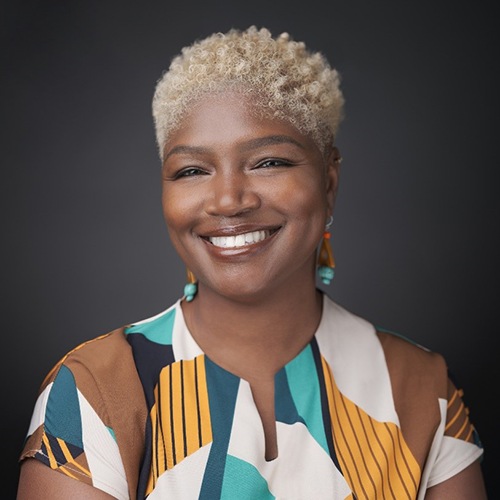 Monique King-Viehland is the Executive Director for Housing Market Affordability at the JPMorgan Chase PolicyCenter where she is leading the firm’s efforts to build a more affordable and equitable housing market. She brings more than 20 years of experience to the PolicyCenter and is highly regarded as an expert on racial equity, homelessness, and affordable housing issues. Prior to joining the PolicyCenter, she was an Associate Vice President in the Metropolitan Housing & Communities Policy Center and  a member of the senior leadership team for the largest policy center at Urban Institute. While at Urban she led the development of new bodies of work on racial equity and housing justice, including securing $2.6 million in new funding for the housing justice work. As a former practitioner and policymaker, she also led and informed research aimed at amplifying Urban’s impact by connecting with and translating what policymakers needed on the ground to drive change.

Monique previously served as Executive Director of the Los Angeles County Development Authority where she oversaw 580 employees and a budget of approximately $600 million. She was the first woman and African American to take the helm of the 40-year-old agency.  She led the agency through significant transformation, including the merger of the Community Development Commission and Housing Authority into one unified agency to augment cross-agency thinking and client service, increase organizational effectiveness and reposition the agency as a forward-thinking, industry leader in the provision of housing, community and economic development.

During her tenure, she also enhanced the LACDA’s efforts to fight the homelessness and affordability crises, including a ten-fold increase in the number of affordable and supportive units funded, increasing project based rental voucher commitments by more than 100% while also providing housing and housing assistance to hundreds of thousands annually. In 2019, she was recognized as a LA Power Woman by Bisnow.

She graduated with honors from Smith College and has a Master’s in Public Policy from Carnegie Mellon University.

She resides in Silver Spring, Maryland with her husband, Brian Viehland and her two children, Sage and Zora.