Making a difference in the communities where we live and work.

What Are We Doing

JPMorgan Chase has been a part of New Orleans for more than 180 years. Chase serves more than 180,000 local customers through 32 branches. Since 2005, JPMorgan Chase has donated more than $40 million to nonprofits working in Louisiana. We’ve contributed more than $2.5 million to career readiness initiatives to prepare people for the jobs of tomorrow and we continue to deepen our investments in promoting the growth of small businesses, the revitalization of local neighborhoods, and the financial wellness of local residents. We know the value of building relationships for the long haul; and we know that when we support local communities, we support opportunity, prosperity and inclusive growth.

Contributed to non-profits and charities

Veterans hired across Louisiana Throughout Louisiana

Throughout Louisiana, as of December 31 2017

This is a story of partnership.
On screen: new orleans & jpmorgan chase & co.

The kind of partnership that's happening in the places that define our spirit.

Like oc haley boulevard, where redevelopment, entrepreneurship, and the arts... Are breathing new life into he heart of our city.

And the french quarter, where new orleans school of cooking is sharing the flavor of louisiana with people from all over the world.

It's the story of the kind of partnership that helped xavier university stay strong during challenging times... And canal barge continue to make the mighty mississippi the lifeline of our economy.

The mississippi river's the whole reason that this city is even in existence.

All things new orleans really connect to the rest of the country through the mississippi river.
On screen: canal barge company & jpmorgan chase & co.

We've continued over generations to try to build a great company that is very much new orleans-centric.

I see a lot of shared values between canal and jpmorgan chase.

They actually care about are they helping us grow our business.

And, they've been there with us as we have gone through tremendous growth.

They see clearly it is in our mutual best interest for canal barge succeed.
On screen: canal barge company & jpmorgan chase & co.

Keeping the economy of New Orleans flowing for five generations.

Our Commitment to New Orleans 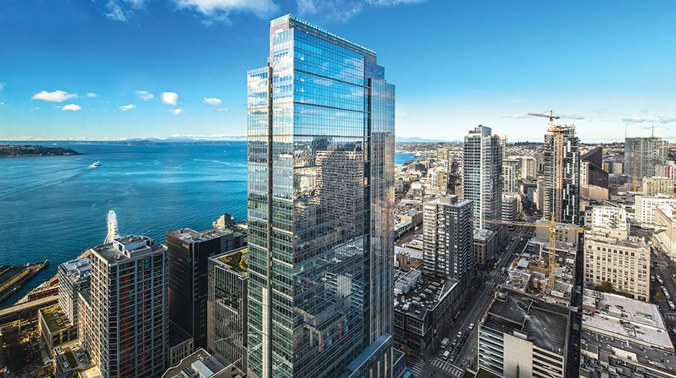