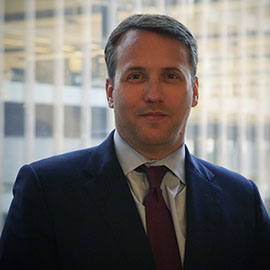 Troy Rohrbaugh is the head of Global Markets for J.P. Morgan, the industry’s largest trading franchise, and a leader in both Equities and Fixed Income. He is a member of the firm’s Operating Committee and CIB Management Team.

Prior to his current role, Troy was the head of Macro Markets, which includes the Rates, Foreign Exchange, Emerging Markets and Commodities businesses.

Troy has worked in the financial industry for more than 25 years and has managed businesses in New York, London and Asia. During his career, he has taken active roles in key industry organizations, including as the Chair of the New York Federal Reserve Foreign Exchange Committee. He has also served as the chair of the Global Financial Markets Association’s (GFMA) Foreign Exchange Group and as a member of the Bank of England’s Joint Standing Committee.