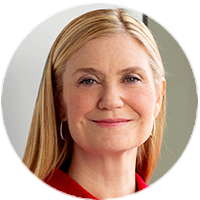 Marianne Lake is the Chief Executive Officer of Consumer Lending at JPMorgan Chase & Co. and a member of the firm's Operating Committee. In this role, Lake is the CEO of Card Services and responsible for Home Lending and Auto Finance. Chase Card Services is the number one credit card issuer in the United States based on sales volume and loans outstanding, inclusive of Chase's consumer and small business card businesses.

Lake, who has been with firm for 20 years, was previously the Chief Financial Officer for the company from 2013 to 2019. As CFO, she was responsible for a number of areas, including Finance and Business Management, Investor Relations, Chief Investment Office, Chief Data Office and the Chief Administrative Office.

Prior to this, Lake held several roles in the finance organization including Chief Financial Officer of Consumer & Community Banking from 2009 to 2012, and Global Controller for the Investment Bank from 2007 to 2009. She also managed global financial infrastructure and control programs as part of the Corporate Finance group from 2004 to 2007.

During Lake's first five years at the company, she worked at both Chase and J.P. Morgan in London. At Chase, she was the Senior Financial Officer in the United Kingdom, and at J.P. Morgan, she was the Chief Financial Officer for the Credit Trading business. Lake started her career as a chartered accountant at PricewaterhouseCoopers in their London and Sydney offices.

Lake is the co-founder of the Women on the Move initiative and the Operating Committee sponsor of the Women on the Move Interactive Network, the largest employee Business Resource Group at the company. She is on the Board of Directors of the New York City Ballet and has a Bachelor of Science in Physics from Reading University in the United Kingdom.