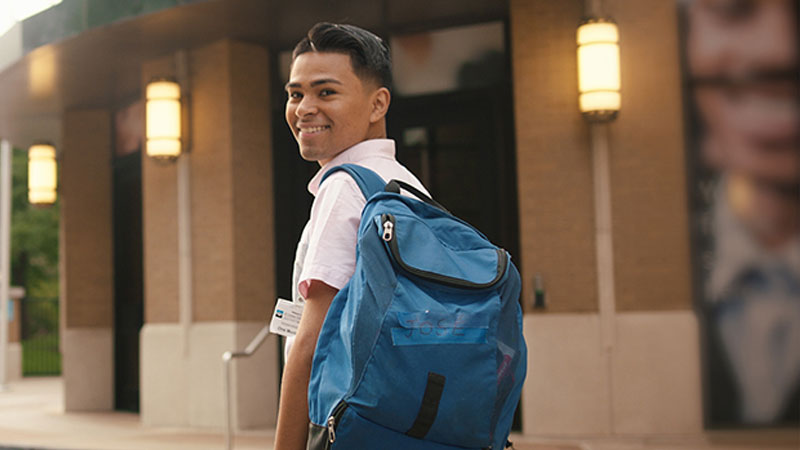 For Dallas Students, the Future Is Full of Promise

Jose Alvarez always knew that he wanted to go to college—the question was how he was going to get there. His family was supportive, but paying for college would have been a struggle. “I'm a first generation student and, to me and my family, school is very important," he says. “However, none of us have been able to achieve that until now."

But today, the 18-year old is a student at Central College in Dallas, studying dental hygiene. The solution, he found, was Dallas County Promise. An initiative of the Dallas County Community College District (DCCCD) Foundation and the Commit Partnership, the Promise provides a full-tuition scholarship for the first and second years of college to students in participating Dallas County Promise High Schools, regardless of grade point average or family income.

In addition to scholarships, Dallas County Promise promotes career pathway education in high schools with the goal of better aligning students' career aspirations with the needs of area employers. By doing so, it sets students on the path towards high-quality, well-paid, local employment, while simultaneously building a pipeline of skilled workers for area employers, particularly in the healthcare and technology industries, which frequently struggle to fill open positions with qualified candidates.

“What we have here is a chance to marry opportunity and talent" says Anne Motsenbocker, head of Middle Market Banking for Texas at JPMorgan Chase. As part of its $350 million commitment to support skill building and job training, the bank recently announced a $3 million New Skills for Youth investment in the Commit Partnership to run Dallas County Promise.

At its core, Dallas County Promise is about ensuring that more area residents have access to the growing North Texas economy, explains Eric Ban, Managing Director of the program. “There is tremendous economic growth and opportunity in Dallas for individuals who have the credentials and skills to access it. Increasingly, students who are economically disadvantaged are excluded from these opportunities."

For Dallas Students, the Future Is Full of Promise

Jose Alvarez: My family immigrated here for a promise of a better future.

The Dallas County Promise Scholarship gave me the opportunity to continue my parents’ legacy.

I made a promise that I was going to finish college and I’m gonna do it.

Backing Jose and Dallas-Fort Worth.

In fact, while the Dallas region consistently ranks among the top metro areas in employment growth, three out of four students in Dallas County are economically disadvantaged. Companies like JPMorgan Chase recognize the challenge and are working with the Dallas community to find solutions.

Since 2014 JPMorgan Chase has committed more than $10 million to skills-related training in Dallas alone, where roughly one-in-four graduating high school seniors from 2010 completed a 2 or 4-year degree by 2016. Many students are missing a critical requirement to securing quality jobs in in-demand fields like healthcare and technology, jobs which can pay over $20 an hour and offer meaningful opportunities for career progression. About 18,000 students from the class of 2010 alone have no college credentials, which equates to more than $18 billion in lost lifetime income.

“It's exciting to see the region's growth and strong economy, but it's heartbreaking to know this growth and opportunity isn't distributed equally," says Motsenbocker. “We owe it to our young people to give them a chance to hit the ground running."

Alvarez says that his scholarship has given him a clear path to the future. “You know what you're going into," he explains. “There's no buts anymore. There's no ifs. There's no excuse basically."

Dallas-Fort Worth Jobs and Skills