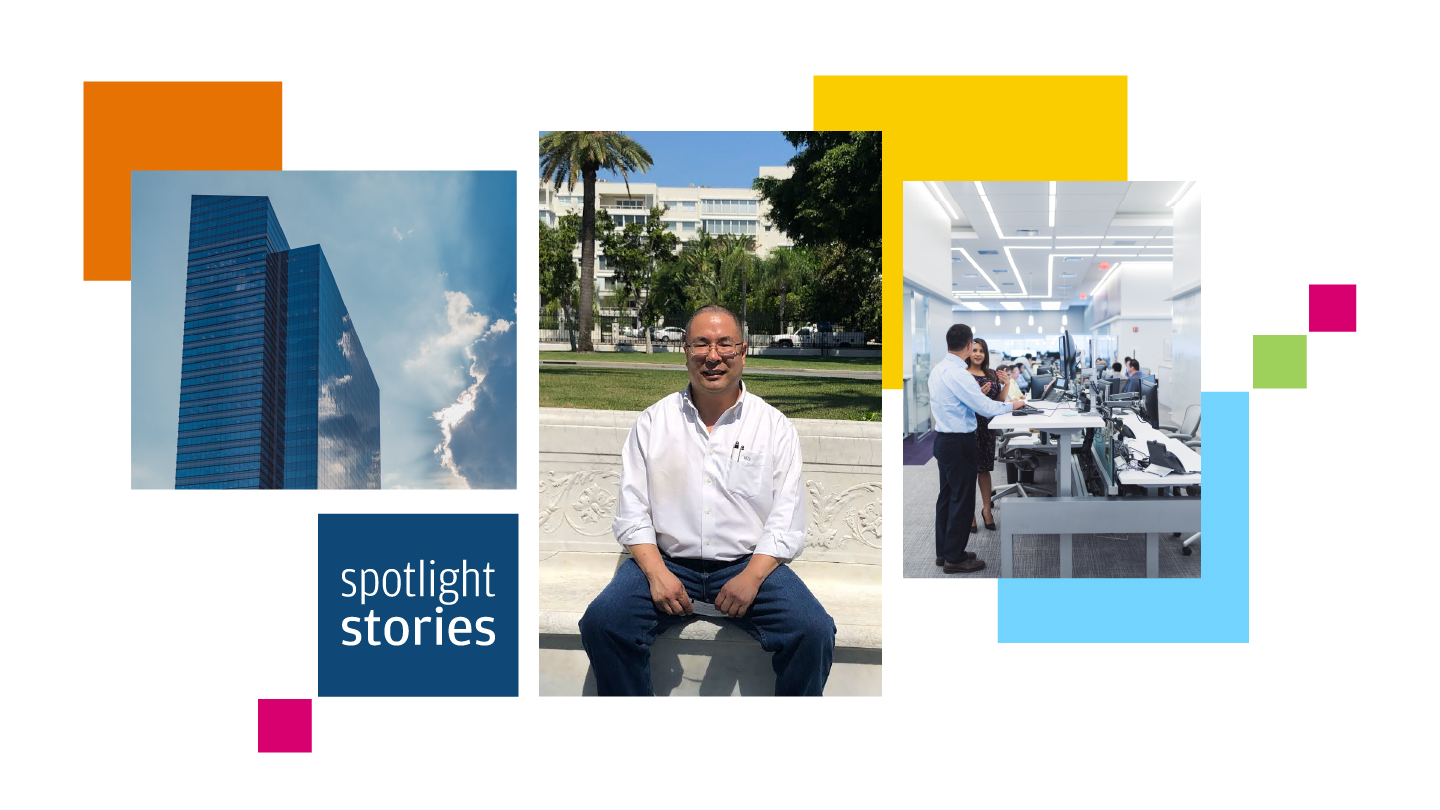 Finding Your Strengths...And Building Your Future

Martin Hughes was taunted at a young age because of his neurodiversity; today, it's helping him to thrive as a software engineer.

Growing up, Martin Hughes didn't know why he was different from the other kids, but he knew all too well the effect it had on his everyday life.

Some of Martin's teachers described him as stubborn, introverted, and unwilling to accept change. They chalked it up to his difficult childhood—born in Seoul, South Korea, he was left on the steps of a police station and wound up in an orphanage. According to them, he was having difficulties adjusting to adoption and adapting to life in the United States.

The kids around him, though, had different opinions: Martin's difficulties adjusting made him a target for bullying.

"I hated going to school each day, wishing I could do anything to take away the pain of being tormented for no reason," he recalls. "When others bully you, it transforms and shapes your life, and causes you to distrust others, giving you a victim mentality. It can destroy your capacity to flourish."

In middle school, Martin's handwriting was illegible, and he had to use an electric typewriter to complete schoolwork. At first, it was yet another thing that set him apart from his classmates, but then it opened the door to a new opportunity.

Before long, Martin moved on to using a computer, which led him to the internet. Once there, he soon found that he was able to easily do his research for school, as well as find instructional videos to help him with his classwork.

It also led him to a place where he didn't have to face abuse—and that changed his life.

"Computers are truthful," Martin says. "They don't play games, they don't stab you in the back and they don't bully you."

Computers also introduced Martin to a world of people outside the schoolyard. He found communities that embraced him—including Mensa, the world's oldest high IQ society, which welcomed him as a member.

"One of the things that impressed me was that I could talk to someone anywhere in the world instantly," he recalls. “I felt something really democratizing about that."

Long before today's social media apps and platforms crowded the internet, Martin discovered email and other basic tools for reaching out—places where his social discomfort was irrelevant.

His continued interest in technology also led him to his future. He began building computers and repairing hardware, which led him to study computer engineering in college, where he received a master's degree.

But while computers gave him opportunities, Martin still had difficulties. Despite his intelligence and experience—including work for a government agency that required a top-secret security clearance—he still struggled to find a permanent, satisfying role in a supportive culture.

Martin had long learned to live with his childhood diagnosis of “adoption adjustment," but his perspective changed when a supervisor noticed that he had a tendency to wander from task to task, often without prioritizing the most important ones. He asked Martin if he experienced Attention Deficit Disorder or hyperactivity. This simple question led to further discussions with specialists and—finally—a clear diagnosis: Autism.

“It was freeing to know I wasn't so different after all," Martin recalls. “Nearly all of my life I had wondered why countless job applications and interviews had failed. I know now that I struggled because most employment application processes aren't designed to accommodate those on the autism spectrum."

He also learned that some jobs don't fit well for people on the spectrum. Early in his career, Martin remembers often becoming “cognitively bored" at jobs like managing a McDonald's or a college bookstore, or working in a FedEx warehouse. He only found his calling after being introduced to a recruiting firm that specializes in placing neurodiverse candidates with fortune 100 companies.

Martin eventually found a home with JPMorgan Chase, through its Autism at Work program. Since 2015, the program has welcomed nearly 200 people on the spectrum into over 40 roles across the globe. 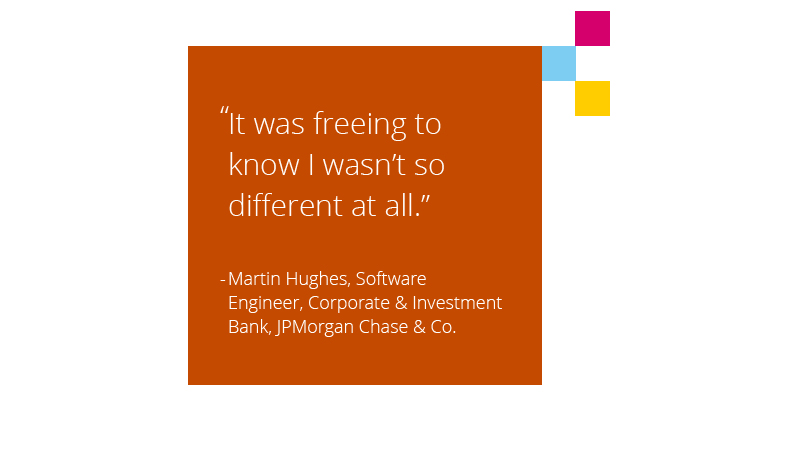 According to Martin, the welcoming attitude of the program began when he walked through the door, and he says the benefits of Autism at Work go far beyond simply getting a steady paycheck: He feels valued for his skills and knowledge. "Despite my supervisors and a few others knowing that I'm 'different,' I haven't felt 'different,'" he says.

It's also helped him with another lifelong challenge—finding a feeling of belonging. “I feel successful with respect to my technical interests, and I'm growing my software development acumen," he says. "I can talk to other tech enthusiasts without feeling bullied. I feel as if I can fit in."

A Unique Attention to Detail

Martin's supervisors have also noticed his unique skills, particularly his ability to offer insights and solutions to unclear or hard-to-detect issues. His “unique attention to detail," has been a particular asset, says his manager, Evan Hochman. "It's been great to be a part of Martin's journey at JPMorgan Chase," he adds.

Martin's experience has taught him some useful lessons about overcoming adversity:

Martin's growing confidence at work has made it easier for him to extend himself outside his workplace, too. He's developed an affinity for public speaking and now serves as co-chair of the Florida chapter of Access Ability, a JPMorgan Chase Business Resource Group that works with disabled employees to foster awareness and appreciation of their skills and potential.

Spotlight Stories: Celebrating the stories of those who rise to the challenge and inspire us every day. Stay tuned for more.