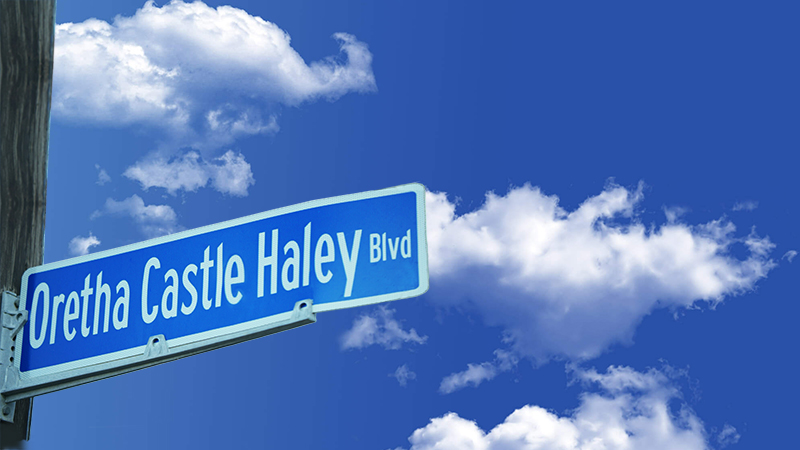 Transforming a neighborhood through culture and commerce

Central City New Orleans has seen its streets flourish and decline throughout its history. Today, however, thanks to a host of organizations, a community-focused renewal is marked with the spirit and vitality upon which this neighborhood’s foundation is based.

At the heart of this transformation is Oretha Castle Haley Boulevard, renamed from Dryades Street in honor of civil rights activist Oretha Castle Haley. In line with the zeal of this prominent local figure, O.C. Haley Boulevard, as it’s known locally, is the backbone of the Central City neighborhood, a parcel of New Orleans that is rich in history, culture and promise.

Founded in 1806, Central City was invigorated by the opening of the Dryades Street Market in 1849.1 The neighborhood served as a hub for both African-American and Jewish businesses at the turn of the 20th century.2 By the 1930s, Dryades Street evolved into a less racially-divided alternative to the highly segregated Canal Street shopping and entertainment districts3 and was home to several pioneers of early jazz, commerce, and civil rights.

The YMCA on Dryades Street, which has offered area residents prospects for education, employment and recreation since 1905, was an anchor for the civil rights movement.4 By the 1980s, however, with the population of New Orleans in decline, Central City had become overwhelmed with crime, blight and the loss of opportunities for neighborhood residents.5 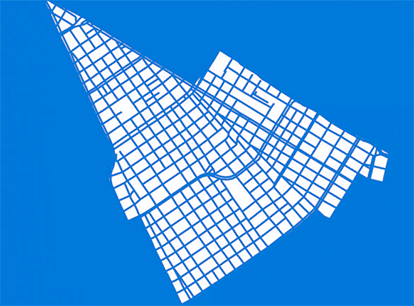 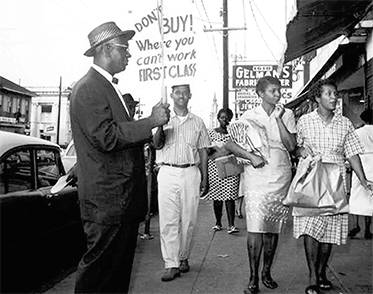 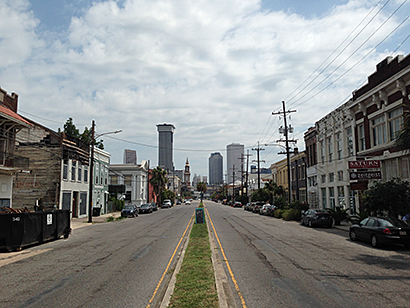 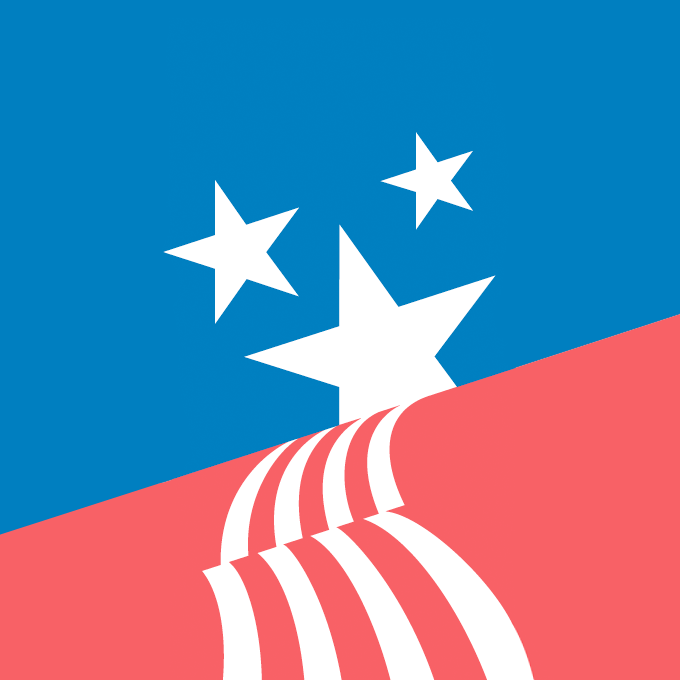 In 2005, Hurricane Katrina and the subsequent levee failures wreaked havoc upon the region in unprecedented ways. As the city began to rebuild, Central City residents resurrected comprehensive community plans created in 2004 to guide the neighborhood’s revitalization. With support from JPMorgan Chase and other funders, residents, community groups, non-profit organizations and public agencies united around catalytic projects, including the revitalization of O.C. Haley Boulevard. Throughout this transformation, the JPMorgan Chase Foundation has partnered with multiple O.C. Haley Boulevard community organizations dedicated to revitalizing their neighborhood. These partnerships have touched on all of the key points needed to help the community’s economy thrive—from education to employment, and from culture and the arts to housing development and business growth. 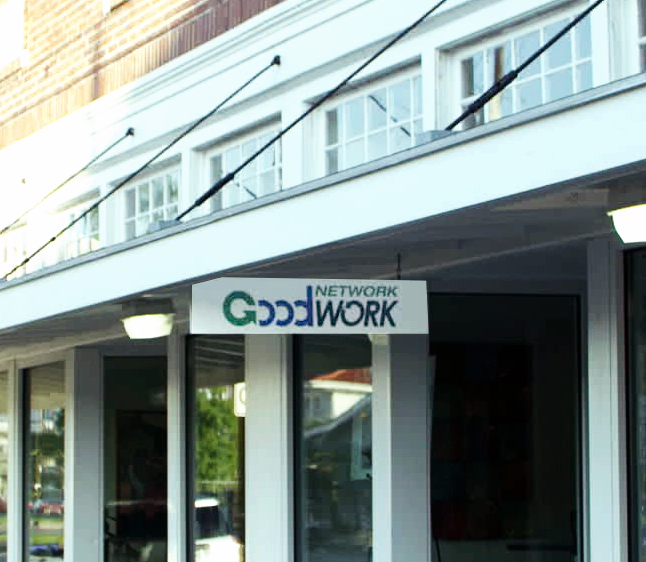 Good Work Network began as a virtual incubator for small and minority-owned businesses struggling in the community. But in the past few years, the organization has extended its services and programs to businesses of various sizes. All of its efforts, especially helping businesses with back-office support, are aimed at encouraging the burgeoning force of entrepreneurs in Central City and New Orleans as a whole.

While JPMorgan Chase’s initial involvement with the Good Work Network began as part of a community development and philanthropic strategy, the relationship has grown. In 2009, Good Work Network won the Chase Community Development Competition, wherein college students partnered with local nonprofits to develop eco–responsible real estate projects to serve one of 17 target recovery areas in the city. Good Work Network’s Franz Building project received $25,000 from JPMorgan Chase for its efforts. The organization received an additional $150,000 grant for the redevelopment of the Franz Building, a historic space at the end of O.C. Haley Boulevard. The Franz Building serves as office quarters for the organization as well as to host workshops and meetings. JPMorgan Chase also financed construction of the building through its Business Banking division and provided mortgage assistance and funded Good Work Network programs to provide small businesses with back office support and improve their creditworthiness.

We’re helping these businesses make connections, build relationships and break down barriers and stereotypes that might have hindered entrepreneurship in the past.

A hub for events, arts and cultural programs, and celebrating Afro-Caribbean heritage, Ashé Cultural Arts Center has been pivotal to the revitalization of the Central City neighborhood. It has served as an anchor for the community both physically and culturally, and is dedicated to bringing people together to think about ways to redevelop the corridor. The Center and the organization behind it, Efforts of Grace, Inc., are dedicated to cultivating human development, civic engagement, small business and economic justice in the local community.

Over the years, JPMorgan Chase Foundation has sponsored many grants and provided small business banking loans to Ashé. Some of these contributions enabled the Center to purchase the apartments above their facility and the building next door to create artist housing and event space. Overall, through collaboration with the Center, JPMorgan Chase continues to honor, support and advance the Boulevard theme of 'Community. Culture. Commerce'.”6

JPMorgan Chase knows the community and is genuinely interested in bringing people back to the boulevard and contributing to its landscape and its success.

Over the years, grants from the JPMorgan Chase Foundation have enabled GCHP to partner with local non-profits on other Central City developments. Additionally, through a strong, multi-pronged relationship with GCHP, Chase Community Development Real Estate has supported a number of other GCHP projects in Baton Rouge, in addition to New Orleans.

On O.C. Haley Boulevard, GCHP has recently completed many great expansion and renovation projects that include The New Orleans Mission, Tulane City Center, Ashe Power House and Café Reconcile. Other projects that remain in progress include further expansion of The New Orleans Mission and renovation of other run-down structures to revitalize the area.

“By developing blighted properties and providing affordable housing to the neighborhood, we’ve been able to solve, rather than hide, many issues faced by the community,” says Kathy Laborde, President and CEO of GCHP. “We are huge fans of JPMorgan Chase. The bank has helped us do so much for the people of this area.”

The Youth Empowerment Project (YEP) has been established on O.C. Haley Boulevard since the organization’s inception in 2004, and created a permanent fixture on the boulevard in 2012 with the purchase of their Youth Center. YEP’s Youth Center houses the organization’s afterschool, summer camp and employment readiness services, which cumulatively serve hundreds of young a year people ages 7—24.

YEP’s Afterschool program provides underserved youth ages 7 to 15 with academic support, group activities, field trips, assistance with basic needs, and individualized mentoring during the academic school year (August — May). The Afterschool program transitions into a six week Summer Camp, during which campers participate in a wide array of group activities such as field trips, swimming lessons, and arts and crafts projects. 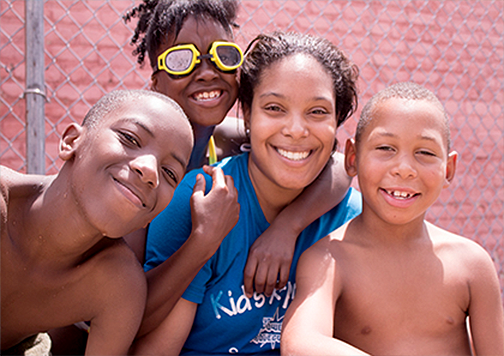 YEP’s employment transition services provide the critical hard and soft skill training and support that young people need to be successful in both secure and maintaining employment. This support includes one–on–one help with resume preparation, mock-interviews, group job training classes and assistance with securing “work ready” clothing for both interviews and jobs. YEP also works to remove any barriers young people might have to being successful in employment settings, including providing transportation and assistance with other basic needs.

“JPMorgan Chase’s support was critical in both helping us to purchase our Youth Center, and in supporting our post–secondary and employment transition services. Without the support of JPMorgan Chase, we wouldn’t have been able to secure a permanent presence on O.C. Haley or increase our job training services, because we just didn’t have the capacity,” says Melissa Sawyer, YEP’s Co–Founder/Executive Director.

Through these O.C. Haley partnerships, JPMorgan Chase spearheads initiatives on the ground with local organizations that have pledged to serve the needs of the neighborhood. These achievements contribute to a thriving ecosystem comprised of many moving parts working together to make the Central City neighborhood a bustling center of New Orleans once again.

For more information about these organizations, visit:

By Carolyn Heneghan
A freelance journalist, Carolyn has been a resident of New Orleans since she was ten years old.