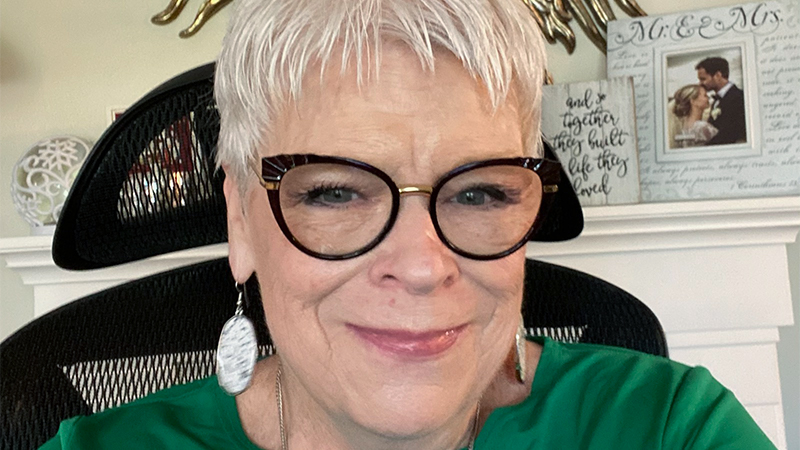 Illuminating the Invisible: The Disabilities We Can’t See

Everyone benefits when employees receive the support they need for non-visible disabilities that affect their work and their lives.

This article may contain general information about medical conditions, tests and treatments. The information is not advice, and should not be treated as such.

When Laura Bolesta was diagnosed with chronic obstructive pulmonary disease (COPD) over two decades ago, it wasn't a surprise. COPD, which obstructs airflow from the lungs, making it difficult to expel carbon dioxide, had also afflicted members of Bolesta's family, and she was familiar with the symptoms. When she began developing an increasing shortness of breath, she suspected the culprit.

Complicating matters was the fact that Bolesta had recently begun a new customer service job at JPMorgan Chase and worried that she needed to keep her disability a secret. “After the disease started to progress, I lived in fear that I'd lose my job and my medical insurance if people found out," Bolesta says. “It was pretty terrifying to think that someone would catch on. I felt very alone."

Her workdays became a series of complex maneuvers designed to keep her symptoms as hidden as possible. That became increasingly difficult when she needed to have an oxygen tank on hand in the office.

“I felt embarrassed but also did not want to be treated differently than everyone else, so I'd plan my day carefully—where to park to not have to walk too far and to schedule meetings either on the phone or in my part of the building," she explained. “If I had to go elsewhere, I'd leave 15-30 minutes early to take my time and stay out of sight because when you're struggling to breathe, it makes other people uncomfortable."

“Also, to avoid giving the impression that I needed sick days, I didn't take time off that I should have. In hindsight, that only added to the stress and fatigue."

Bolesta is among an estimated 20 percent of Americans who navigate life with an invisible disability, which the Invisible Disabilities Association (IDA) defines as “a physical, mental or neurological condition that is not visible from the outside, yet can limit or challenge a person's movements, senses or activities." These conditions include a host of issues, from brain injury to multiple sclerosis, chronic fatigue to PTSD.

Bolesta was vaguely aware that her employer, JPMorgan Chase, offered numerous resources and accommodations through its Access Ability Business Resource Group. But, during the worst of her struggles, maintaining excellence at work and the fear of being penalized for her disability left her with little energy to consider finding support. Instead, she moved to different positions so she could work more on the phone and keep her disability hidden, but that came at a cost: she knew her professional strengths weren't always being maximized.

Then, in 2013, things changed. Michelle Emmons, who Bolesta had interacted with over the years, was preparing to take an executive director role in the company. She knew she wanted Bolesta by her side.

“I wanted someone with her skills and abilities—a strong customer service person who could also work well with executives," Emmons recalls. “I approached her about the job and, although I already knew, she told me about her disability. I knew we were a good match and also that with the right support she'd be very successful."

It was a turning point for Bolesta: In 2016, with Emmons' support, she began the first of three courses of pulmonary rehabilitation—six- to eight-week sessions of education and exercise—that eventually led to weight loss surgery that helped her lose 100 pounds.

“Michelle asked me, 'What do you need to get better?' Bolesta says. “She just hit me over the head with it and the team followed. They believed in me, decorated my cubicle and picked up the load when I was in at my rehab appointments. Instead of being resigned that I would follow the same fate as my mother and grandmother, I decided to make some big changes."

Thriving Individually, as a Team, and Company

Six years later, Bolesta is doing better, both physically and professionally. With her energy no longer fractured by efforts to hide her condition, she is more confident, productive and creative. She has also taken over as chair of the Non-Visible Conditions Working Group, which she joined in 2018. The group runs events and disseminates information to help lift stigmas, educate employees, share resources and promote the training of managers to be more aware, sensitive and compassionate toward employees with non-visible conditions.

Working with Bolesta also reinforced Emmons' belief that a disability doesn't define a person. “Everyone jumps to conclusions about others, but I think it's important to give each other the benefit of the doubt and recognize that, with the right support and opportunities—including flexibility and good communication—everyone can make the most of their abilities," Emmons explains.

Bolesta maintains that people with secrets don't thrive as they would in an open environment.

“The more people come forward, the more everyone will be able to bring their whole selves to work," she says. “A team can't function at its highest capacity if one or more people has something going on that the others aren't aware of."

Hear stories from more of our employees who are thriving