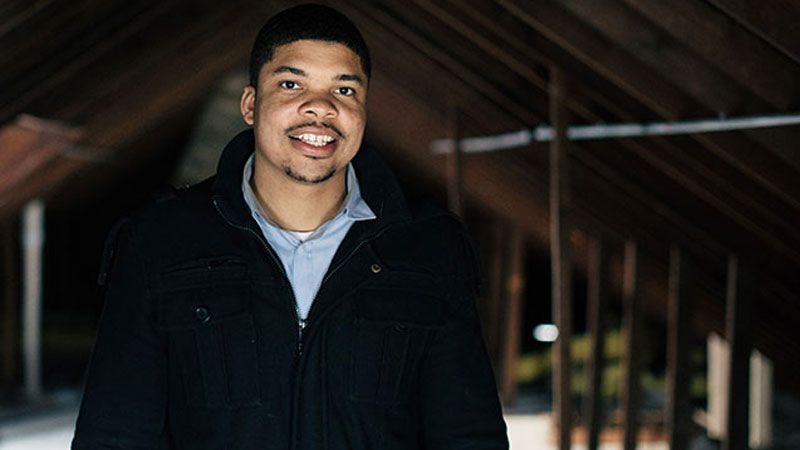 How a new model for local investment has Chicago’s South Side on the move.

Aaron Mallory, 30, remembers driving back from college at Southern Illinois University and seeing blocks filled with abandoned and boarded up homes, blighted by poverty, gangs and violence on the city’s south and west sides.

“It always bothered me,” Mallory said, especially what he saw in Roseland, the far South Side neighborhood where he was born.

With 33 murders in the past 365 days in Roseland alone, according to Chicago Police’s Clear Map, Mallory says it is like a tale of “two different cities,” when comparing Roseland to Chicago’s downtown Loop.

So, he set out to change that.

Mallory is focusing his efforts on rehabilitating affordable housing units through GRO Community, a nonprofit he started in 2012 that offers mentoring and life skills, including work force and entrepreneurial training, to at-risk high school boys. That includes teaching them construction and real estate investment.

Empowering the 'Mom and Pop' Investor

Unable to find lenders who were willing to back him, but in need of new sources of funding to support GRO Community, Mallory charged $30,000 on his personal credit cards in 2016 to purchase, rehabilitate and rent a single-story home in the far South Side neighborhood of Roseland.

“I don’t even want to think about it,” Mallory said of incurring that first debt. “I learned a lot.”

“Most lenders want to see ten to twenty-five percent down,” Mallory said. “Small businesses don’t usually have that kind of capital.”

Then a chance meeting with Andre Collins, the vice president of acquisition and disposition strategy at Community Investment Corporation in Chicago, changed Mallory’s trajectory. 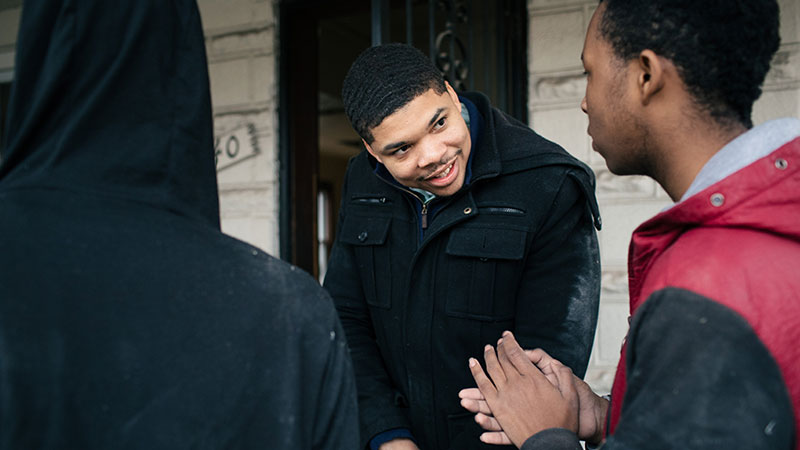 "People asked me why I was going back,” Mallory said of his return to his far South Side roots. “I wanted to get into real estate and incorporate my passion for working with young people.” 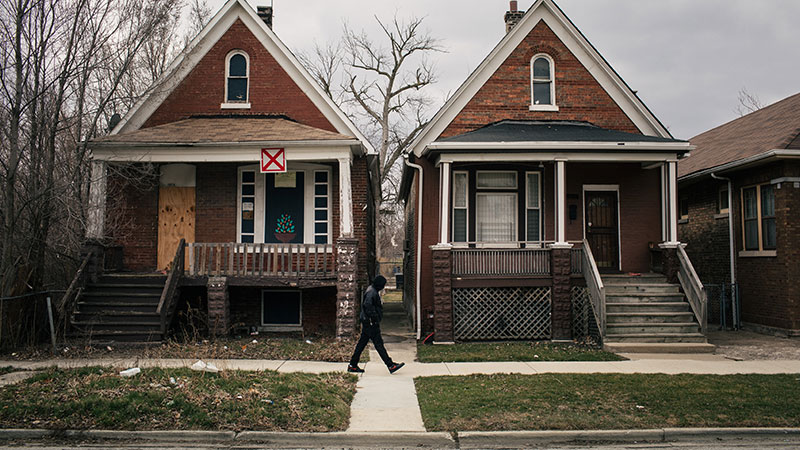 “These young men understand that all of these vacant properties exist within their communities,” Mallory said. “It’s important for them to know that becoming an owner of these properties is possible. We want them to know they can become the change agent.” 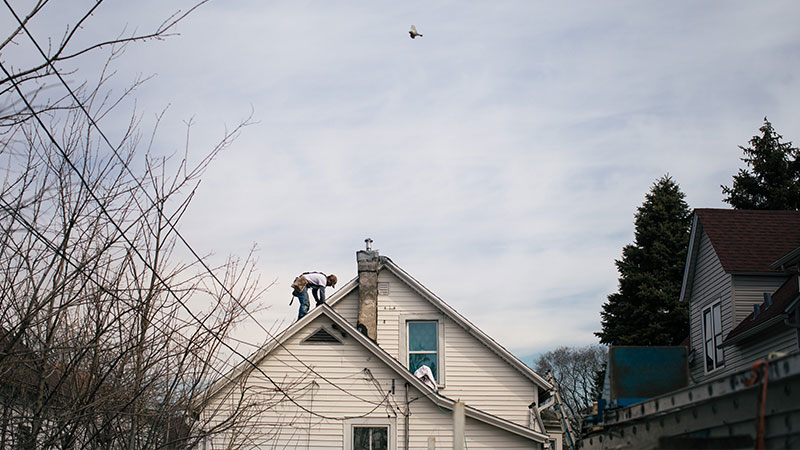 31 percent of 2- to 4-unit rentals in Chicago and Cook County’s low- and moderate-income communities were directly affected by a foreclosure during the 2008 recession. 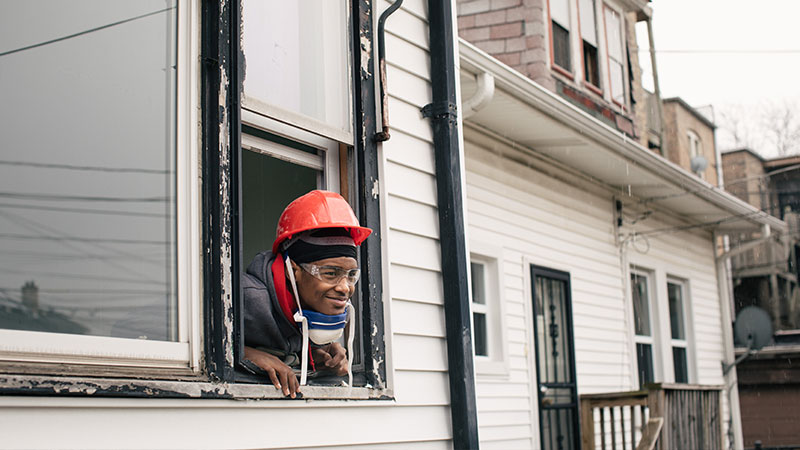 “When you are here, it’s a whole different experience,” said Ray Suan, 16, who attends Chicago’s Fenger Academy High School. “You step in, put on the boots, mask, hard hat and gloves and get down to work. It’s a lot of work but at the end of the day it pays off.”

Community Investment Corporation is one arm of the Chicago CDFI Collaborative – a partnership of three community development financial institutions (CDFIs) supported by a $5 million grant from JPMorgan Chase & Co. The grant was awarded as part of JPMorgan Chase’s Partnerships for Raising Opportunity in Neighborhoods (PRO Neighborhoods), a five-year, $125 million philanthropic initiative. The PRO Neighborhoods initiative was announced in April 2016, after the company tested different local revitalization models to help restore struggling communities and ensure that everyone can benefit from a strengthening economy.

The goal of PRO Neighborhoods in cities like Chicago is to leverage capital and data to strengthen local nonprofits and create inclusive economic growth. JPMorgan Chase is applying this model to communities around the world, including London, Detroit, Phoenix and San Diego, while testing and iterating based on results.

The idea: revitalize and stabilize housing blocks in the most economically depressed low-income neighborhoods in the city of Chicago by working with mom and pop investors who are already rehabbing single family and two-to four-unit homes impacted by the 2008 housing crisis, but who don’t have the resources or expertise to acquire additional properties.

For JPMorgan Chase & Co., this was a no brainer. According to Charlie Corrigan, Vice President of the JPMorgan Chase & Co. Foundation, the company was seeking to partner with a mission-driven organization that could drive deep impact in areas that had been hit hard by the recession. The Chicago CDFI’s unique business model provided that opportunity. “If you think of a block that has several vacant properties, and you fix up those properties, you’ve improved the block. If you improve several blocks, you improve a neighborhood, which in turn helps to stabilize an entire community.”

This made Mallory the perfect candidate for Community Investment Corporation, says Collins of their introduction at a community event. “Because of his ability to grow.”

A few weeks later, Community Investment Corporation, with the help of Chicago Community Loan Fund, helped Mallory purchase a four-unit building, giving him $165,000 in financing to do a massive rehab—with his students.

That first project became one of many, and today Mallory is covered more in plumes of dust and plaster than he is debt. Inside Mallory’s latest Roseland rehab, debris fills the floors in the basement of the single-family home as nearly 20 students work to clear the space.

Mallory is just one of hundreds of investors impacted by the Chicago CDFI Collaborative. To date, the partnership has helped small-scale investors do more than $24 million worth of renovations in 430 properties on Chicago’s historically disinvested South and West sides.

"That’s important, said Geoff Smith", executive director of the Institute for Housing Studies at DePaul University, "because these types of rental units are vital to affordable housing, which was hit hard in the recent recession."

“Once you lose this stock, it rarely gets rebuilt and it almost never gets rebuilt as affordable housing,” Smith says. “So, you are losing a key segment in the market.” 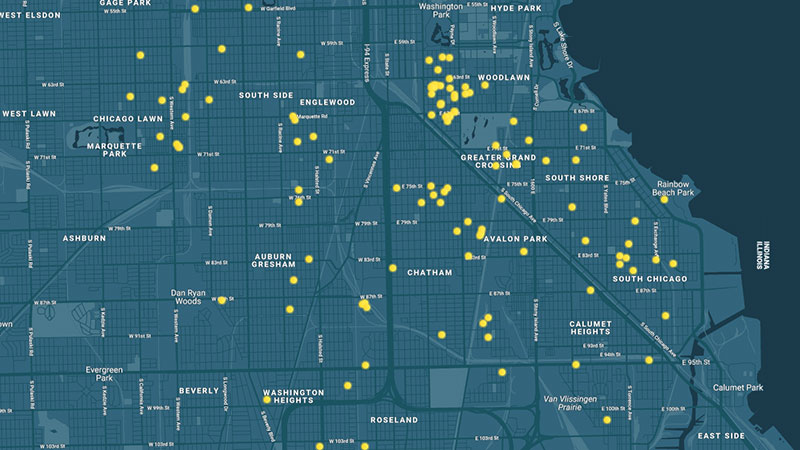 This shortage has created a void of viable housing for residents who need it the most—a void that programs like the Chicago CDFI are filling.

According to a report by the Joint Center for Housing Studies of Harvard University, this is a smart, scalable solution. “Partnering with small-scale private investors to restore troubled one-to-four-unit properties is a promising strategy that could be applied in other post-industrial cities like Detroit, Cleveland and St. Louis.”

But Stacie Young, the director of The Preservation Compact for Community Investment Corporation, says the impact of this program cannot be meaningfully measured by a number of buildings. “Investments are contagious - homeowners who were once concerned about dangerous vacant buildings on their block are now inspired by improvements to their neighbor’s home. CIC and our partners were lucky to have JPMorgan Chase as a resource to create not just a real estate investment program, but a spark to truly start rebuilding neighborhoods.”

That spark is something community leader and local business owner Joel Hamernick has seen spread firsthand across the neighborhood. Hamernick is the executive director of Sunshine Gospel Ministries, which works to provide entrepreneurial training in struggling neighborhoods on the South Side. A local resident himself, Hamernick recently opened Greenline Coffee to help create jobs, combat violence and attract other small businesses to the neighborhood. Hamernick says providing local developers with capital to turn buildings around is “inherently good for everybody on the block” and a “vital part of the economic ecosystem” within the community. 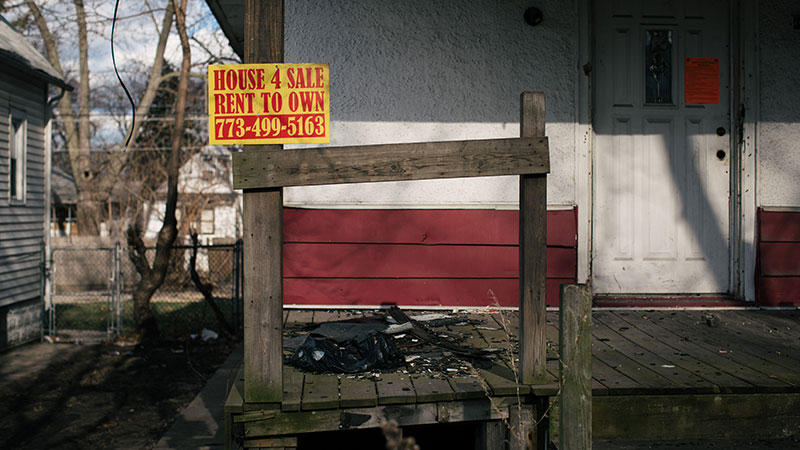 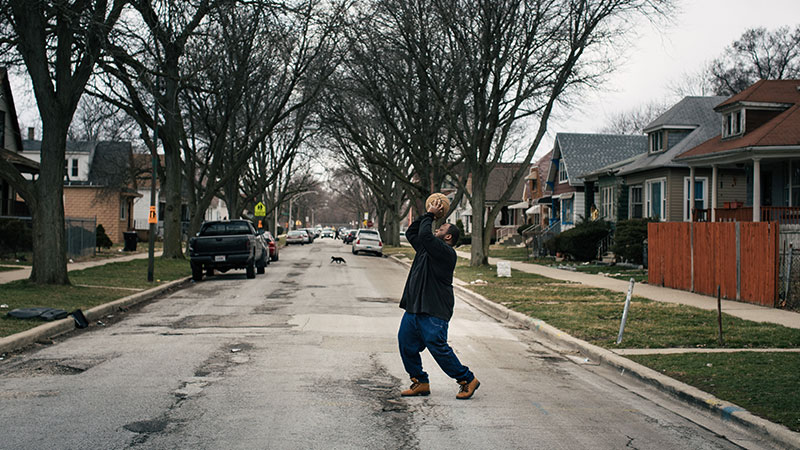 “When there’s a building that is well managed and not sitting empty or boarded up, it is a serious quality of life change.” – Joel Hamernick 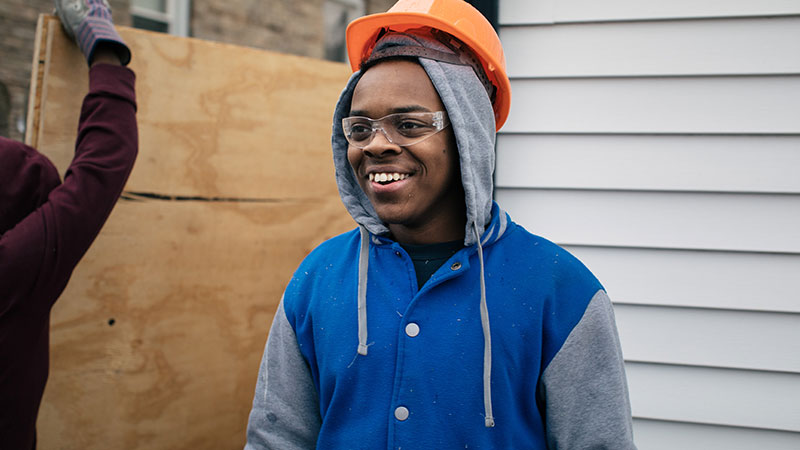 Emmeth Sable has been in the GRO Community program since last spring and says Mallory has become a father figure who taught him how to flip a house and “how home buying is beneficial for you and your community.” 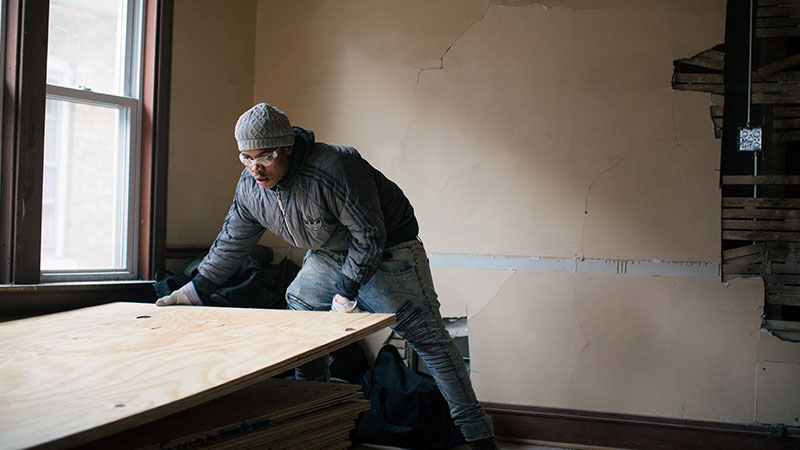 Neil Jones, 18, said working with Mallory has inspired him to want to start his own business and give back. “I now want to help kids that are going down the wrong path and give them an edge to be successful,” Jones said.

“If you want a quality business operating on the corner you have to be able to function with a level of safety and a level of confidence in terms of the direction of where the community is going.”

As a resident, this hits even closer to home for Hamernick. “The stabilization of buildings, the creation of jobs, these things all dovetail, and it helps deal with violence, it changes activity on the block –- as a neighbor, you really feel that.”

Yet many lenders can be reluctant to lend in disinvested neighborhoods. That’s why Young says companies like JPMorgan Chase are bucking the mold by supporting mission-driven CDFIs like the Chicago CDFI Collaborative that are better positioned to offer lower interest rates, ensure high-quality rehabs, and work with small investors committed to their communities. Additionally, Hamernick says, they are providing corporate engagement that has been missing, but is critical to “rebuilding the architectural fabric of these neighborhoods.”

This model has helped investors like Mallory quickly scale more than just their real estate portfolios.

The rehabilitation of Mallory’s now multiple properties, and the rental income he makes from them, has helped him provide more opportunities for young men.

Despite the inevitable challenges and occasional setbacks, Mallory says trying to improve a neighborhood like Roseland is worth it.

“I want to give people the opportunity to have a good quality home to live in,” Mallory said. “For a lot of people, their home might be the only asset that they ever have, and the only thing that they can pass down to their kids...I think everybody deserves that.”