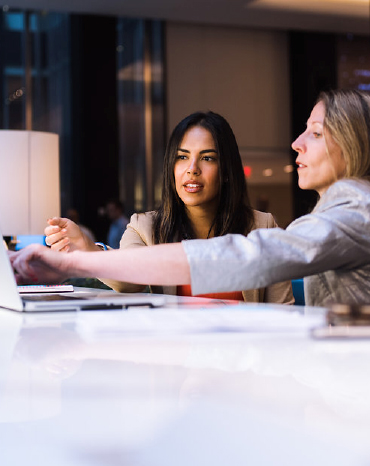 Women on the Move aims to serve women-owned or women-run businesses at all stages of development, from startups through large corporations.

Nora Ali: Welcome back to chedHER brought to you by JPMorgan Chase, the bank that advances women everywhere.

Kristen Scholer: Yes. Okay. Well, female owned businesses are not only on the rise, but they are thriving. The JPMorgan Chase Institute wanted to see what played a key role in that success by looking at the difference in small business outcomes based on the age and gender of the owners. Joining us now is Diana Farrell, she is the president and CEO of JPMorgan Chase Institute. Diana, it's great to have you with us.

Diana Farell: Thank you for having me.

Kristen Scholer: Okay. So let's start by just basically going over what is the JPMorgan Institute for our viewers who are not familiar and what are its objectives?

Diana Farell: Thank you. The, um, the JPMorgan Chase Institute is a think tank. What's unique about it is that we're using the transactions of the bank, think all the transactions that take place in checking accounts, saving accounts, credit cards, debit cards, stripped of all personal information to inform you about what's happening in the economy, particularly in sectors that we don't know as well, like the household sector and the small business sector which we're about to talk to today.

Nora Ali: Let's talk about the Institute's new report, some really fascinating stuff here looking at the differences in small business outcomes based on age of the small business owner, their gender. What did the study actually find?

Diana Farell: Well, let me start with, um, reminding people just how important the small business sector is in America. It's half of GDP, it accounts for 65 percent of wage- of- of job creation, um, but in many ways it's vulnerable. It doesn't grow in revenues that much, uh, most people have a very short, um, amount of buffer in case revenues get disrupted in one way or another, um, and it's quite different. It spans many industry sectors, it spans, uh, very different types of businesses. And what we really wanted to understand from a very large sample that we have is, what do we know specifically about women in this sector.

Diana Farell: We have also health care is more concentrated and 45 percent, health care sector. Uh, but we know that for small- for wo- women in the small business sector, they start with lower revenues than say men.

Diana Farell: So $50,000 on average for women, $75,000 on average for men, that's a 30 percent difference, it's quite significant. And they don't grow as fast. So the result is that even four years later you see that gap, uh, continue.

Kristen Scholer: But when it comes to success. Okay. So maybe they don't- they don't grow as fast, you know, they start off with as much, I guess revenue runway perhaps as some of these, these male owned companies, but are they still as likely to succeed, how do you measure that?

Diana Farell: Exactly. Well, I think that is the interesting finding that they're smaller, they're often growing a little less fast than their male counterparts, they are just as likely to succeed. And we know that one of the reasons is that they tend to have more of that buffer. So we've, um, analyzed, uh, cash buffer for small businesses, how much, uh, resources do they have in the- in the event of a revenue disruption? And women tend to have more. And as a result they are more resilient and despite being smaller and growing less fast actually just as likely to prevail than their counterparts.

Nora Ali: What is- what is the goal of the data uncovered in this study is to help better inform these small businesses. What is sort of the sharing strategy that JPMorgan Chase has?

Kristen Scholer: You talked about resiliency. I mean, cash management obviously important for any sort of company, uh, you know, but, but has the data shown you anything about cash management from these female owned, uh, companies, and, and what can be gleaned from that for anyone looking to start a business out there?

Diana Farell: Yeah. Incredibly important. I mean, most businesses fail because they either don't manage their cash flow well or because they don't have a sufficient buffer when things go wrong, and, uh, and we've actually documented that in our work, uh, the average small business will have less than half a month's worth of a buffer. And so think a big snowstorm, a, a leaky roof, anything that disrupts revenues, a storm, uh, would be enough to really curtail the opportunity for that business. Um, as I mentioned earlier, small business women owners tend to do better on that front, they're more resilient, they're, they're, they're minding that cash flow issue more carefully.

Nora Ali: For those young women out there who are potentially looking to start their own small business, do you have one main piece of advice to give them if they're just starting out?

Diana Farell: Uh, I would say, uh, manage your cash flow, pay attention. A lot of small businesses are very excited about the business and getting the, the customers going and, and sometimes don't pay sufficient attention to cash flow, and make sure you have a cash buffer to withstand and be resilient.

Kristen Scholer: Okay. Well, that is good. Do HR for today chedHER brought to you by JPMorgan Chase. Nora and I we'll see you next Friday 9:30 a.m Eastern Time. Stay with us for more of opening bell after the break.

"Women on the Move is forging the path where JPMorgan Chase thrives when women thrive, and I am pleased to be part of this movement." 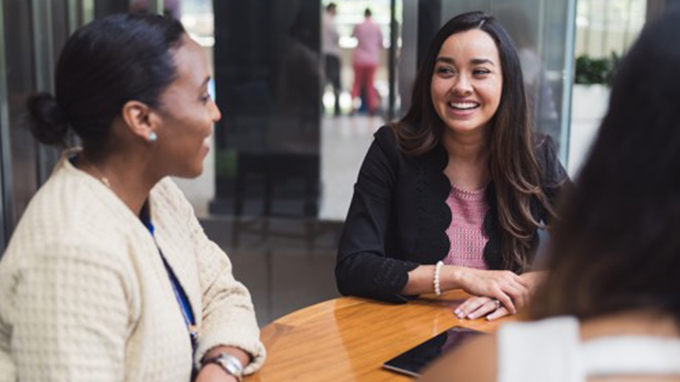 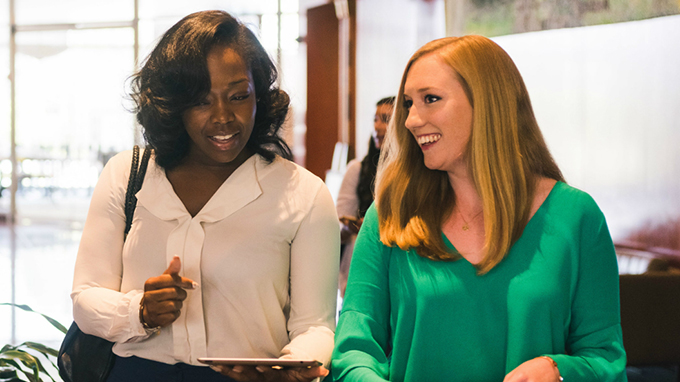