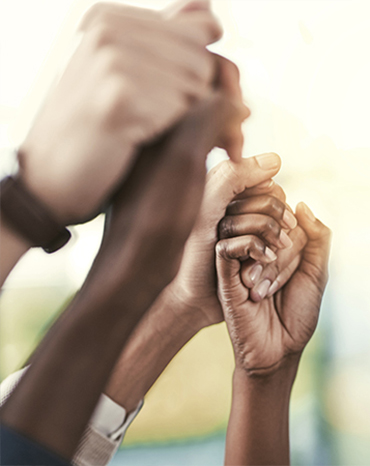 We’re committed to helping the black community navigate the COVID-19 crisis. Explore helpful insights about the CARES Act, thought leadership on how COVID-19 is impacting black people, and Chase resources for businesses and individuals.

Career Opportunities
From entry level to the corner office, we’re committed to growing the number of black professionals at JPMorgan Chase. Visit our careers website to learn more.

Business Resources
Learn more about how Chase is standing with you through this time and browse resources, analysis, and insights
Small Business Resource Center
Chase for Business: COVID-19 Business Update
COVID-19 Guide for your Business

None of this is a guarantee for me. I grew up in a single-parent household. I lost my dad to the prison system when I was four. It's the reason why I always remember gratitude because in the blink of an eye, it could have gone the other way.

As a young black woman, I felt like my path was being written for me and I really wanted to do something that was filled with purpose.

I am the first in my family to go to college and I started in a PR department where I was the only person of color. I think a part of me forgot that I was black because I was so comfortable moving in spaces that weren't for black people.

Despite the fact that we don't have a lot of funding, we are creating magic each and every day.

Success equals excellent plus exposure. For me, Advancing Black Pathways gave me that exposure that I needed to be successful in many ways.

I mean Advancing Black Pathways is me. I understand what it means being in a room where no one looks like you, but having someone taking you to the side and reminding you that you are enough and that you belong.

Advancing Black Pathways is a program we launched to truly make targeted impact across education, careers, and wealth creation in the black community.

One of the rewarding programs for me has been looking at our Advancing Black Pathways Apprentice Program.

The Apprentice Program was life-changing for me. Not having access in a network, especially as a black man, ABP gave me that; I can call people right now and they'll answer my questions, they’ll leverage connections for me, they'll give me wisdom, and that's not something that I've ever had before.

So I was able to leverage my network and my experiences to get a position in the bank during the school year, which is fantastic.

Seeing those students, I saw myself again. My journey would not have been possible were it not for disruptors in my life.

If you could figure out how to help young people who want to be in finance, get there. That's a win on every single front.

But I'll say I was interested because they called it Advancing Black Pathways. You know most people, when they talk about diversity initiatives, they dodge, they hide, they try to call it like, “We Love Everybody” initiative and, “Everybody's Great” initiative. And I love that they were very intentional.

It's been over 160 years since the Civil War. The black community isn't even close to parity. It's a disgrace and needs to be fixed.

I want to bend the curve. I want to come up with stuff that actually works and could be multiplied. Things like we're doing in Detroit, the Entrepreneur of Color Fund accelerating the growth of black-owned small businesses.

Everyone thought that I was crazy. They were like, “There's no beauty, there's no fashion in Detroit.” And I was like, “But there will be because I'm coming back home.”

We opened this amazing store and along the way, we were about to launch in Target, we needed help funding that inventory. And so we reached out to J.P. Morgan, and they created the Entrepreneurs of Color Fund, and we were able to get a loan to help fund our Target purchase order.

Had I not gotten that loan, I don't know what I would have done, and so it really makes a difference.

In Judaism, one of the things we learn is the concept called tikkun olam, which means “repair the breaches in the universe.” It's our responsibility as individuals and I think the recognition that we have this responsibility as a company as well is what makes me so proud of this initiative.

When I hear about Melissa Butler, with projects like “She Did That,” it just reaffirms the vital role business can play in expanding access to economic opportunity.

I decided to produce “She Did That” because for the last 10 years, I've been blogging about black women entrepreneurs. And I was talking about the film in route where I wanted to take it next. The next place to go was to historic historically black colleges and universities. And we were able to go to two of the biggest ones through are partners with Advancing Black Pathways. That is gonna impact my community for years and years to come. And I want women across the world to know that they can do it too.

Another initiative that we launched that I am very proud of is Currency Conversations. We were so excited to partner with Essence and travel across the country. Meeting amazing black women, getting honest and real with where we are with money.

I know what black women mean to their families and communities. My grandmother owned a beauty salon. She hired my aunts and cousins. She was our financial anchor. Currency Conversations is built on the culture of black women.

Black women are often the CFOs of their households. So by reaching black women, we knew we could also reach the entire family. We also wanted to make sure that we're providing opportunities for black people in every area, especially technology. So we support projects like StartupBus, a tech startup competition and entrepreneurial boot camp.

Being a part of these StartupBus competitions has been the most life-changing experience for me.

Our team’s SmallStreet, our platform, is a micro funding platform that allows black businesses to crowdsource for funds that they need. So I think for us it, was really about whatever we do with SmallStreet, it has to have some type of social impact. And to win that competition with my new family members, because we became family, has shown me that I will survive and thrive in any environment.

Talent is created equally; opportunity is not. I have a responsibility to make sure the generation after me is able to unlock many more opportunities.

I have a responsibility to bring the plight, the beauty, and the opportunity of Black America into the walls of JPMorgan Chase and it's part of the reason why I believe I'm in the seat.

All you need is the opportunity and encouragement that you can go after your dreams.

And my hope is that we're doing our part by helping black people succeed in whatever they wish to accomplish. 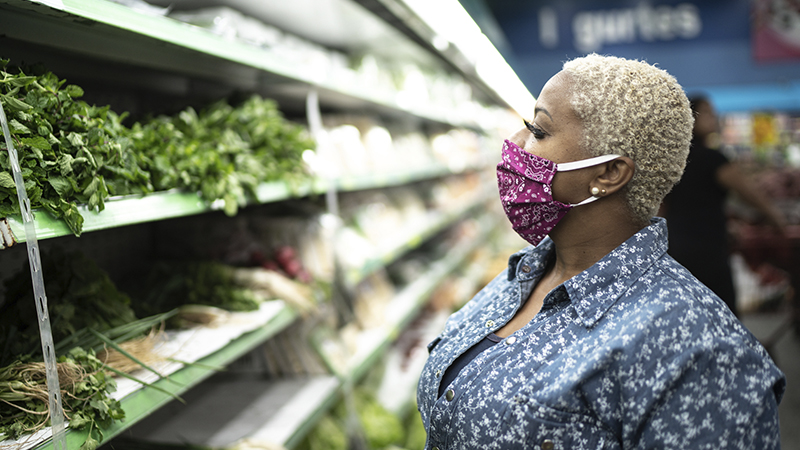 In this report, we provide preliminary high-frequency evidence of the reaction of consumer spending to these events. 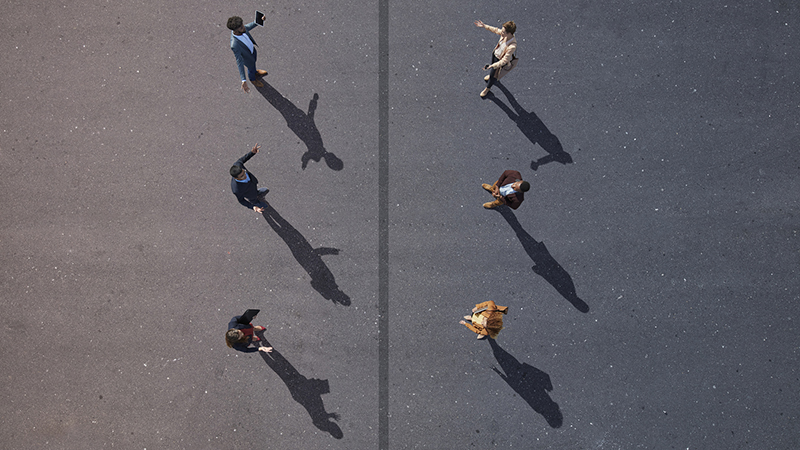 Virtual discussion with a panel of experts from the National Urban League, PolicyLink, and the Joint Center for Political and Economic Studies who are using data to track inequities, leading efforts to advance economic and social equity, and advocating to ensure the challenges facing all communities are considered in policy decisions 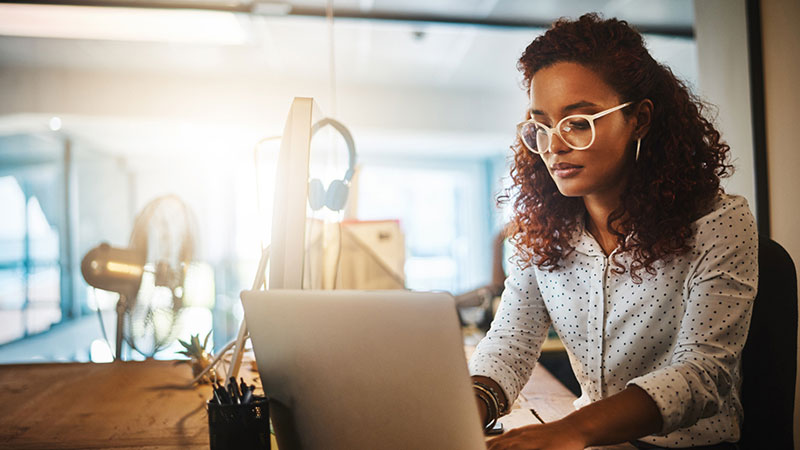 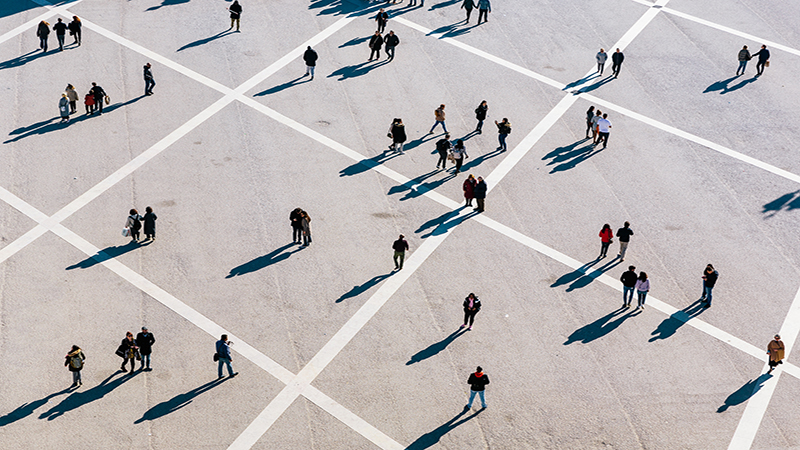 Highlights from the Global Research team on the implications of COVID-19 for the global economic and markets outlook. Each week, we will feature the key reports published.

J.P. Morgan Research: Media Consumption in the Age of COVID-19

As a result of social distancing at home, consumers are spending more time online to virtually connect with others and stream entertainment. Alongside this shift in consumer behavior, industries are also adapting to the knock-on effects of the pandemic. Here, J.P. Morgan Research examines how at-home media consumption has changed since the outbreak. 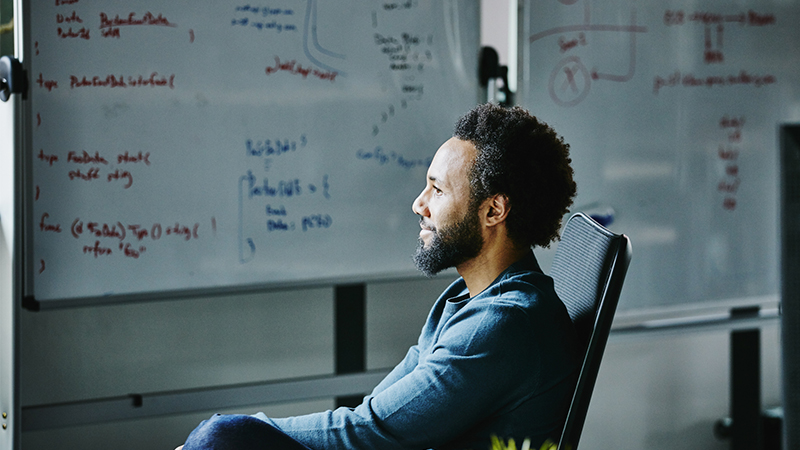 In an exclusive interview, Rick Wade, US Chamber’s VP for Strategic Alliances and Outreach and former Obama Administration official, gives his take on PPP, applicable business solutions from The Great Recession and opportunities for black entrepreneurs to pursue now in preparation for the new, post-COVID-19 economy. 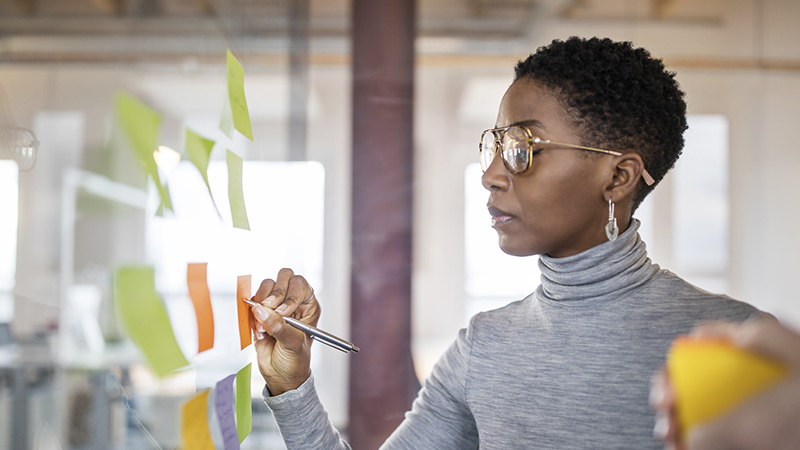 Black Enterprise: Impact of the Pandemic of Racism on Black Business: Advice from the Corner Office 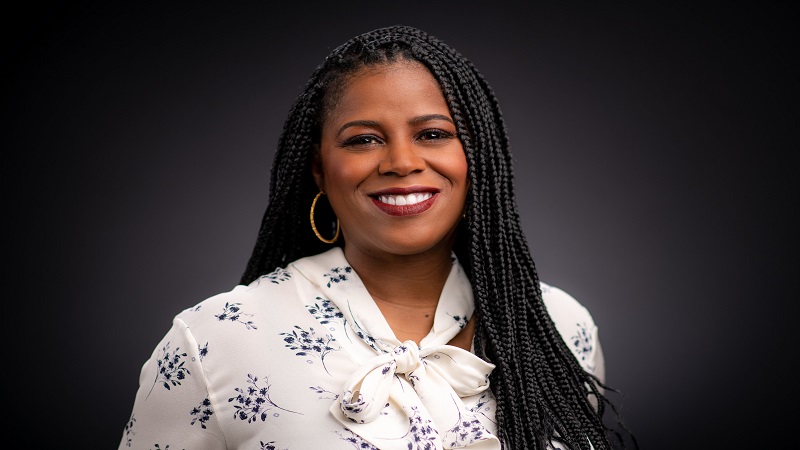 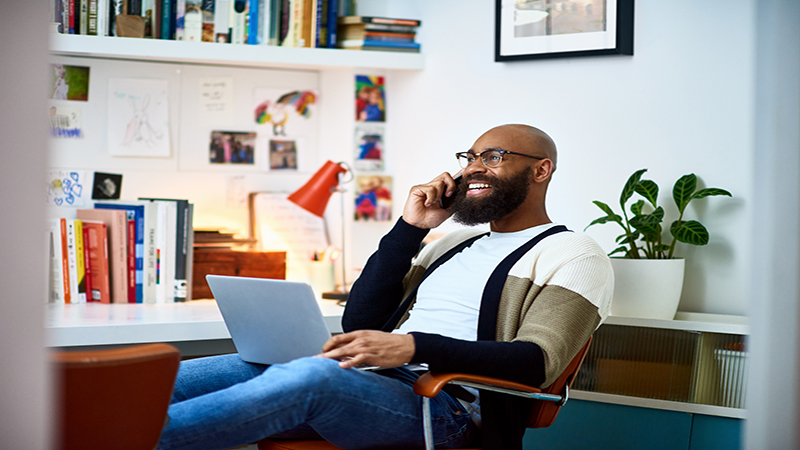 McKinsey: From surviving to thriving: Reimagining the post-COVID-19 return

For many, the toughest leadership test is now looming: how to bring a business back in an environment where a vaccine has yet to be found and economies are still reeling. This McKinsey report explores ways to make that happen. 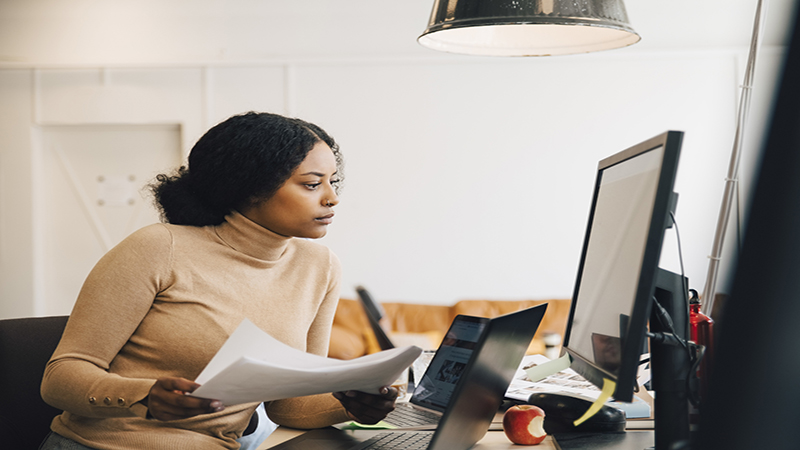 A comprehensive guide to help leaders in healthcare, politics, society, and business navigate the pandemic. Dorsey shares how she made a “pandemic pivot” from her graphic design company—which that experienced a 75% decline in client requests—to her side business, District of Clothing, which used creative marketing and e-commerce to realize a 250% increase in sales. Motherhood for black and brown moms is something that should be “enjoyed not just endured.” That’s the founding principle of Sugaberry, a new lifestyle brand created by Tika Sumpter, the actress-producer who stars on ABC’s mixed-ish, and Thai Randolph, the executive vice president and general manager of Kevin Hart’s company, Laugh Out Loud. 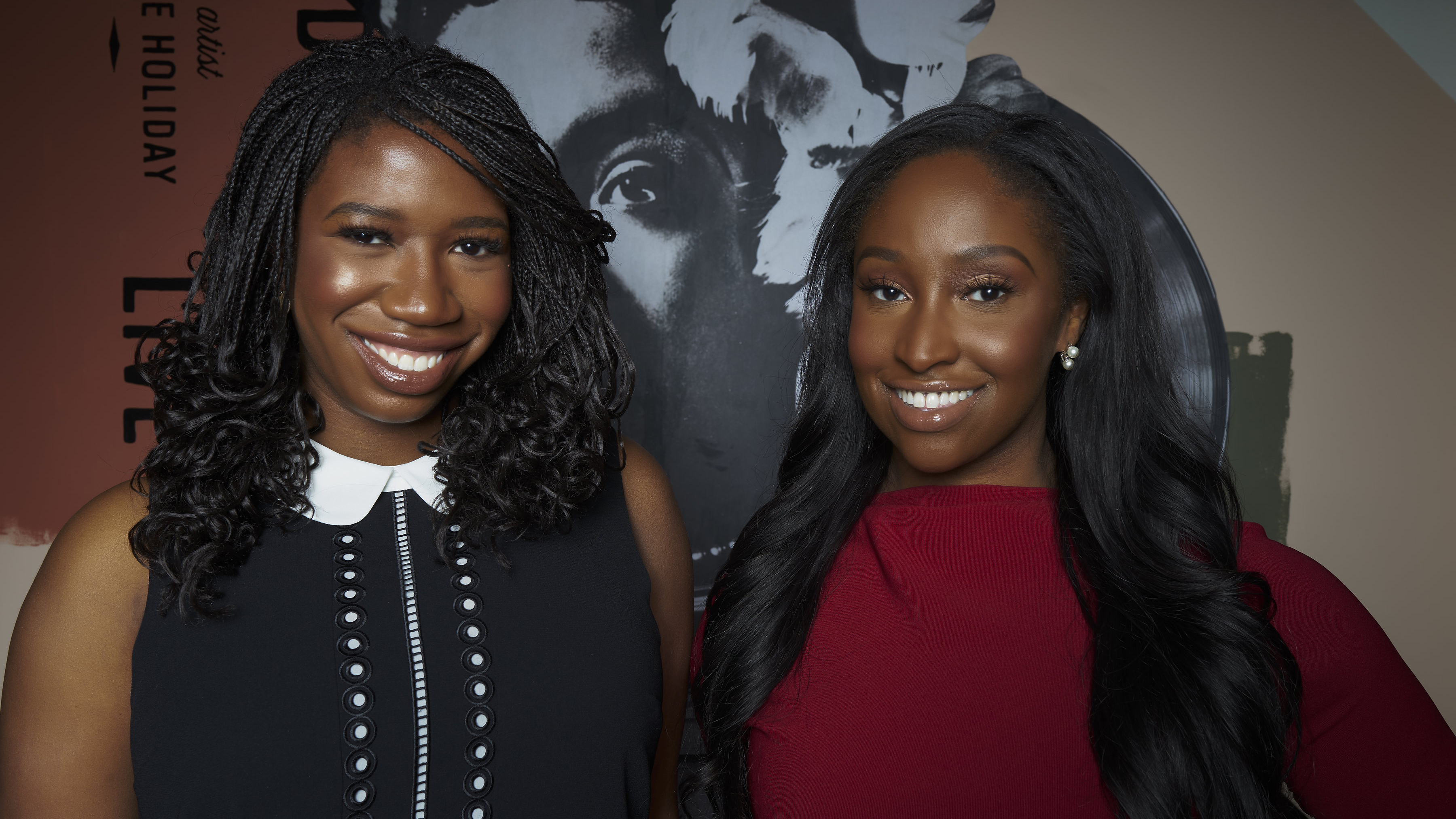 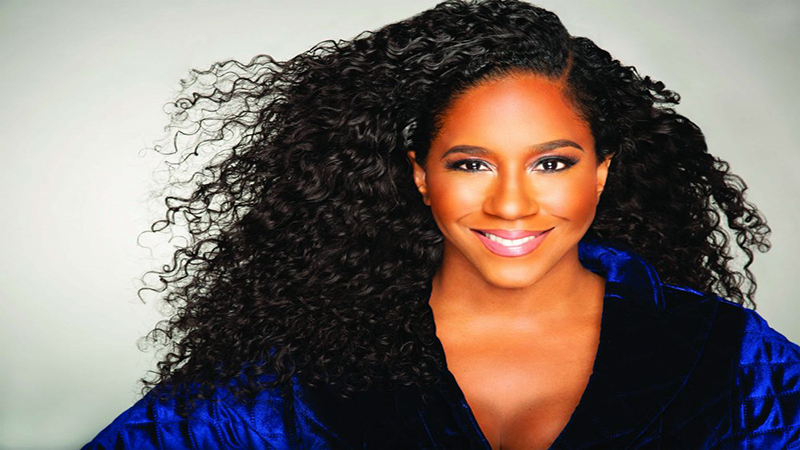 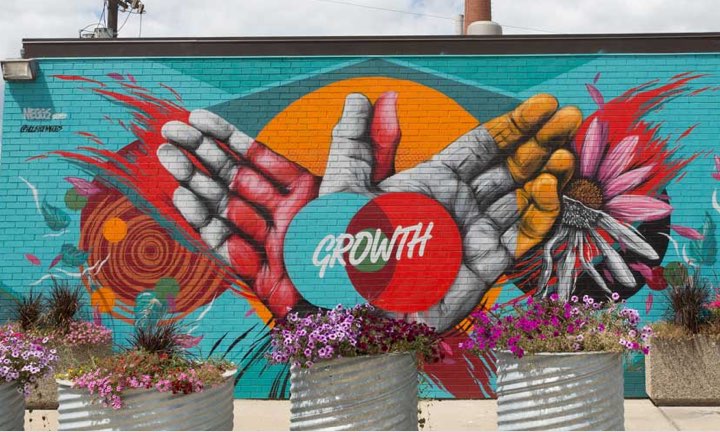 With Advancing Black Pathways, we are proud to expand on the work we’ve been doing for decades to help black communities seize economic opportunity.