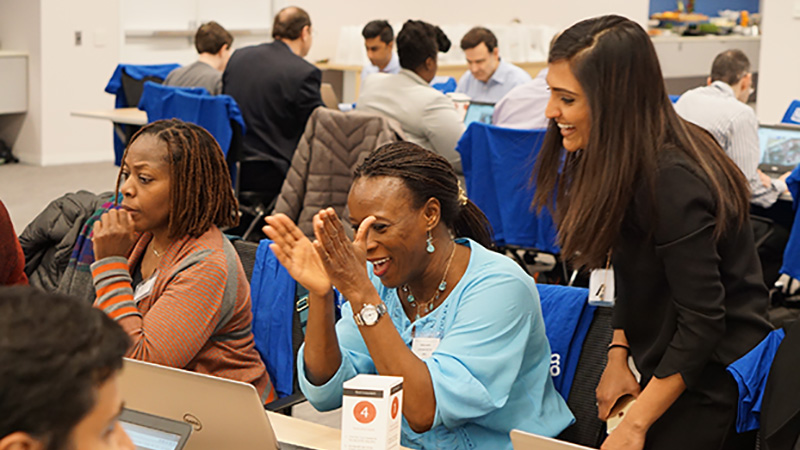 How We Help to Put People on the Map

It’s hard to imagine an unmapped part of the world in an era where a pocket computer can give a person seven alternative directions to a local ATM.

And yet, 70 percent of the planet remains insufficiently mapped, and cities of more than a million people in developing countries get by every day without an accurate map. This poses a serious threat to communities that are vulnerable to natural disasters. The lack of basic maps can hinder rescue and relief crews, either slowing down response times or contributing to under-preparedness.

In reaction to this global challenge, our employees are taking part in “mapathons,” where they help to create digital maps for the world’s poorest and most vulnerable communities as part of the Missing Maps program, an unprecedented collaboration between the Red Cross, Doctors without Borders and OpenStreetMap to virtually map highly disaster-prone areas.

How Does the Mapping Work?

First, our employees view satellite images on OpenStreetMap and then using a point-and-click tool, they digitally trace the outlines of streets, buildings, lakes and mountains over the satellite image to build basic digital city maps.

These maps, which still lack street and landmark names, will then be shared with local residents and Red Cross volunteers who then go deep into these communities to verify and label everything in the local language.

Finally, these completed maps will be added to OpenStreetMap where government and humanitarian organizations like the American Red Cross can freely access the information to help communities prepare and build resiliency and deploy relief in case a disaster strikes. 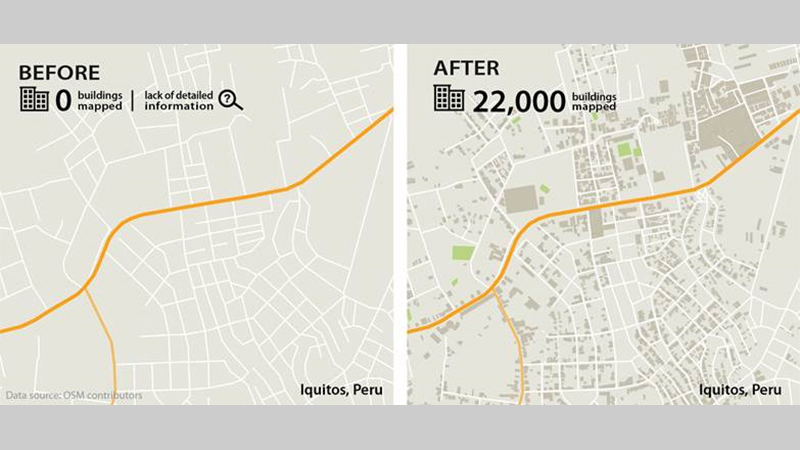 Before and after maps for Iquitos, Peru, where our employees helped to map 22,000 buildings in support of a Red Cross resilience project. 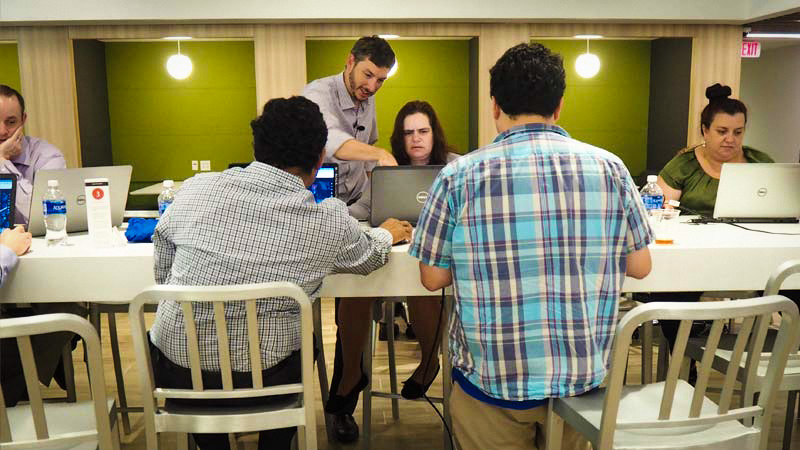 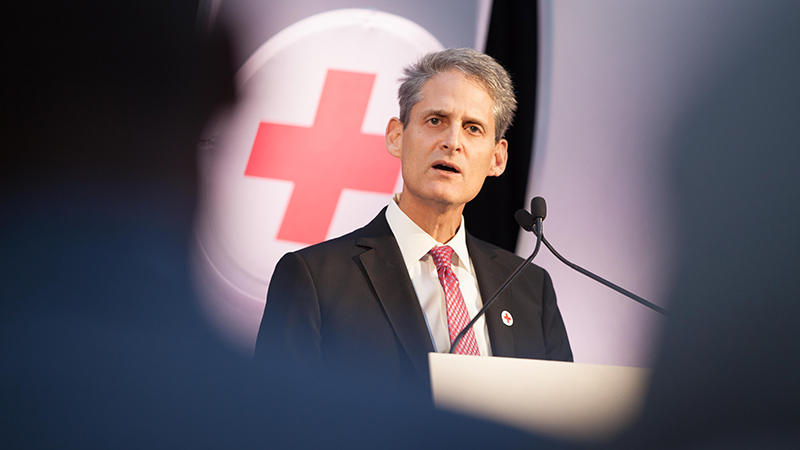 Vice Chairman Steve Cutler delivers his remarks when receiving the Corporate Leadership Award from the American Red Cross at the “Heroes Among Us” gala in New York. 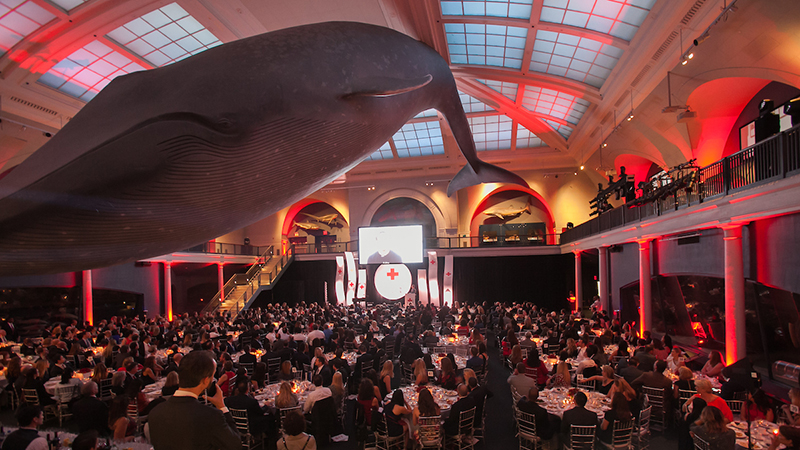 The American Red Cross honors JPMorgan Chase with its Corporate Leadership Award during the “Heroes Among Us” gala in New York. 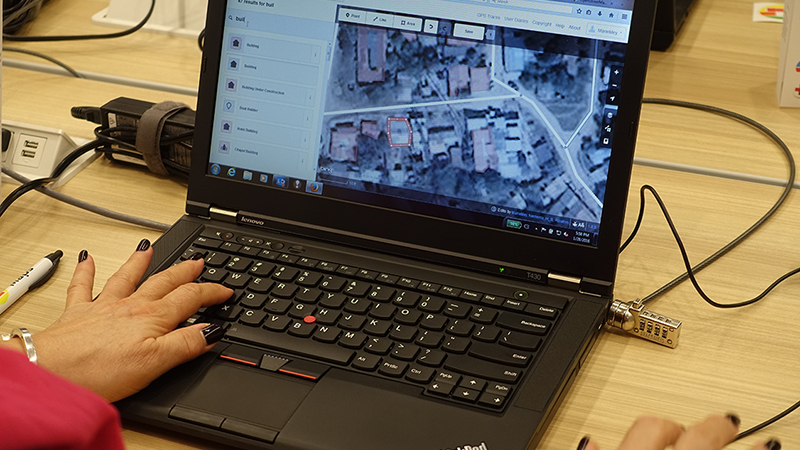 Our employee uses a mouse to digitally trace the outlines of streets and buildings over satellite image. 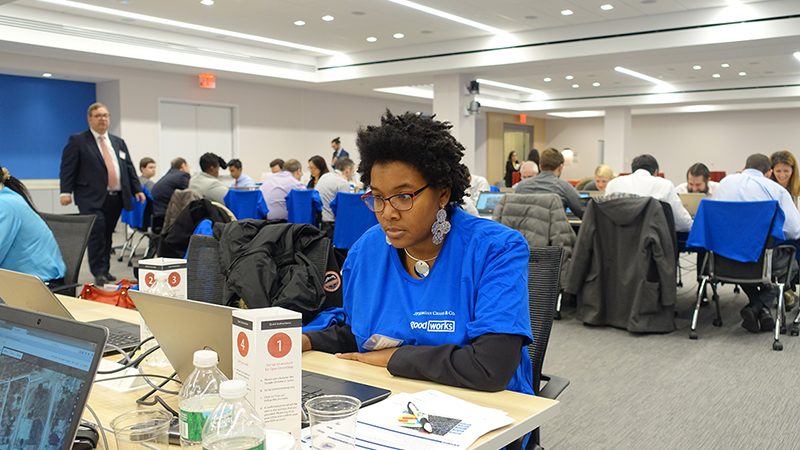 Our Brooklyn employee hard at work mapping the area of La Guajira, Columbia at a recent mapathon session.
Previous Next

The work done by digital volunteers has already helped the Red Cross map the homes of 8 million people and respond to such disasters as the Philippines’ Typhoon Haiyan of 2013 and the Nepal earthquake of 2015 by providing responders with detailed information so they could respond quickly and efficiently.

Going beyond disaster relief, the maps created by the Missing Maps program will ultimately serve as a resource that drives urban planning and economic growth in these developing countries.

So far, our employees have already held 62 mapathon sessions in Delaware, Columbus, Phoenix, Washington D.C., New York, Glasgow, Bournemouth, Cebu and Manila to help put vulnerable communities on the map in Indonesia, Philippines, South Africa, Vietnam, Colombia, and Peru. Future mapathons will be held at many of our sites across the globe. In addition to volunteer hours by employees, we have donated nearly $5.9 million to the American Red Cross since 2013.

To learn more and get involved with the Missing Maps, visit www.MissingMaps.org.