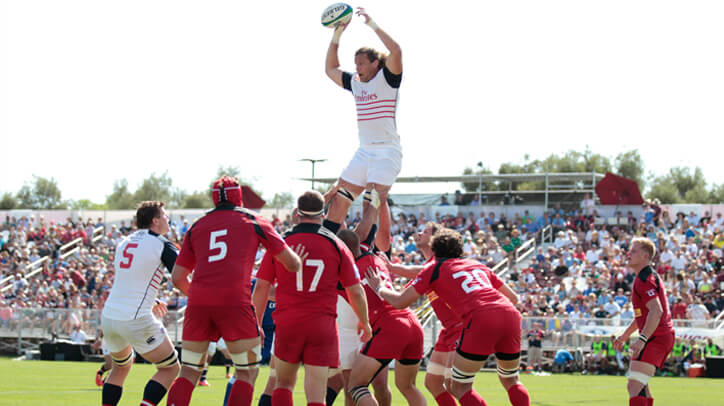 Igniting a passion in America for a sport loved around the world.

When USA Rugby began in 1975, the game it represented was relatively unknown in the U.S. Nearly 40 years later, rugby has a loyal American following, with 115,000 active members on more than 3,000 teams across the country. Rugby itself has also experienced explosive growth in the U.S.—participation in the sport increased by 350 percent between 2004 and 2011.1 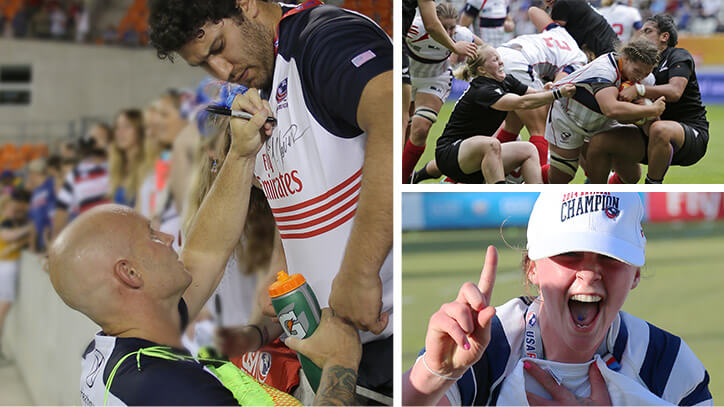 Thanks in part to funding by Chase, USA Rugby continues to hire staff and generate enthusiasm about the sport.

Bringing rugby into the American spotlight is now the job of Nigel Melville, USA Rugby’s executive director. But getting Americans excited about rugby couldn’t be done without funding and support. Melville noted that Chase has recognized the value in growing rugby's domestic appeal and has regularly provided the financial support necessary to expand the sport’s popularity.

They know that if we grow the game and increase our media and broadcast presence, we will attract more fans, sponsors, and more revenues to continue developing the game.

Support from Chase has also helped USA Rugby to expand its grant program, enabling state rugby organizations to hire youth development staff. This year, USA Rugby has awarded 10 grants, compared to only three in 2010. The grant program’s budget has also increased, growing from $100,000 to $250,000. Then, when the organization experienced financial instability a few years ago, Chase helped by extending its line of credit.

Chase Market Manager Joe C. notes: “We understand that helping rugby grow means standing with the organization during both good and lean times. That’s what it means to be part of this sport’s community.”

Melville acknowledges that the game isn’t as familiar to most Americans as it is to its fans at JPMorgan Chase. But he expects the exposure it will get as an Olympic sport will raise awareness among Americans, whose women’s national team is among the top five in the world. The Men’s Eagles Sevens (the national sevens team) finished sixth in 2015. Recent competition on the world stage include the US Men’s National Team competing in Britain taking place now through October 30th for the 2015 Rugby World Cup, while both Men’s and Women’s Eagles Sevens each qualified for Rio 2016 at the 2015 NACRA Sevens Championships in Cary, North Carolina, in June 2015.

Through careful planning and a commitment to growth, USA Rugby is poised to bring rugby back to the forefront of the American sports world. With help from thousands of loyal fans—including those at JPMorgan Chase—and their participation in the 2015 Rugby World Cup and the 2016 Olympics, rugby may just be the next big thing in American sports.

After living abroad for 19 years, Donna returned to the US and is settled in Denver. She has written for AP, CBS, The Wall Street Journal and The Boston Globe.