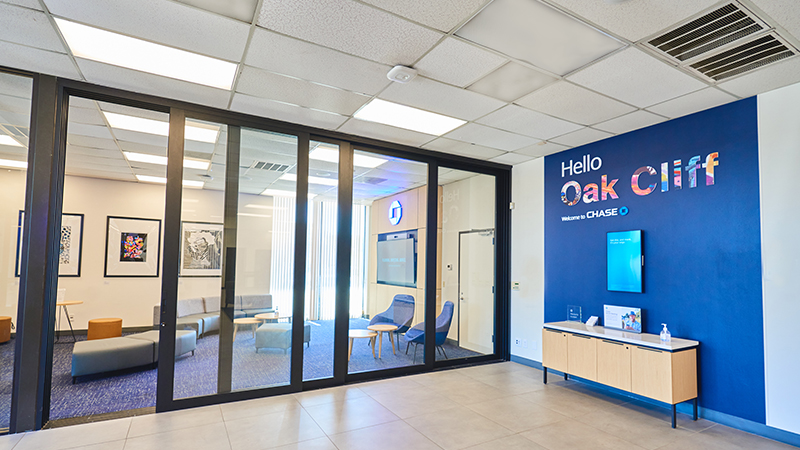 It Takes a Community to Support Small Businesses

An entrepreneurial ecosystem in Southern Dallas is breaking down systemic barriers for Black, Hispanic, and Latino entrepreneurs.

There are stark racial and gender disparities in the small-business landscape of Dallas County, Texas.

This inequality impacts not only the financial trajectories and quality of life of individual entrepreneurs—such as their ability to keep their businesses open and pay for personal needs, including housing and groceries—but also that of whole communities.

Take Southern Dallas, which is collectively 94.4 percent Black, Hispanic, and Latino. The area’s unemployment and poverty rates are over twice the Dallas County average. Its population grew by more than 16 percent from 2014 to 2019. Meanwhile, its number of small businesses decreased.

These gaps reflect a history that provided little access to opportunity, including a lack of capital for Black, Hispanic, and Latino communities and women entrepreneurs.

In 2020, the Dallas Entrepreneur Center Network (The DEC Network), a nonprofit that supports entrepreneurs in building and growing their businesses, intervened to change the course of small-business growth in Southern Dallas—and united a broad range of partners in a mission to foster economic equality.

Those partners formed the B.U.I.L.D. Collaborative, a small-business ecosystem. The DEC Network, its lead partner, works in conjunction with the City of Dallas Small Business Center on this effort. The ecosystem is designed to respond directly to the economic disparities that Black-, Hispanic-, Latino-, and women-owned small businesses face, which were identified in a 2019 assessment of the small-business landscape in Dallas that was funded by JPMorgan Chase.

The ecosystem acts as a support network, which includes entrepreneurs, education partners, civic and government institutions, nonprofits, and other public entities.

The idea is to pool all of the community’s resources into one structure, in turn creating pathways for coordination and information sharing. It also builds opportunities for financial education, small-business “boot camps,” and mentorship across organizations, with the aim of closing the capital gap for emerging entrepreneurs in underserved communities. As Demetra Brown, senior director of The DEC Network, explains, expanding access to these resources in Southern Dallas is a matter of equity.

To help bridge the access gap, a Chase Community Center branch opened in March 2021 in the Oak Cliff neighborhood in Southern Dallas. The branch acts as a connector in the neighborhood, ensuring that resources are shared and relationships built between small businesses, community leaders, and nonprofit partners so that they can uplift one another. Chase business consultants are also part of the small-business ecosystem and partner with The DEC Network to coach some of its entrepreneur mentees.

This approach aims to ensure that wealth is built in the community—and that it stays there. As the branch’s community manager, Terri Thomas, says, “We’re going from community banking to community building.”

The branch’s offerings include a business pop-up zone where local entrepreneurs who may not have storefronts can showcase their goods, plus complimentary workshops with Chase small-business consultants to help those entrepreneurs start and grow their businesses.

The consultants work with Thomas to identify entrepreneurs’ needs. For example, in working with local business owners, the branch discovered that one significant obstacle to capital is the financial documentation necessary to pursue lending opportunities, so it began offering educational sessions to address that.

A local small-business ecosystem, such as The DEC Network, and its community partners, such as the Chase Oak Cliff Community Center, work together to understand and address the unique needs of residents, and through collaboration they can provide local resources that help communities thrive.

A version of this story originally appeared in The Atlantic.