Inconsistent or unpredictable swings in families’ income and expenses make it difficult to plan spending, pay down debt, or determine how much to save. Managing these swings, or volatility, is increasingly acknowledged as an important component of American families’ financial security. In prior JPMorgan Chase Institute (JPMCI) research, we have documented the high levels of income and expense volatility families experience. In this report, we make further progress toward understanding how volatility affects families and what levels of cash buffer they need to weather adverse income and spending shocks. We explore six key questions: 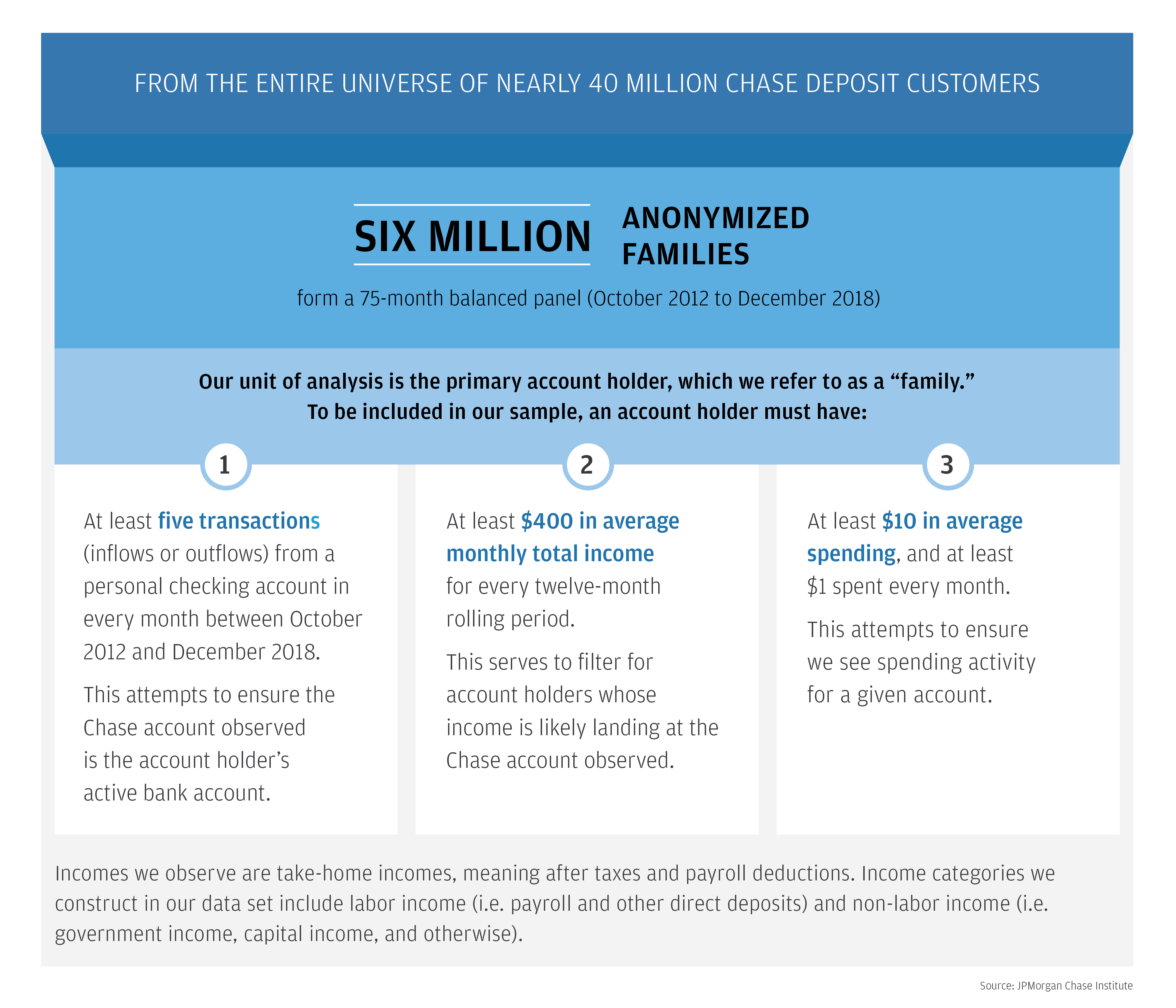 From the entire universe of nearly forty million Chase deposit customers, we assembled six million anonymized families to form a 75-month balanced panel (October 2012 to December 2018), for whom we have detailed transaction-level information on income, spending, and account balances (checking and savings) held at Chase. Our unit of analysis is the primary account holder, which we refer to as a “family.”

To be included in our sample, an account holder must have: 1. At least five transactions (inflows or outflows) from a personal checking account in every month between October 2012 and December 2018. This attempts to ensure the Chase account observed is the account holder’s active bank account. 2. At least $400 in average monthly total income for every twelve-month rolling period. This serves to filter for account holders whose income is likely landing at the Chase account observed. 3. At least $10 in average spending, and at least $1 spent every month. This attempts to ensure we see spending activity for a given account.

Incomes we observe are take-home incomes, meaning after taxes and payroll deductions. Income categories we construct in our data set include labor income (i.e. payroll and other direct deposits) and non-labor income (i.e. government income, capital income, and otherwise).

Finding One: Income volatility remained relatively constant between 2013 and 2018. Those with the median level of volatility, on average, experienced a 36 percent change in income month-to-month during the prior year.

Line graph showing the median coefficient of variation (CV) for total income between 2013 and 2018. Coefficient of variation (CV) is our measure of month-to-month volatility. CV measures the dispersion of a family’s income in a given month relative to the mean income of the prior twelve-months, including the month measured. The median CV remains constant, around 0.38 between 2013 and 2018.

Finding Two: There is wide variation in the levels of income volatility families experience, both across families at a given point in time and also for a given family across time.

Bar graph showing the distribution of coefficient of variation for total income. Families vary significantly in levels of income volatility they experience. The distribution of CV has a standard deviation of 0.37 with a long right tail. About eight percent of family-months have a CV above 1.0, which would correspond to a more than 60 percent change in monthly income within a year. 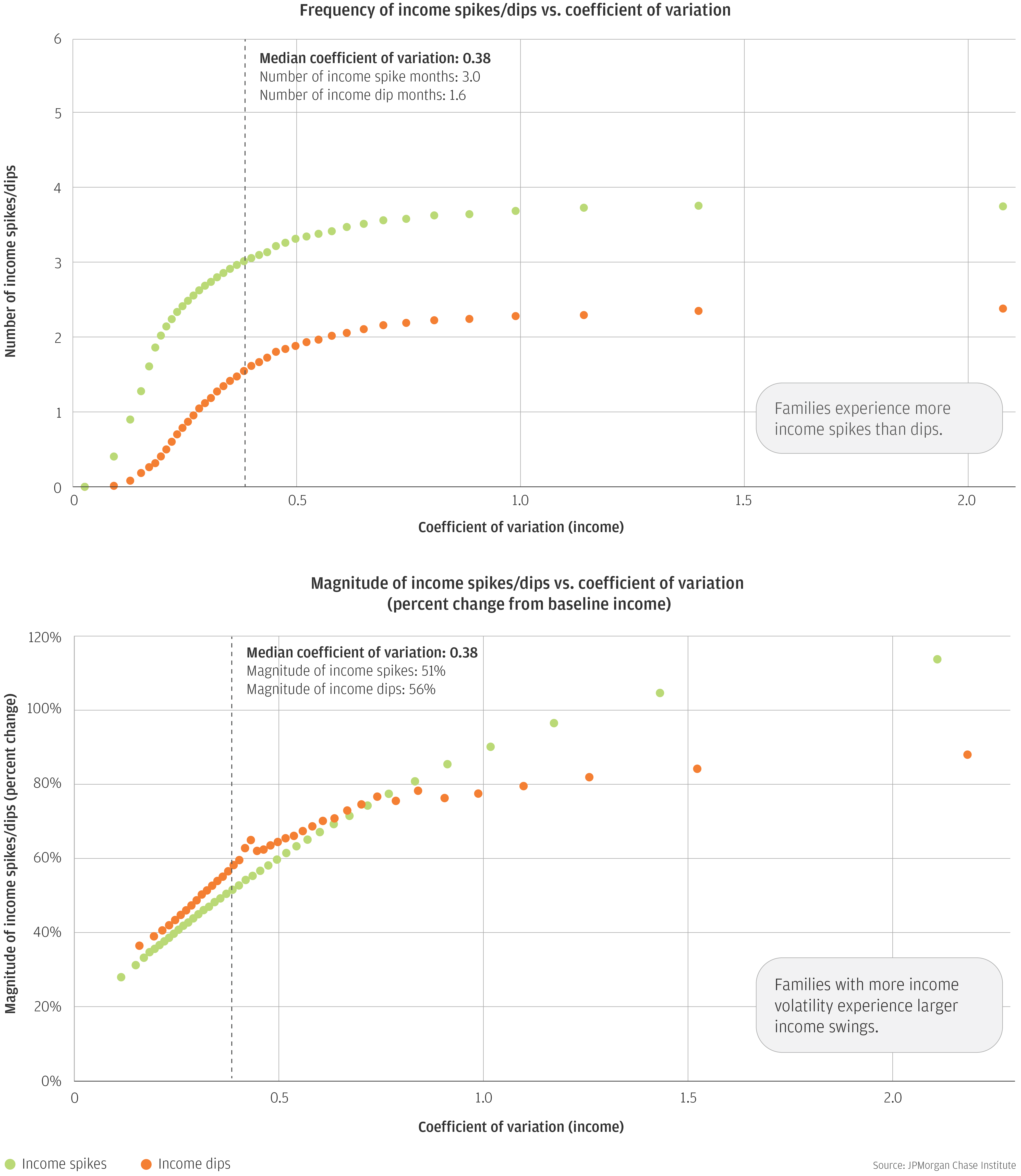 Finding Four: Income volatility is greatest amongst the young and the high income. However, downside risks, as measured by the magnitude and frequency of income dips, are greatest among low-income families. 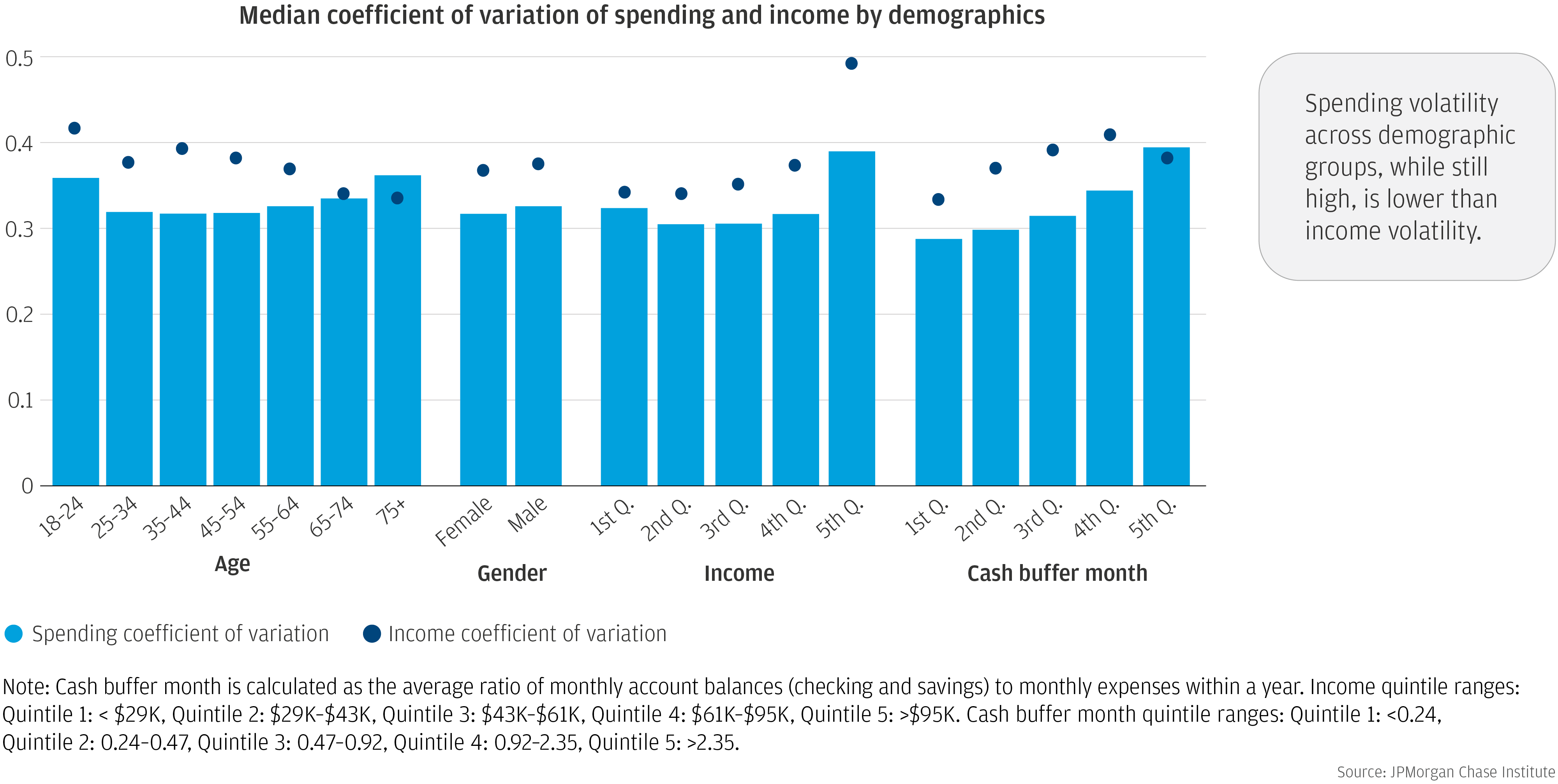 Bar graph examining heterogeneity of median spending and income coefficient of variation by demographic groups. We show demographic groups by: age bins of 18-24, 25-34, 35-44, 45-54, 55-64, 65-74, 75+; five income quintiles, gender, and five quintiles of cash buffer month. Spending volatility is lower than income volatility, except among account holders above age 75 and those with the largest cash buffers.

Our findings have important implications for designing savings strategies to improve families’ financial health and resilience. They suggest that the tools currently available to help families weather volatile income and spending could be better tailored to an individual’s cash flows. Simply saving a certain percentage of monthly income may leave a family with an inadequate cash buffer, exacerbating financial distress in cash flow negative months and resulting in under-saving during cash flow positive months. Instead, families may need to more aggressively harvest savings opportunities during income spike months. We provide empirical guidance for families, financial health advocates, financial advisors, and policymakers on the minimum levels of cash buffer families need to weather adverse shocks. Given the key role stability plays in the health of families’ financial life, it is critical that we continue to gauge how income and spending volatility are changing for American families and the implications for families’ financial health. 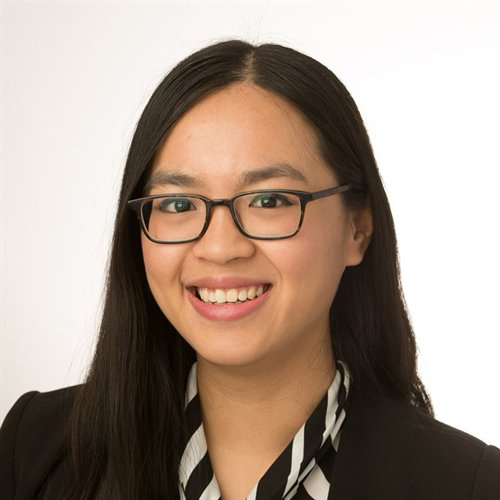