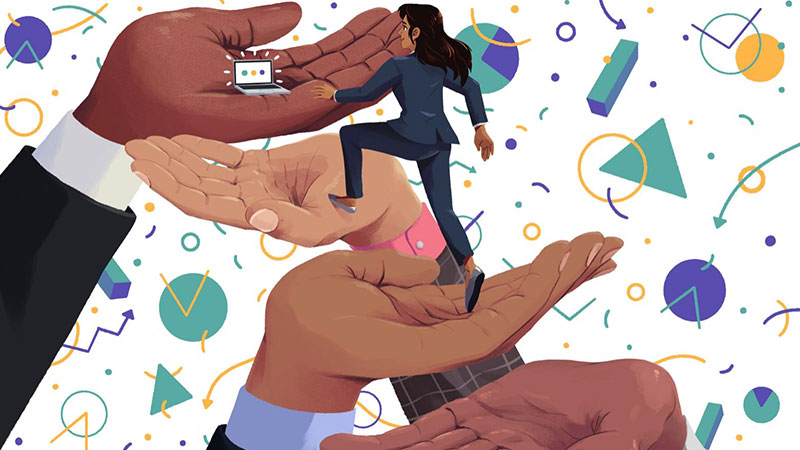 Conversations about gender equality may be uncomfortable but transparency is essential to creating change across an organization.

This article was originally published by Quartz at Work.

Today, we have an unprecedented opportunity for men and women to come together and openly discuss the gender issues that affect us all. These conversations may be uncomfortable, but, when it comes to this topic, having uncomfortable conversations can be a good thing. Here’s why.

Gender equality is imperative for success

To me, gender equality gets at the heart of why we are here as an organization: to create an environment where the maximum number of people can thrive and do their best work. That’s what drives a successful business. To achieve that, we need to create a culture that celebrates diversity of backgrounds, experiences, and perspectives.

I’ve been with JPMorgan Chase for 23 years and have learned from some of the best business leaders in the world. It’s very important to me to pay it forward to the next generation of leaders; I believe it is a part of my responsibility as the CEO of Chase Auto. To that end, I’ve mentored many male and female colleagues, helping them navigate workplace challenges and giving them advice on how to advance in their careers.

Six years ago, I got involved with Women on the Move, JPMorgan Chase’s global initiative focused on empowering women in their personal and professional lives. Since then, I’ve become the executive sponsor for the New York Tri-State chapter of this program and met women at various stages of their careers. As a mentor, I’ve heard many common concerns ranging from apprehension about promotions and compensation to working on majority-male teams.

These experiences have repeatedly confirmed one thing for me: we need a greater number of men advocating for gender equality across all organizations, industries, and levels. To help lead the charge, we created the “Men as Allies” project at JPMorgan Chase—an extension of Women on the Move. The project brings men and women together to talk about how we can all work to even the playing field.

Transparency is essential to creating change

If we want to make gender equality a reality, transparency needs to become the norm. When surveys ask men about what prevents them from becoming allies, many say that they don’t feel like they have a voice in the conversation. Others say they’re afraid of saying the “wrong” thing, or advertising their lack of knowledge about a topic.

This is why I’m a strong believer in creating the psychological safety to have transparent conversations. When you have a room of people discussing a tough problem, it’s important that everything is on the table and that everyone is sharing what they really think. But the environments at many organizations can make that kind of free-flowing idea exchange challenging. As a leader, it is my responsibility to set the right tone and make sure people feel they can talk about tough issues openly.

In the context of gender equality, this starts by sharing your beliefs, even if doing so makes you uncomfortable. It also means listening—truly listening—when others share their own views and not rushing to judge them when they do. These changes are small and incremental, but, in aggregate, can make a big difference toward building empathy and trust across an organization.

Leadership matters – at any level

Both inside and outside of the workplace, when people see others speaking up about gender equality, it makes them more likely to take notice, acknowledge that the problem matters, and get involved. That’s ultimately what leadership is: setting the agenda and focusing the attention of the people around you on something important. You don’t need to be a CEO, or even a manager, to be a leader.

When it comes to workplace equality, this mindset is vital. Effecting change in an organization means understanding that what leadership begins, culture sustains. When people across an organization raise an issue and publicly advocate for it, they create visibility and show that the issue is important. This, in turn, increases the odds that others will become advocates as well. If you want to change something, it’s essential that you take a stand and advocate for it.

As CEO of Chase Auto Finance and executive sponsor of Women on the Move at JPMorgan Chase, Mark O’Donovan has 15 years of experience mentoring women and advocating for workplace gender equality.