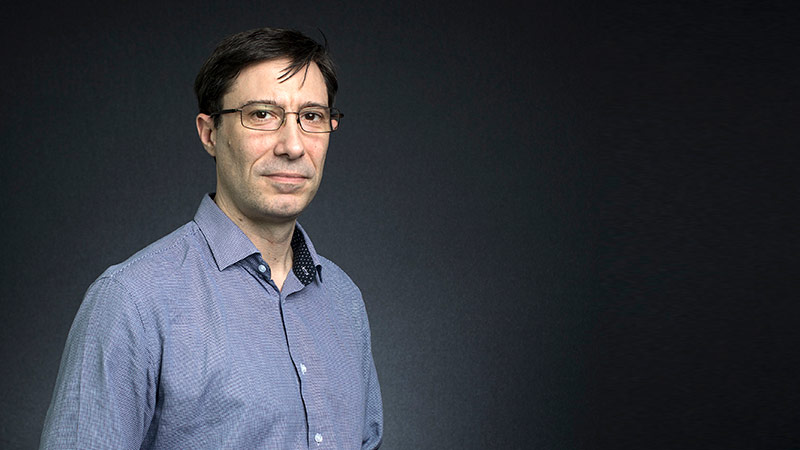 I have the type of personality where if I see a problem, even a loose door handle, I feel I have to try and fix it.

When I arrived at J.P. Morgan in 2013, the number of women in senior roles, especially in technology was lower than I expected and the culture felt a little alpha male in places.

I was hired by a woman, who led our Risk Technology business at the time, and I quickly became a sponsor of the Women in Technology group, one of our networks to promote diversity.

So, I’d made a start. One limitation with these networks is that they often don’t include the people who most need to hear your message. The challenge was to make the lack of diversity in our business an issue for everyone and to turn it into a conversation.

A group of us across the United Kingdom got together, we did some external research and talked to women at the firm about their experiences and immediately we started hitting on examples of unconscious bias. An example might be how job specifications are drafted. Research shows that women typically expect to be able to do about 90% of the advertised role before they apply, while a man will submit an application if he can do 50%.

Bias is generally not visible to people who don’t suffer it. As a white male in a business dominated by other white males, you don’t see it unless you actively go and look for it.

We came up with the idea of trying to help male managers at our company understand more about the challenges women face at work and do more to help hire, promote and retain women. Using the quotes and experiences we’d gathered in our research, we created a two-hour course highlighting common examples of bias in the workplace, how men can spot it and what they can do to counteract it.

The progress of my career has never been hampered by this type of prejudice. So why am I so aggravated and energized by the issue of gender inequality?

The truth is that I’ve seen the impact closer to home. I’ve heard stories from female members of my family about how their lives have been affected by unconscious bias over the years.

Unexpectedly perhaps, the experience of caring for my dad who suffers from Alzheimer’s disease has also made me more committed to this cause. Having a severely disabled relative makes you reflect much more about the daily challenges faced by others.

After a series of pilots, we started the training sessions in early 2017 at our technology centers in Glasgow, London and Bournemouth in the U.K. I am proud to say that we are now launching them in New Jersey and Bangalore as well.

The response has been very positive. Before the sessions, few men thought very deeply about bias. But once we shared some of the experiences of women, they grasped the scale of the problem and wanted to do something about it.

A big part of creating an open, inclusive culture is about making men more aware of the impact of gender stereotyping – its effect on confidence and productivity.

Ultimately, success will be when our courses are redundant, as inclusivity and gender diversity improves.

We are still relatively early in our journey. The number of women coming into technology careers is still low compared with the number of men entering the profession. So, we need to do more to reach out to schools and colleges to get more girls and young women into technology – like we currently do through our Tech Connect program.

This is still a course of discovery for me and others involved with the group. The more I find out about this issue the more passionate I become that something has to be done to redress the balance

Stephen Koch is a Managing Director in Corporate Technology working out of the London Technology Centre.