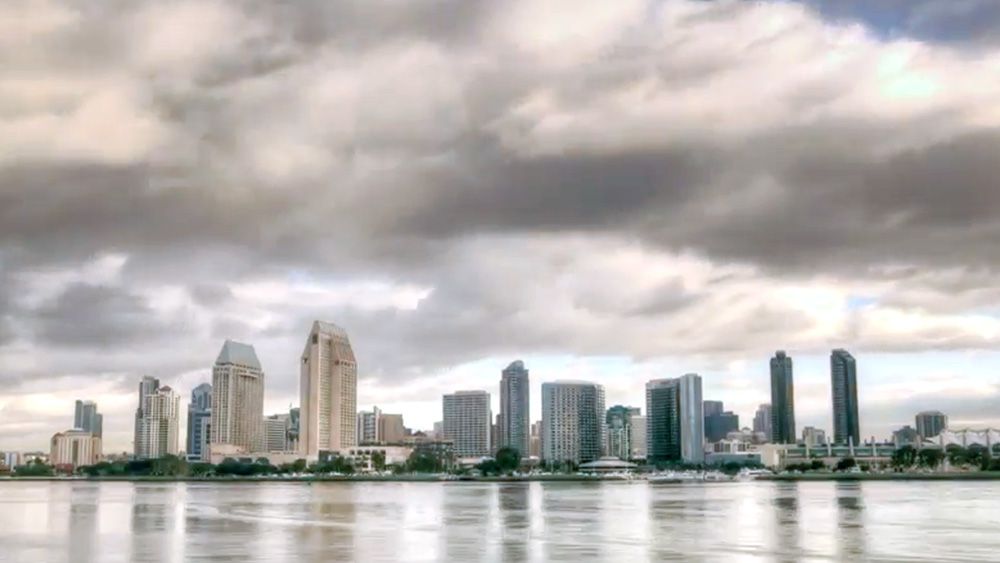 What Can San Diego Teach the World?

A Conversation with Brookings' Bruce Katz

Metropolit an areas are home to large-scale innovation, quality jobs and global economic opportunities — and, now, the majority of the world's population. By 2050, 70% of the global population will call urban areas home.1 Despite their scale, metropolitan areas also produce a disproportionate amount of output for the United States. In fact, the top 100 U.S. metro areas (there are close to 400 in total) occupy 12% of the nation's landmass, and yet they generate 68% our jobs, 75% of our national GDP, and are home to 65% of the population.2

Bruce Katz, co-director of the Global Cities Initiative and vice president of the Brookings Institution, has called this shift the "metropolitan revolution." The U.S. economy is really made up of all of its individual metropolitan economies so driving progress in metro areas leads to growth for the nation as a whole. The Global Cities Initiative, a joint initiative of the Brookings Institution and JPMorgan Chase, aims to help leaders in U.S. metropolitan areas reorient their economies toward greater engagement in world markets.

Bruce McNamer, managing director, Global Philanthropy, JPMorgan Chase, recently spoke with Bruce Katz about capitalizing on the potential for metropolitan areas to be the engines of economic prosperity and social transformation in the United States.

Q:Why are cities and metropolitan areas so important to the U.S. right now?

A:Bruce Katz: In the U.S., cities and metropolitan areas have important roles and responsibilities— land use, zoning, managing our children's education and housing our institutions of higher education as well as our biggest private companies and leading-edge entrepreneurs. All that taken together is the innovation ecosystem that drives economies forward. So, when our national government is adrift and our states begin to wander, cities and metros can step up.

Cities and metropolitan areas are succeeding because they have the assets that the economy requires and the infrastructure to move people, goods, energy, services and ideas. They're home to incredible innovation — not just idea generation but also production, advanced manufacturing and skilled workers. We're a preeminent economy in the world precisely because we're a metropolitan economy. There really is no American economy, frankly. What we are is a collection of metropolitan economies. When they're humming, when they're focused in strategic ways on their own distinctive economies, then the country as a whole does well.

Q:What impact has the economic downturn had on the metropolitan economy?

A:Bruce Katz: After the downturn, cities and metropolitan areas realized they had to go back to basics. Pre-recession they were focused on what we would call the consumption economy — home building, coffee chains, and sports Stadium. Post-recession, they've really begun to focus on those things that drive consumption — innovation, production, exports, foreign direct investment and investments in infrastructure. So, they really have begun to focus on leveraging their own distinct position in the global economy through smart and strategic investments.

A:Bruce Katz: We have 100 metropolitan areas that really power our economy forward. They all have really distinct economic profiles — what they make, the services they provide, what they trade, who they trade with. Buffalo is not like Boston. San Diego is not like Syracuse. In the great words of Dolly Parton: "find out who you are and do it on purpose." Cities should invest in those things that will really power their distinct economy forward — in some places that might be an investment in a port or an airport.  Everywhere it will require an investment in skills but it needs to be really customized to the kind of economy you have.

A:Bruce Katz: U.S. metros not only need to grow more jobs to make up the jobs they lost during the recession, they need to grow better jobs — jobs that pay decent wages, provide decent benefits. Many of those jobs are going to be in the STEM economy: science, technology, engineering, and math. Those are the kind of the jobs we desperately need in the U.S. so that both places and people prosper and thrive.

Q:Why is San Diego a great example of a metropolitan area succeeding with these new approaches?

A:Bruce Katz: San Diego exemplifies the metropolitan revolution. It's got a great platform for a productive, innovative and sustainable economy. They're attracting life sciences and biotech, telecom, and clean technology, because they have a great base of innovative companies and talented workers and advanced research institutions. A lot of this was intentional. Individuals, CEOs, major philanthropists came together and made smart bets for the future of their region —attracting talented workers and growing talented workers from within through training. You don't attract investment from around the world unless you are really good at what you do, and that's the San Diego story, as it is in many parts of the United States.  They sharpen their distinctive edge in the global economy and then they push goods or services abroad or attract investment from elsewhere.

The second thing about San Diego is they collaborate to compete. It's not government against business. It's not business against universities.  It's all of them coming together to power the region forward. San Diego is the 17th largest metropolitan area in the U.S., but when you look at what matters — talented workforce, patents and other signs of innovation — they're consistently in the top five or the top ten. San Diego is punching above its weight, and that's because these different sector's institutions are working together.

The Global Cities Initiative is a five-year collaboration between the Brookings Institution and JPMorgan Chase that aims to help leaders in U.S. metropolitan areas reorient their economies toward greater engagement in world markets. The Initiative aims to equip business, civic and government leaders with the information, policy ideas and connections they need to help their metropolitan areas thrive in the global economy. The Global Cities Initiative is helping city and metropolitan leaders become more globally fluent by providing an in-depth, data-driven look at their regions' standings on crucial global economic measures, highlighting best policy and practice innovations from around the world and, through the Global Cities Exchange, developing and implementing regional strategies to boost global trade and investment.