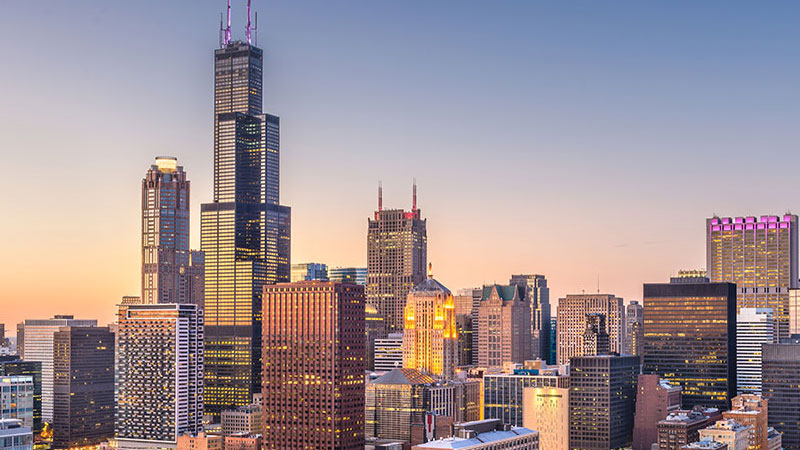 Thank you all for being here. I’m not sure there’s been a more important time to talk about our economic divisions and how we go about healing them.

There was a study released just a few weeks ago reporting on a remarkable milestone. In the next two years, for the first time in human history, more than half the world’s population will become part of the middle class.

After thousands of years where the vast majority of people lived in extreme poverty, this is an extraordinary achievement for humanity. It demonstrates how far we have come and how far we can go, and should inspire us to confront the pressing challenges ahead.

Despite so much progress, almost half of the world’s population is still struggling. Millions of people live with either little or no economic means. Even many of those who have reached the middle class still live with tremendous uncertainty.

Too many young people — particularly in our inner cities — are trapped in low-skill, low-wage jobs or completely disconnected from employment, education and training.

Too many neighborhoods are struggling from disinvestment. The wealthiest cities in the world have some of the highest poverty rates.

The consequences of this are profound — divisions in our society, erosion of confidence in our institutions. This is what’s driving our political debates, here and around the world. It’s the story that’s defining our times.

There is no more urgent need than an economy that creates greater opportunity for more people. But getting there will require deliberate action and genuine collaboration. Government and nonprofits play vital leadership roles, but the private sector must step up and do more.

A little more than 200 years ago, Thomas Jefferson taught us an essential truth about democracy, which is inscribed on the walls of his memorial:

Laws and institutions must go hand in hand with the progress of humanity. Institutions, he said, “…must advance to keep pace with the times.”

This is what JPMorgan Chase is seeking to do — to keep pace with a rapidly changing world and the challenges that come with it.

Let me tell you about how we got here.

A few years ago, as we were coming out of the financial crisis, we asked ourselves a simple question: ‘Can we do more? Is there something more we can do as a firm to tackle the growing economic challenges facing our communities?’

We’ve always thought deeply about the role we play in society. We have a long history of being there for our clients and communities — in good times and in tough times.

At the Morgan Library and Museum, a few blocks from here, is a telegram from King George dated November 14, 1918 — just days after World War I ended — thanking JPMorgan for financing the Allied Powers.

During the financial crisis, when the State of Illinois was selling its bonds, we were the only investor who stepped up and bought the entire amount offered.

We have a long history of philanthropic giving.

But the challenges we saw called for greater action. Called for us to ‘keep pace with the times’ — to play a bigger role in helping improve the lives of the people in the communities we serve.

So we started by narrowing our efforts to those areas critical to driving more inclusive economic growth — areas where we could make a unique contribution by leveraging our core business expertise:

We first put this model to work in Detroit. A city that had been declining for decades.

Almost five years ago, we saw a new Mayor, new energy and focus. People coming together — working together. Rip Rapson, President of the Kresge Foundation is here. Kresge is a great partner and was in the trenches in Detroit long before many of us showed up — creating the Detroit Future City plan, a roadmap for the city’s recovery.

We saw a city coming together and an opportunity for JPMorgan Chase to support and accelerate those efforts.

We put the expertise of hundreds of our most talented people from across the world to work. We worked with the Mayor and our partners to strengthen the capacity of nonprofit organizations and ensure our investments were reaching their maximum potential.

We leveraged our data on consumer spending to target our investments most effectively; we leveraged our expertise in designing new lending programs for small businesses; and we harnessed the power of technology to help digitize property information to transform blighted properties.

We made a strategic investment in Detroit’s future. And the returns have far exceeded our expectations.

People are moving back to the city. The unemployment rate is down from 20% in 2013 to less than 9%. Small business growth is booming. For the first time in 17 years, home values have risen and mortgage lending is up. Most importantly — there is a sense of optimism once again, particularly among the young people who now see a future for themselves in the city.

And yes, our investments in Detroit are being paid back, on time and being redeployed into the community.

Harvard Business School conducted a case study of our work in Detroit and noted — this wasn’t a traditional philanthropic approach of writing checks and hoping for the best. The firm approached these efforts with the same long-term investor mindset and management rigor applied in our business — making data-driven investments, evaluating and adjusting as we went along.

As a result of what we learned in Detroit, we’ve undertaken similar efforts in Chicago’s South and West sides and in the Anacostia area of Washington, D.C. We’re focusing on scaling the models that are making an impact, including the Entrepreneurs of Color Fund, which you’ll hear more about this morning. Later this year, we will announce our first comprehensive investment outside of the United States.

We’re doing all of this not only because it’s the right thing to do, we believe that it’s the smart thing to do for our firm and our shareholders. One reason for JPMorgan Chase’s enduring success is the recognition that we must operate within the context of our communities — when our communities do well, we do well. This is not about “Social” Responsibility. This is how we do business.

So today, I am pleased to announce that we’re taking a much bigger step to extend our model to reach more communities.

AdvancingCities is a $500 million, five-year commitment to invest in solutions that bolster the economies of the world’s cities and lift the people and communities within them.

One of the most important parts is the creation of The AdvancingCities Investment Fund, which will deploy up to $250 million in lower cost, longer-term capital. And based on our experience and third-party evaluations from Harvard and others — we expect to leverage an additional $1 billion in outside capital, resulting in a total of $1.5 billion to boost inclusive growth.

This initiative is built around a challenge, literally and figuratively. A challenge to ourselves and to leaders in our communities — government, business and nonprofits — to come together, to work together:

We’re going to invite proposals from communities across the United States, starting today, and we’ll evaluate them, looking for places where we can be most effective and have the greatest impact.

We will continue to monitor and evaluate how our investments are progressing. While we’ve learned a lot about what’s most impactful, we know that not everything will work. But if something doesn’t work, we will try something else.

Importantly, we will only invest where we truly believe we can make a difference — where there is a focus and a strategy, and above all, genuine local leadership and meaningful collaboration.

Irene Baker, the Head of AdvancingCities, will talk more about the competition later.

Before I turn it over, I want to make two final points:

First, this initiative is the culmination of months of work with so many partners across our firm and our external partners. Over the last few years, we have worked with so many of you, leaders across sectors. Your commitment to being a positive force in our communities has truly inspired us.

Finally, in my work at JPMorgan Chase and throughout my career, I have seen that no matter where you live around the world, we all share similar aspirations, similar hopes and dreams. I truly believe that there’s no greater calling for a firm like ours — or better investment we can make — than to help create the opportunity for more people to reach them.

Thank you all for being a part of this.

About the author:
Peter Scher is Head of Corporate Responsibility and Chairman of the Mid-Atlantic Region, JPMorgan Chase & Co.