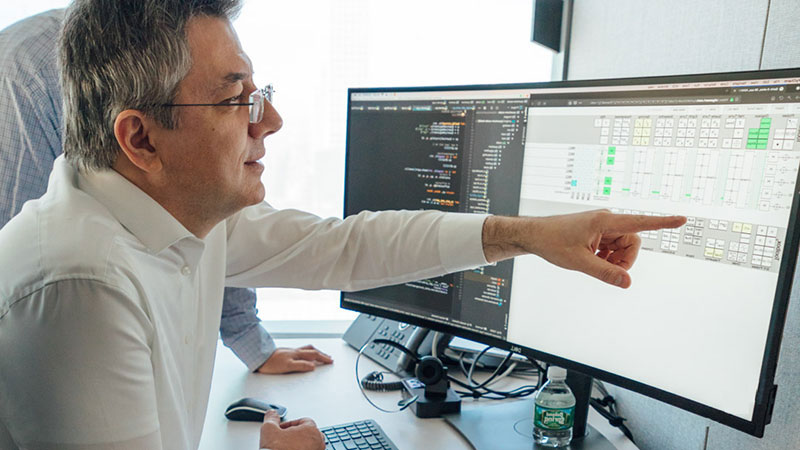 Senior Engineer Constantin Gonciulea on building the case and culture for quantum computing.

Five years. That’s how long IBM thinks it will take quantum computing to go mainstream and transform global industry. The prediction might seem extreme to conservatives who say the shift is around ten years away—but even that span of time makes this tech, typically reserved for science fiction, feel somehow, within reach.

Naysayers aside, JPMorgan Chase wants to be ready for the quantum leap. With that in mind, the company has tasked senior engineer Constantin Gonciulea with building a “quantum culture.” Gonciulea is the unofficial leader of the company’s foray into discovering how quantum computing can change the financial industry. Every two weeks he gathers a select group of 25 computer scientists to pour through the latest research and breakthroughs in quantum computing.

“When I work on stuff like this, I have to go into a rabbit hole for a few months,” says Romanian-born Gonciulea, who has a PhD in mathematics. “Basically quantum computers work within the world of atomic and subatomic particles, where many possible outputs are computed in parallel.” It’s based on the concept of superposition, where an object can be in two states at once, like a coin spinning so fast that it becomes heads and tails at the same time. 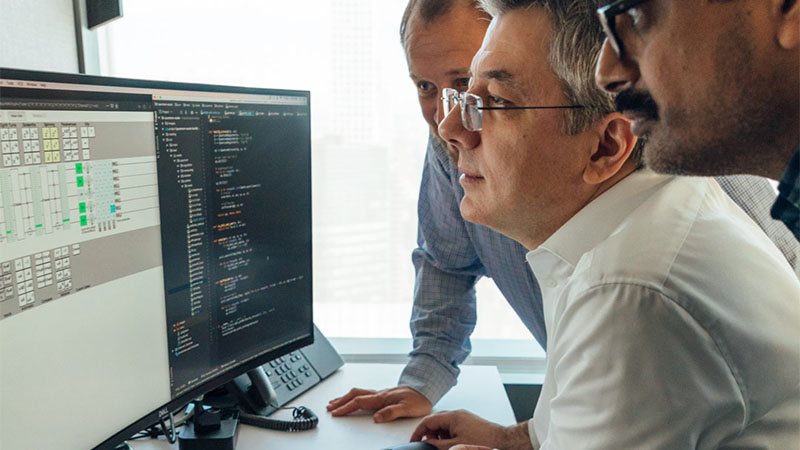 Those meetings are an opportunity for Gonciulea to reflect on the possible benefits of quantum computing in the company of those whose interests are equal parts curiosity and skepticism. Between the bi-weekly meetups, he splits his time between work and family—helping digital teams teach virtual assistants how to read humans during the day and taking on parental duties at night, like helping his two teenagers with calculus homework.

But once the dishes are done, Gonciulea dives right back in. A relaxing evening might include digging into Scala, a programming language designed to support the next generation of computer systems, which he uses as part of his quantum computing work at JPMorgan Chase. There’s no time to be wasted, according to Gonciulea, as he fully anticipates that quantum computing will be commercialized in 5 to 10 years. When it is, the world will have computers so fast that they can process information in multiple states of time.

Considered one of JPMorgan Chase’s Distinguished Engineers, an honor supported by Chief Information Officer Lori Beer, Gonciulea and his team have the freedom to explore technology innovations that they find interesting. In doing so, they help executives determine the next iteration of technology at the company.

Gonciulea is particularly keen on enticing the newest tech recruits into the conversation. “The quantum computing revolution has to be fueled by the next generation of graduates entering the workforce,” he says. “We need to get them to experiment with this technology in order for it to reach its full potential.”

While quantum’s full potential is yet to be discovered, there are already some very promising FinTech opportunities emerging. The development of artificial intelligence will leap forward, says Gonciulea, once quantum speed is applied. And that in turn could have positive ramifications for investors and fund managers.

“Right now fund managers have to choose among an infinite number of investment combinations for their portfolios, based on the level of risk they want to take. Just imagine if you had a computer that could detect potential risk, based on your appetite for risk, within seconds of the change taking place in a particular security or market.”

That risk assessment strength could also be applied to fraud. “Right now we have thousands of employees who detect fraud as part of their job. Applying quantum computing to assessing potential fraudulent payments, and connecting that capability to a virtual assistant would be beneficial for our merchant services clients.”

Though some are still skeptical, technology is moving at the speed of light and the powerful benefits could disrupt industries worldwide. Companies like JPMorgan Chase have the resources and intelligence to be a catalyst for this industry evolution.

“A lot of people probably don’t see the value in quantum computing right now,” Gonciulea admits. “But the fact that we are allowed to work on problems of our choice that are interesting, and we think are important, tells you that JPMorgan Chase really intends to be a leader of the evolution.”