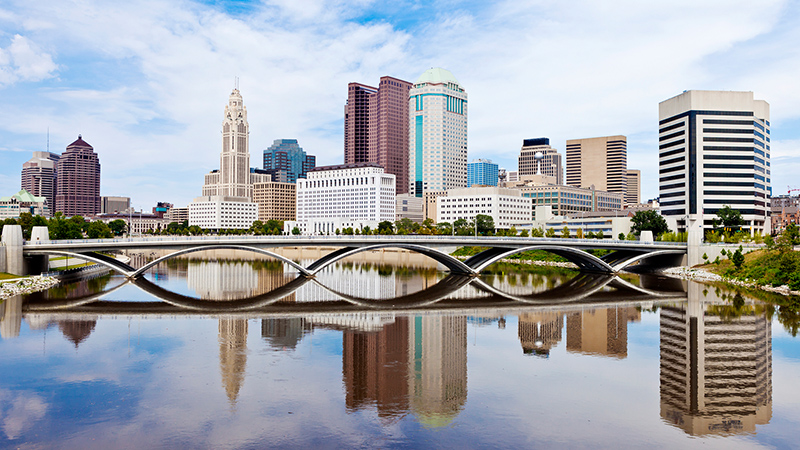 Columbus – April 26, 2021 –JPMorgan Chase announced today it is launching a community-based hiring model in Columbus to help remove barriers for qualified people with criminal backgrounds to secure employment at JPMorgan Chase. The firm also joined a group of 29 major employers and national organizations to launch the Second Chance Business Coalition (SCBC) as part of its commitment to give people with criminal backgrounds a second chance by supporting their reentry into the workforce, community and local economies.

Based on lessons learned from its efforts in Chicago, JPMorgan Chase is launching new collaborations with Columbus-based non-profit organizations to further build an inclusive hiring pipeline for people with criminal backgrounds in the city, whose histories fit within industry regulatory guidelines. The firm is collaborating with Center for Employment Opportunities (CEO), Goodwill Columbus, Columbus Urban League and The Legal Aid Society of Columbus to provide these job seekers with key resources, such as legal services, job search support and mentorship. Since its launch, this firm’s proven Second Chance recruitment model has helped more people with criminal backgrounds get hired into the firm’s Chicago workforce.

In Columbus, JPMorgan Chase will provide local partnering nonprofits with technical support to equip them with best-in-practice approaches to supporting jobseekers facing barriers to jobs because of their arrest or conviction histories. The organizations will collaborate with JPMorgan Chase recruiters to provide career coaching, mock interviews, resume building, skills assessments and wraparound services to help successfully recruit, hire, and retain people recruited through this effort.

“Now more than ever, Central Ohio needs an economy that works for more people,” said Corrine Burger, Chief Control Officer and Columbus Location Leader for JPMorgan Chase. “Breaking down barriers to employment not only helps connect businesses with qualified workers, but also unlocks opportunity across the community and strengthens our region. When we create hiring practices and policies that give people a second chance at stable employment, we all win.”

“A critical aspect of criminal justice reform is ensuring that people with past convictions have viable employment options, and pathways to economic mobility after incarceration. We are excited to join JPMorgan Chase and other partners to promote scalable inclusive hiring practices in Central Ohio,” said Christopher Walter, Chief External Affairs Officer, Center for Employment Opportunities. “JPMorgan Chase is proving that modernizing hiring practices benefits employers by providing them with access to this highly motivated, hard working and loyal workforce.”

In addition, through the Second Chance Business Coalition, JPMorgan Chase will engage with other local employers committed to adopting and promoting Second Chance hiring policies by sharing best practices, insights and learnings.

JPMorgan Chase’s hiring efforts in Columbus build on a range of actions the firm has taken to expand opportunities for individuals with criminal backgrounds to pursue careers within the firm, such as proactively “banning the box” on job applications and removing all questions about criminal backgrounds from job applications. As a result of these efforts, in 2020, over 2,100 people with criminal backgrounds were hired – approximately 10 percent of JPMorgan Chase’s new hires in the U.S. Many were involved in low-level crimes such as disorderly conduct, personal drug possession and DUI (driving under the influence), and are employed in jobs such as transaction processing, and lending and account servicing.

Approximately 70 million Americans have a criminal record. Research shows that individuals with a conviction history often experience significant collateral consequences as a result, including barriers to employment and a lack of opportunities to advance professionally. For example, a criminal record alone can reduce the chances of a second interview by 50 percent. A Society for Human Resource Management study found that 82 percent of managers feel that the “quality of hire” for workers with criminal records is as high as or higher than that for workers without records. Policymakers and businesses increasingly recognize that providing education, skills training and employment opportunities to people with arrest or conviction histories helps reduce recidivism, increase public safety, build stronger communities and strengthen the economy.

In addition to the firm’s hiring efforts in Columbus, the firm is taking several other actions to remove barriers to employment for people with criminal backgrounds:

JPMorgan Chase & Co. (NYSE: JPM) is a leading global financial services firm with assets of $3.7 trillion and operations worldwide. The Firm is a leader in investment banking, financial services for consumers and small businesses, commercial banking, financial transaction processing, and asset management. A component of the Dow Jones Industrial Average, JPMorgan Chase & Co. serves millions of customers in the United States and many of the world’s most prominent corporate, institutional and government clients under its J.P. Morgan and Chase brands. Information about JPMorgan Chase & Co. is available at www.jpmorganchase.com.