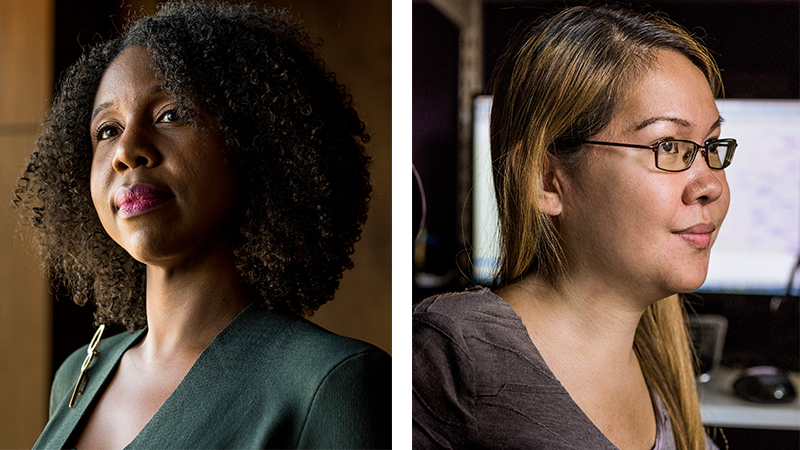 It isn’t just a job—it’s where work and values connect.

THE WORKPLACE IS CHANGING. There was a time companies were fairly impersonal—faceless, even—when employees expected paychecks, stability, and little else. The modern American office, however, has become something more complex and vital: a dynamic hub of social awareness and engagement, an evolving cultural space that incorporates a range of values as diverse as the people who make up a company.

Increasingly, employers are recognizing that the office is where work intersects with personal values. Companies that keep pace with the times, who prize inclusivity, may naturally have an edge when it comes to recruiting the next generation of talent. A little over 10 years from now, Millennials will constitute three-quarters of the domestic labor force. Study after study describes an emerging workforce eager to join teams where an array of voices and perspectives shape a truly diverse environment.

Many forward-thinking companies have already made inroads to create the kind of collaborative atmosphere a modern workplace can provide—they realize it’s good business to be good. For today’s young professionals, it seems being proud of one’s work is quickly becoming inseparable from being proud of where one works. Don’t just take our word for it. Below, a sampling of personal tales from professionals at JPMorgan Chase. 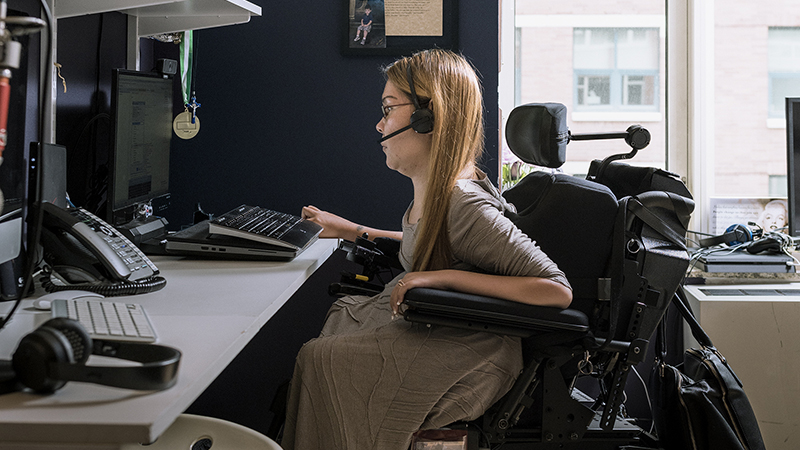 ONE YEAR AGO, Tabitha Haly may have felt like just another bright coder, talented and ambitious, toiling away at various tech jobs in the city. But she also harbored a desire to work somewhere she could put her tech skills to work in a truly global context. When she applied online for a role at JPMorgan Chase, however, she admits she wasn’t 100 percent sure whether the company featured any resources dedicated to employees like her, having lived with muscular dystrophy since birth.

Barriers, visible and invisible, abound for folks with disabilities. Feeling like an integral part of the business world is far from easy: studies reveal many workers are forced to negotiate far more than crumbling access ramps or missing guardrails. And over half of all American workers with disabilities have actually tried to “hide” their disabilities at work, while 55 percent secretly worry they may have to stop working entirely due to their condition.

Disability has hardly hampered Haly’s advance in the company. Now a vice president, she’s seen her special knowledge of the disabled community-a unique, undervalued pool of enormous talent in the tech fields-put to good use. Haly sees that kind of diversity as its own kind of innovation; she’s seen that her new company also places a premium on innovation, hosting hack-a-thons, encouraging original thinking, always securing the right tools and policies together to promote and genuinely welcome, accessible, and inclusive work environment.

"It’s a moment of truth, being disabled myself, when you know that where you’re applying and interviewing is welcoming to you, not making you feel like there’s any type of barrier."

It came as a sizable relief for Haly to discover the Office of Disability Inclusion in this, her first year. Since its inception, the ODI has provided a safe space and forum for employees with disabilities to network with each other, as well as act as a resource for the company as a whole. Haly herself has become a recruiting eye for Access Ability, a business resource group providing a voice not only for employees with disabilities but also for family members, caregivers, and anyone else affected by disabilities, with over 3,400 members and 14 chapters around the world.

Haly will be the first to admit it: there’s a palpable esprit de corps and team-building vibe in her department. Buoyed by that spirit of empowerment, she’s felt the line between ability and disability grow ever fainter. “I can come into the office or I can work from home, where the company set up a virtual workstation for me, whichever I choose. It’s a moment of truth, being disabled myself, when you know that where you’re applying and interviewing is welcoming to you, not making you feel like there’s any type of barrier. It’s why I want to become more and more involved, the longer I’m here.”

Culture Is the Game-Changer 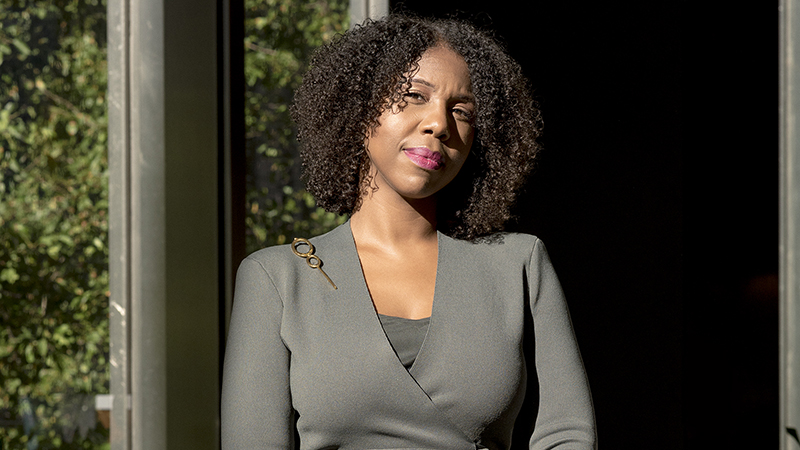 TOYE WIGLEY HAD ALREADY ENJOYED THE BEGINNINGS OF A SUCCESSFUL CAREER in marketing and strategy when she came to JPMorgan Chase some six years ago. It all started with an offhand comment from a colleague: "Toye, I think you’d really connect there."

To her surprise, “connection” turned out to be something of a watchword, a value bred deep in the company’s bones. Thinking back to other firms where she’d worked, Wigley remembered how difficult it was to find connectivity among the ranks or to the top of the house. She recalled companies where women would suffer in nervous silence, only occasionally seeking each other out to ask: Is it okay if I ask my boss this? Can I find my own voice here? “A lot of the times, you may have known who the CEO was by name, but you never really connected. In the hierarchy, you felt they were untouchable. That’s not what we do here.” She pauses a moment. “I never really thought about culture until I came to this firm. Culture is the game-changer.”

"I never really thought about culture until I came to this firm. Culture is the game-changer."

Originally from Atlanta, this self-described city girl with a Southern heart had for many years been the “only one,” as she puts it, “the only black face, the only black woman in the room.” That extra sense of disconnection was something she took in stride, figuring she’d always have to get used to it, no matter the job. In the time she’s been at JPMorgan Chase, however, she has not only seen the empowering force of employee programs like Women on the Move—an advocacy group dedicated to creating pathways for female professionals to succeed—but also the inclusivity of diversity groups like Advancing Black Leaders (ABL), in which she’s become deeply involved. ABL aims to attract and advance top talent within black communities, creating internal structures that support and retain that talent.

Wigley is proud to have grown into her role as a mentor and influencer who affects the internal currents of the job, even at a massive financial-services company with nearly a quarter-million employees around the globe. She’s found that the qualities that unite and inspire a diverse body are things nearly everyone can pour their heart into: openness, dialogue, connectivity, collaboration, and trust. They’re all part and parcel of an evolving company culture.

“When JPMorgan Chase has a problem, we get the right folks around the table. We invest talent and resources, and we fix it. I’d never witnessed an environment that was so open,” Wigley says, recalling her early days. “Here I was able to harness my voice.”