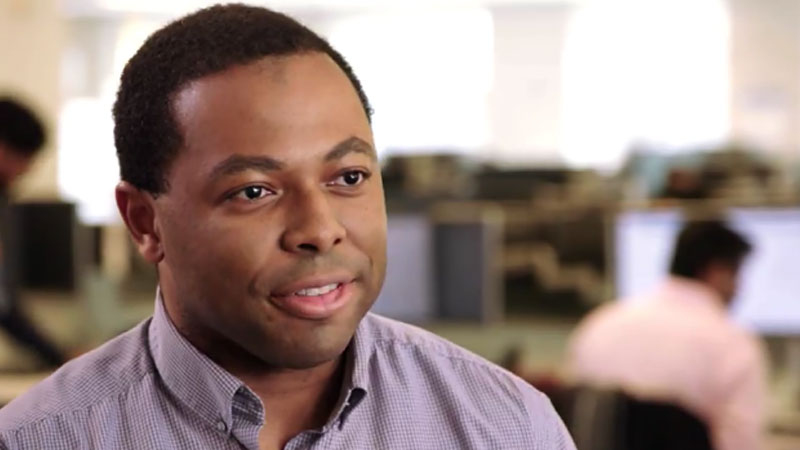 See how we can change the traditional interview process to find more diverse talent.

Description: This video shows a large computer room where Wesley and Jon, two men on the Autism Spectrum, work as Quality Assurance Analysts for J.P. Morgan Chase and Company.

Wesley: At age five I was diagnosed with the autism.

Jon: I actually did feel my whole life that I was kind of different than a lot of my peers.

On screen: Lee, an executive on the Autism Spectrum, sits in an office, overlooking a city.

James: JPMorgan Chase's Autism at Work Program is in its second year. What we found after three to six months, the autistic individuals were equal in quality to the people who had been doing the job three to five years. But the big difference was, they were about 50% more productive.

On screen: Wesley types on a computer keyboard.

Jon: People have told me I'm very detailed, just in the way I explain things or, you know, the way I analyze things.

Wesley: The skills I do bring here, the ability to learn at a fast pace.

On screen: At his desk, Wesley correlates notes with data on his computer screen. J.P. Morgan Chase employees interact with one another.

Jon: My name is Jon.

Wesley: My name is Wesley and I work at JPMorgan Chase.