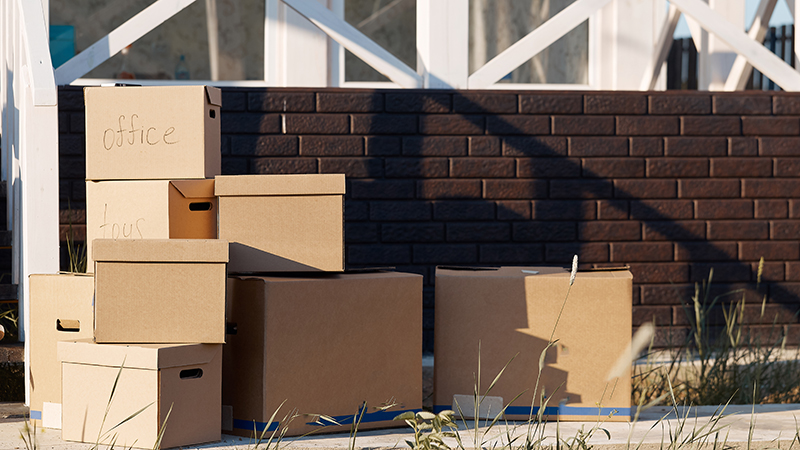 When military members return, they should have an actual place to call home.

This article was originally published by OZY.

Brian Storemski wears an ankle brace to help keep his gait stable and to regulate the pain that runs up and down his leg. As a young, active man in his twenties, Storemski never expected to be dealing with a life-altering injury so early-on in life.

Storemski is a retired U.S. Army Specialist who served as a medic in Afghanistan. While serving his country, he suffered a major combat injury, was forced to return home and then faced additional health challenges before having to medically retire. After an unexpected end to his Army career, finding a new professional path was challenging while struggling to pay rent and manage medical bills. His dream of buying a home with his wife was becoming less and less of a reality. 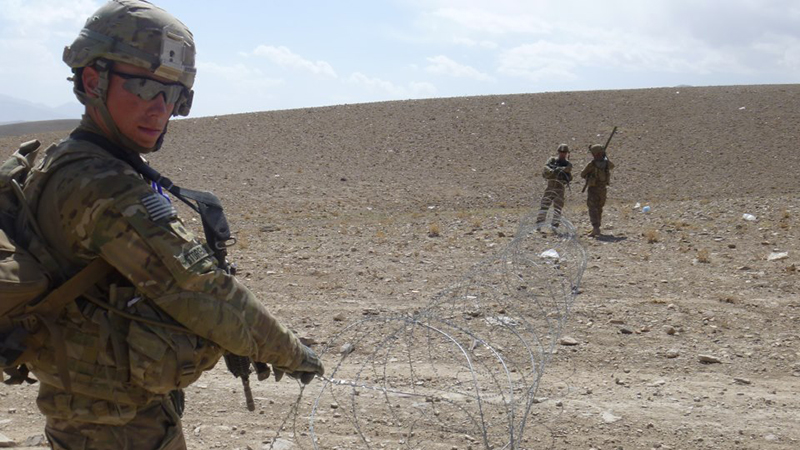 Sadly, the Storemski family is not alone in their struggles. Many veterans return home and find themselves in very similar — and oftentimes worse — situations. Some don't even have the resources to afford basic necessities like food and rent, so they end up living on the streets. Fortunately, successful housing tactics as well as support from both public and private partners are helping keep roofs over our veterans' heads.

After Hurricane Katrina devastated New Orleans, the city was confronted with one of the highest homeless populations in the country (behind New York City and Los Angeles) — with numbers skyrocketing to over 11,000. Due to situations like Storemski's, many veterans are particularly susceptible to becoming homeless, so the city's mayor at the time, Mitch Landrieu, made a commitment to end all veteran homelessness. Thanks to coordination among local, state and federal agencies, and nonprofits who are entirely focused on housing veterans, the number of homeless veterans dropped from 515 in 2011 to effectively zero by the beginning of 2015.

The success of New Orleans — and other cities that have since followed its lead — is based on a proven model of success. The key, says Martha Kegel, executive director of Unity, a nonprofit that helps find housing for homeless veterans, is a 'housing first' strategy. This particular strategy focuses on finding the individual a home first, and then addressing any mental health or substance use issues. “It sounds simple," Kegel adds, “but without a stable home, it's hard to expect people to fix other complex problems."

Randy Brown, director of communications at the National Coalition for Homeless Veterans (NCHV), has seen similar approaches work elsewhere: “Communities that are most successful make it a community-wide priority to end veteran homelessness," he says. In total, 65 cities and towns across 33 states have ended veteran homelessness using this 'housing first' strategy.

For instance, by replicating the framework set up in New Orleans, both Phoenix and Salt Lake City announced in 2014 that they had effectively ended veteran homelessness in their cities. And while it may have a ways to go before reaching zero, Seattle has begun to analyze other cities' successes and is slowly adopting those learnings for its own streets — including getting a strong governing body involved and prioritizing the need to place veterans in homes quickly.

A lack of affordable housing is a major challenge across the country, and if communities are not coordinating their efforts, it can slow down progress. — Randy Brown, director of communications at the National Coalition for Homeless Veterans.

Randy Brown, Director of communications at the National Coalition for Homeless Veterans

Private Companies Have a Role to Play

Still, with veterans returning home each and every day, the issue of veteran homelessness remains a persistent concern. In 2017, the number of homeless veterans in the U.S. increased for the first time in seven years, rising from 39,400 to about 40,000. “A lack of affordable housing is a major challenge across the country," says Brown, "and if communities are not coordinating their efforts, it can slow down progress."

Luckily, national programs like Operation Homefront's Homes on the Homefront (HOTH), which finds housing for veterans early-on, are helping. Nationwide, approximately 1.4 million veterans are considered at risk of homelessness due to poverty, lack of support networks and poor living conditions in overcrowded or substandard housing. In response, HOTH partnered with JPMorgan Chase in 2012 to provide mortgage-free homes to veterans. This partnership is part of JPMorgan Chase's larger commitment to award 1,000 mortgage-free homes to military families throughout the country — an investment of more than $185 million.

Thanks to this collaboration between JPMorgan Chase and HOTH, Brian Storemski and his wife are about to move into their dream home. After applying to the HOTH program, the couple received word that they were going to receive a mortgage-free house in Bowie, Maryland. This is an extra special occasion, as Storemski's home will also be the 1,000th house awarded through JPMorgan Chase's commitment. “[My wife] and I are excited to start a family in the Bowie house," Storemski says. “The assistance takes a great deal of stress off our shoulders."