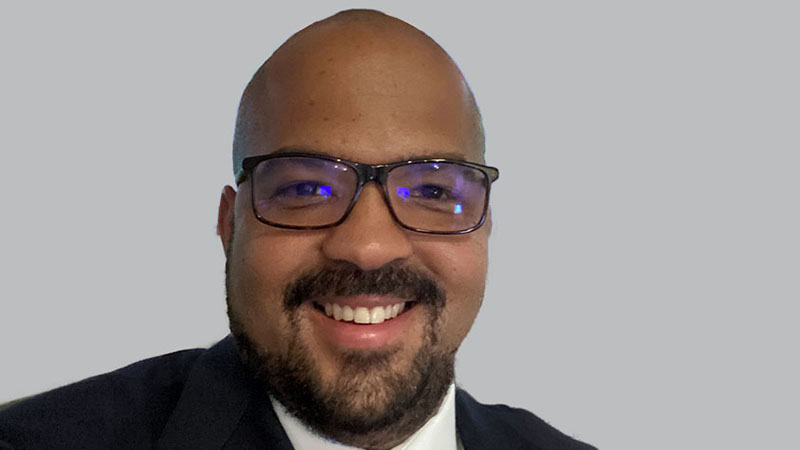 Helping Others Through the Toughest Times

In the wake of one of America's greatest tragedies, Wes Puryear found a new purpose: Helping others talk through their trauma.

It was 7 AM and Wes Puryear was exhausted. Since 1 AM, he'd been on the phone, talking to people in profound personal distress. Now that his six-hour shift was over, it was time to run home, shower and start his day job

It was a punishing routine, but Puryear returned to it again and again for seven years. Four times a month, he worked on a suicide prevention hotline for The Samaritans of New York, which operates the only completely confidential, 24-hour suicide prevention hotline in the New York metropolitan area. And then, the next day, he'd go to work as a bond trader at J.P. Morgan.

Now, eight years later, he's president of the Samaritans' board.

Helping Others Through Stress

Puryear has a long history of helping people in need. In college, he worked at an AIDS/HIV crisis hotline. And, soon after he joined J.P. Morgan in New York, he experienced the stress of loss at work: He started his job the week of 9/11, finding himself in a new office that was still reeling from the worst terrorist attack in U.S. history.

“I barely spoke to anybody my first month," he recalls. “Everybody had just lost a friend or loved one."

A few months later, two major bankruptcies—Enron and MCI WorldCom—gave him a crash course in how major economic shocks can also cause stress, both for the people in his office and for his clients. “I think it made me a better trader," he says. “Now I always think about everything from the point of view of how bad things can get."

Later, as he saw the continuing impact of stress in the people around him, Puryear decided he wanted to use his counseling skills to help people through the toughest times in their lives. He came across an ad for The Samaritans of New York and gave them a call. He ended up serving as a hotline volunteer from 2005 until 2012.

“We'd get calls from people in every walk of life, each with their own unique problems, from fear of losing their job, to trust issues with a spouse, to health concerns that kept mounting," he says. “For us, it was all about listening and asking open-ended questions that steered toward the pain. At times, we may be the last line of defense."

For Puryear, the most rewarding part of being a hotline volunteer came at the end of a call.

“Sometimes, those calls ended with the person breaking down, followed by a period of silence for a few minutes," he says. “That's when I realized they just needed someone there with them for that moment in their life."

"I didn't need to say a word — they just needed me there."

Puryear joined The Samaritans' board in 2010 and became its president in 2015. Today, he works to raise awareness about the group's suicide prevention work. He's also discovering just how many people are struggling with mental illness.

“Often, I'll get approached by colleagues and clients at work who tell me about a cousin, a brother, a spouse, somebody in need, and admitting they have no idea how to handle the situation," says Puryear.

Puryear understands how hard it can be to face the pain of loss: He experienced a personal connection to suicide when a close friend took his own life.

“He had everything in the world going for him in his life and career," Puryear recalls. “Although he had been dead for four months, I remembered seeing updates on his social media pages a week before I heard the news."

"That's when I found out his family was posting updates on his accounts pretending to be him. My friend couldn't go to anybody for help, and his family was so ashamed by what had happened that they did that."

Puryear and The Samaritans of New York remain dedicated to promoting suicide prevention and fighting the stigma around mental illness. Their most pressing concern right now is finding volunteers.

Before the COVID-19 pandemic, The Samaritans had well over 100 volunteers; now, with people either afraid to venture into The Samaritans office in Manhattan or leaving New York City in general, the volunteer count is down significantly.

And calls are only increasing during the mass unemployment and social isolation of the pandemic.

“Volunteering empowered me to become a better listener, be more open-minded and get in touch with my feelings," Puryear said, urging others to consider volunteering for a suicide hotline. “It's the most gratifying thing I've ever done in my life."