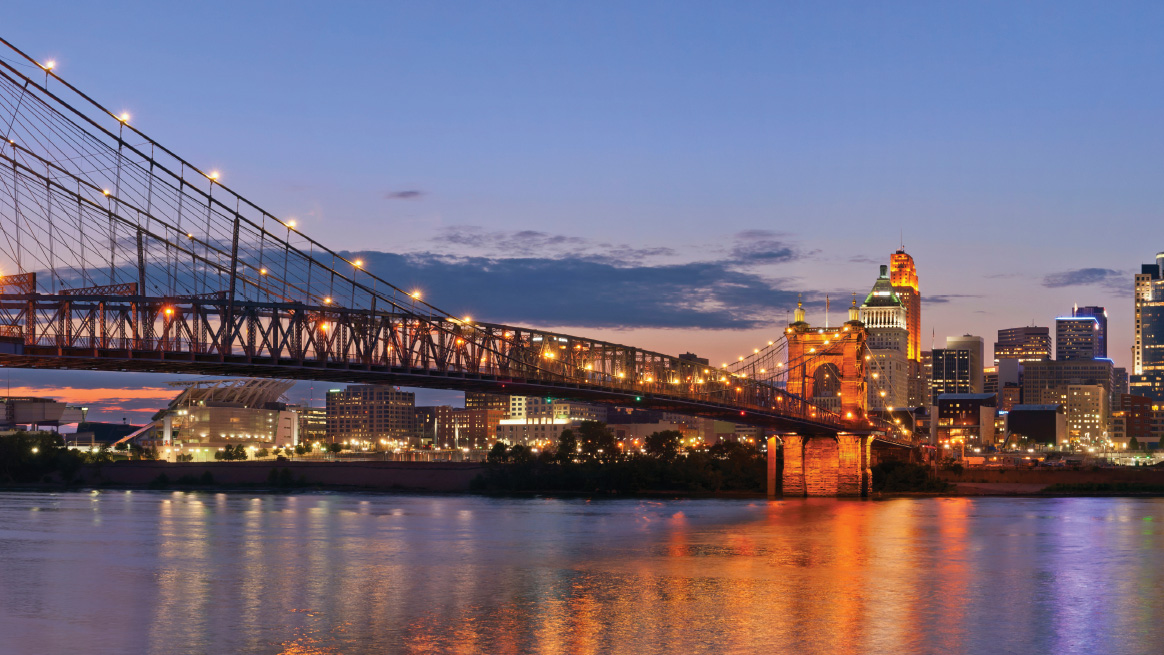 JPMorgan Chase and the Brookings Institution have launched the Exchange, a network of 20 pioneering metropolitan areas committed to increasing global trade and economic competitiveness. The program is part of the Global Cities Initiative, which equips metropolitan leaders with the information, policy ideas, and global connections they need to bolster their regions' positions in the global economy.

This group of eight will join 12 U.S. metro areas – Charleston, SC; Chicago; Columbus, OH; Des Moines, Iowa; Los Angeles; Louisville-Lexington; Minneapolis-Saint Paul; Portland, OR; San Antonio; San Diego; Syracuse and Tampa Bay – that are already involved in Brookings-led metropolitan export planning. Economic development leaders from these regions have been invited to continue developing broader global engagement strategies as part of the Exchange. The Exchange network will expand over time to include additional U.S. and non-U.S. cities working together to strengthen their global competitiveness.

"In today's fast-moving business climate, metropolitan leaders must expand their economies globally," said Amy Liu, co-director of the Global Cities Initiative, Brookings senior fellow and co-director of the Brookings Metropolitan Policy Program. "We created this Exchange to turn opportunity into action and to turn good ideas into results. We will give metropolitan leaders tools and guidance to develop actionable plans that will position their regions to thrive in the hyper-integrated global economy."

To achieve economic growth, cities and metropolitan regions must capitalize on their distinctive assets and expand their global trade and investment strategies. Rapid urbanization in mature and developing markets is creating a new consumer class and 85 percent of global GDP growth is projected to occur outside the U.S. between 2013 and 2018. This is a great opportunity for firms and local economies.

"There are enormous untapped opportunities for leaders in cities and metro areas to expand and strengthen their economies through greater global engagement. But business, government and civic leaders must be proactive and purposeful in acting on this opportunity," said Richard M. Daley, former Chicago mayor, senior advisor to JPMorgan Chase, and chair of the Global Cities Initiative. "For decades, JPMorgan Chase has been helping companies expand their businesses globally and now the Global Cities Initiative is doing the critical work of preparing other partners in metropolitan regions to recognize their unique assets and find their place in the global economy."

Under the Exchange, each metropolitan area will develop a customized global engagement strategy, which will integrate exports and foreign direct investment, and may also include logistics and advanced industries. As part of this work, metropolitan leaders will work with one another to establish new metro-to-metro relationships and to share best practices in globally-oriented economic development.

In addition to these 20 metros, the Global Cities Initiative will support strategic economic engagements in select international markets. In November, 2013 in México City, Chicago Mayor Rahm Emanuel and México City Mayor Miguel Ángel Mancera announced the first international engagement of the Global Cities Exchange and signed an agreement to formalize and strengthen their cities' economic partnership. Guided by the Global Cities Initiative, the two cities will work together to expand exports, foreign investment, and skilled workforce and research endeavors.

For the past two years, the Global Cities Initiative has provided metropolitan areas with research and networks to help them capitalize on their distinctive strengths. For example, in Houston, the Initiative inspired local leaders to create a workforce development plan. In Atlanta, the Initiative spurred the development of a new regional export plan. And leaders in metropolitan areas across the country, including Denver and Columbus, have incorporated the "10 Traits of Globally Fluent Metro Areas" framework into their economic development planning.