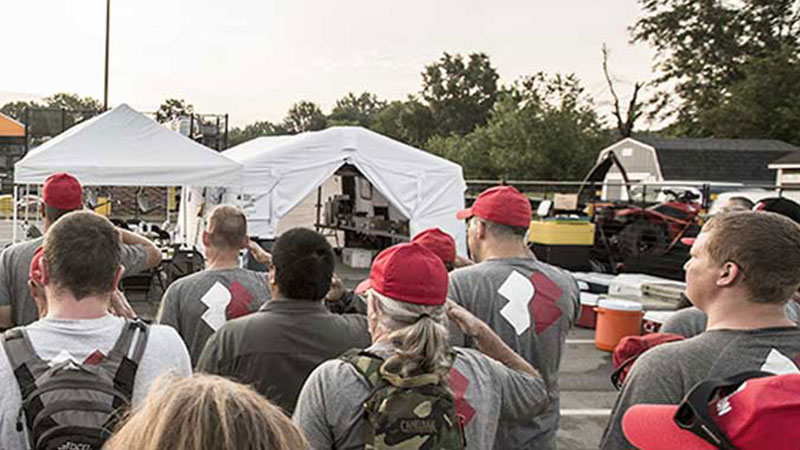 On leadership, veterans and their impact in corporate America

With more than 200,000 U.S. service members returning to civilian life each year, the task of facilitating their transition deserves our focus and best effort. JPMorgan Chase & Co. has a long history of supporting this effort, as a founding member of the Veteran Job Mission, and hiring over 9,500 U.S. military veterans since 2011.

They recently announced the appointment of retired General Raymond T. Odierno, former U.S. Army Chief of Staff, in a senior advisory role with the firm. During more than 39 years of distinguished service, Gen. Odierno commanded units at every level of the Army, with service in both the Persian Gulf and Iraq Wars. He will provide his expertise to JPMorgan Chase to help structure and carry out leadership and workforce development programs and advise the firm on a broad range of issues.

Ross Brown, Director of Military and Veteran Affairs at the company, discussed with Odierno the importance of hiring veterans, what support is needed as they transition to the private sector, and what advice he has for both veterans and employers as that change is made.

You retired from the military earlier this year after nearly 40 years of distinguished service. What has that transition been like?

Ray Odierno: I was in the military since I was 17 years old, so there is certainly an adjustment, but what I have found is that many of the same problems I faced as a senior military leader dealing with complex issues are very similar to the problems that major companies like JPMorgan Chase face. It comes down to understanding the ever-evolving global environment and dealing with constant change.

Are there issues hindering service members' transition that need to be removed, or other barriers we need to approach differently?

RO: There are many misconceptions about the military, and we need to look at the bigger picture. For example, when we analyze how being an infantryman could translate into a being high-performing employee in the private sector, we need to look at the tremendous traits that military veterans provide. You have somebody who is physically and mentally strong, who display moral and ethical courage during the most stressful situations. They have a strong grasp of leadership fundamentals and have significant experience leading others. They are able to quickly assess risk and adapt quickly in a variety of situations to include incredibly chaotic and sometimes in life and death situations. Those skills can transfer to any field to include the corporate environment with a small investment.

The 100,000 Jobs Mission was recently renamed the Veteran Jobs Mission, and their goal of hiring 100,000 vets was revised to a total of one million hires. This coalition of companies is keeping its focus on those who have served our country, and it understands their value in the workplace. Why do you think this mission has been so successful?

RO: It is extremely satisfying to see large corporations come together because they know it's the right thing to do. This says a lot about what they believe in – they understand the sacrifice veterans have made.

They grasp that less than one percent of our population serves in our military, and they want to recognize this and help them transition. They also realize that these young men and women have a lot to contribute to the success of their companies. 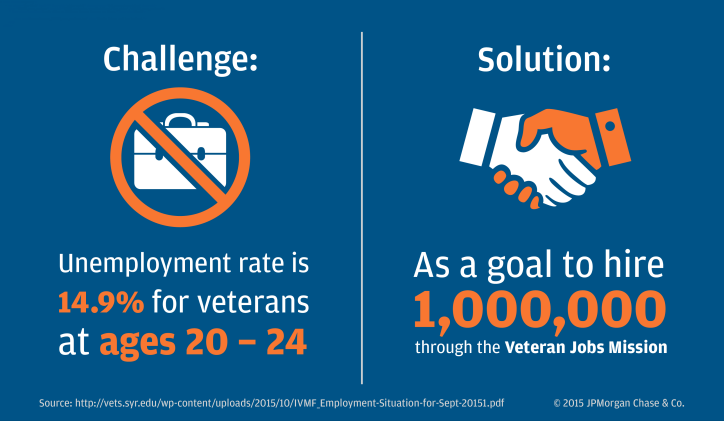 
Do the young men and women who are part of the Millennial generation have specific skills as military veterans that make them attractive hires?

RO: In the military, people of all generations learn very quickly how important it is to deal with others. In the military you can't survive without having a significant amount of personal interaction, with many different groups of people. They learn about discipline, about dedication, being part of a team to accomplish tasks greater than themselves, all of which I think translates very well.

“And I will say to anyone that will listen: I'm incredibly impressed with the Millennial generation of young men and women. Yes, they do things differently than generations before them, but they're still very dedicated. They have proven themselves time and again in very difficult situations. They represent what's best about the United States. Like generations that have come before them, they have a deep love and pride of their country, and they're willing to sacrifice for it.”

What advice would you give to these young men and women as they transition out of service into the private sector?

RO: As with any profession, don't assume that people understand what you did before or what responsibility you had. You have to be able to explain and translate that experience in civilian terms.

People don't quite understand the level of responsibility these young soldiers had, and what was required of them, the discipline and leadership involved, or the depth of knowledge that was required. You have to help people understand that. Great respect comes out of that understanding, which allows you to become more successful in your transition to the private sector.

*About the Veteran Jobs Mission

Since then, more than 200 companies have joined, and altogether they have hired 300,000 U.S. military Veterans, as of October 2015. Members also regularly meet to share best practices to help new companies institute their hiring programs. Visit jobsmission.com

Ross Brown, Director of Military and Veteran Affairs at JPMorgan Chase & Co., served in the U.S. Army for 27 years and, most recently, was a deputy director in the Office of the Secretary of Defense at the U.S. Department of Defense.

Solution: As a goal to hire 1,000,000 through the Veterans Jobs Mission

Source: Institute for Veterans and Military Families: The Employment Situation of Veterans