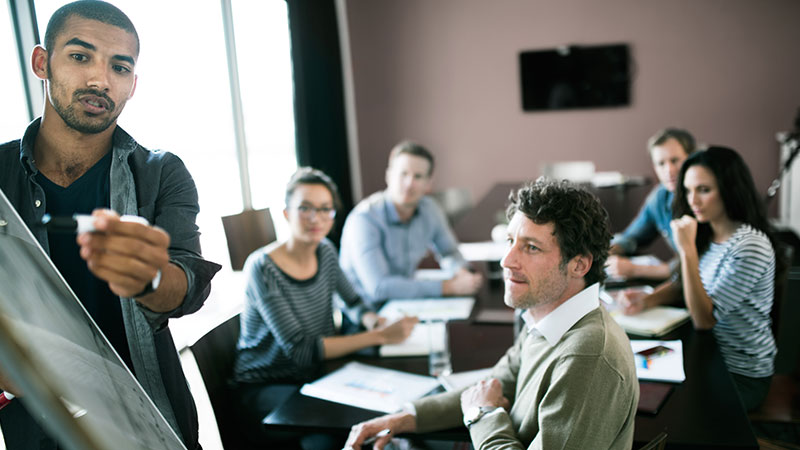 The Future of Corporate Philanthropy: More Than Just a Check

Encouraging employees to give back with their skills is an engaging and impactful way to serve communities.

Refugee camps are, by their very nature, chaotic places: makeshift, underfunded, overcrowded. This is especially true in Italy, which saw an influx of a record 181,436 refugees in 2016 and a 19 percent increase on that by July of this year. Many of those refugees have fled from militia-ravaged Libya, others from the brutal onslaught of Nigeria’s Boko Haram.

For the humanitarian organization Doctors Without Borders (Médicins Sans Frontières), trying to navigate this influx to get people the treatment they need can be a real challenge. Lately, though, MSF has had help from an unexpected place. Volunteers from IBM in Italy built a mobile app that collects data on patients’ conditions and the camps’ needs in real time — regardless of connectivity. This helps MSF anticipate and plan responses more quickly and efficiently.

This app is a powerful piece of technology that MSF would never have had the time or resources to develop alone. It’s also a neat way of illustrating how corporations are moving away from check-writing to skills-based volunteering (or SBV). According to a study by the Committee Encouraging Corporate Philanthropy:

More than 50 percent of companies now channel the talents of their employees into nonprofits as part of corporate citizenship programs.

The beauty of SBV is that, in addition to making tangible and lasting impacts, company employees gain career-boosting skills. As Diane Melley, IBM’s vice president of global citizenship initiatives, says, “Most important, we’re trying to have an impact on a community, but these projects also build community among ‘IBMers.’ To navigate and progress in a company as large as IBM, you need to know where to find the answers you need, so SBV is a great networking opportunity.” It also offers a rare chance for employees to take ownership of a project from end to end, whereas they might otherwise be “coding a part of something bigger.”

“In the nonprofit world, you pedal really, really hard, and there’s so little time for strategy,” says Nicole Jolly, senior program manager at Employ, a collective of nonprofits providing job training to disadvantaged youth in New Orleans. That’s why she was grateful to get help from JPMorgan Chase & Co., which sent a team of volunteers on a three-week placement with Employ, helping them design a more effective business strategy so that they can better deliver on charitable goals.

The project was part of JPMorgan Chase’s Service Corps program, an example of how businesses can use their strengths to help solve social problems while also investing in employees’ professional development. Eric Schroeder, who manages the Service Corps, reveals that he works closely with HR to find candidates for these projects. Through a formal process, he says, “we target people with a track record of performance success.” The short placements focus on resolving specific issues, using the best people JPMorgan Chase has for the job.

For JPMorgan Chase staff, Schroeder says, the Service Corps provides a crash course in adaptability. “They’re working with people outside their line of business, so you force them to adapt to a new reality,” he says.

The nonprofits, in return, get lasting results, Schroeder adds. He recalls a project in Chicago where four employees helped a startup nonprofit aimed at providing jobs in the impoverished Woodlawn neighborhood come up with a realistic model for driving revenue and creating sustainable jobs. “We just had a check-in call with them,” Schroeder says, “and, five months later, they’re using our sales model, and they’re up and running.”

While SBV poses an excellent career development strategy, businesses should be careful not to prioritize their needs above the nonprofit’s. In a recent report by the Stanford Social Innovation Review, one nonprofit leader recollected how a company wanted to work on three projects to meet its own engagement goals, when the nonprofit needed only one. Feeling beholden to accept all three, the nonprofit wasted time it couldn’t spare.

But the same study showed that the majority of nonprofits really value SBV, saying it tended to be more customized to their needs than pro bono work. And in the nonprofit environment, where funding is poured directly into supporting the people they serve, the chance to absorb new skills that can boost operational power at no cost provides more than a check ever could.

Learn more about our Service Corps.