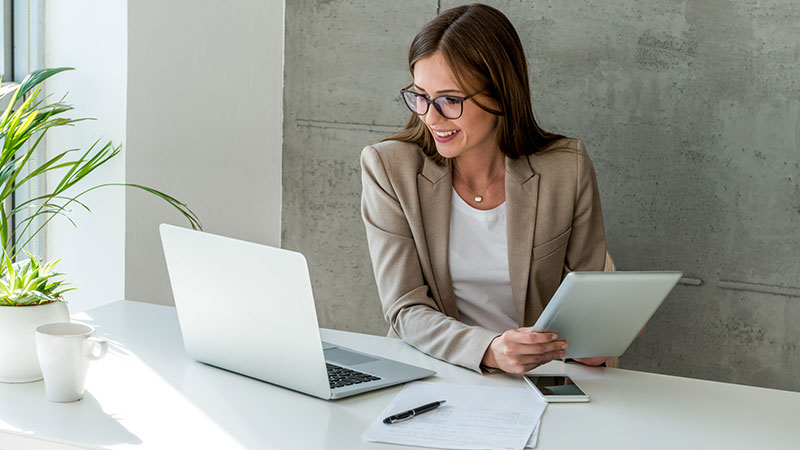 Could Blockchain Have as Great an Impact as the Internet?

The Blockchain revolution has arrived. Let us decode the opportunities for business.

Remember dial-up internet? The grumbling-siren crescendo that signified your intent to surf the World Wide Web?

Nearly 30 years later, we're a long way away from those initial forays. Today, nearly nine in ten Americans use the internet, and in our ever-expanding economy, cryptocurrency isn't an out of reach idea—it's reality. However, the most captivating recent technology is blockchain—the underlying technology behind cryptocurrency—which could be a game changer for the global economy.

Still in its early stages, mainstream blockchain integration may still be years away, yet, some predict it will be as groundbreaking as the adoption of the internet. Just as the internet upended how we share information, blockchain has the potential to revolutionize how we exchange value, transfer ownership, and verify transactions.

Blockchain technology is currently being piloted across industries, spanning from financial services to manufacturing. Other sectors, like retail, are also beginning to experiment with potential applications. In the long-run, blockchain may enable a transformation of operating models across industries.

Just as the internet upended how we share information, blockchain has the potential to revolutionize how we exchange value, transfer ownership and verify transactions.

In short, blockchain is an encrypted digital database shared by several parties in a distributed network. Any transaction that occurs in the network is recorded, verified, and stored in a database. Transactions are broadcast to all network participants—creating an unalterable transaction log.

Blockchain is built on technology, where multiple copies of data exist across a network, rather than a single server or database. Because no centralized authority—or institution—controls it, participants can access the same version of the data in near real-time. The decentralized management allows for faster, less costly processing of transactions, while also allowing untrusted participants to reach consensus on the state of the database.

Beyond the foundational technology, blockchain is categorized in two spectrums: public blockchain, and permissioned blockchain. A public blockchain is a transparent ledger of transactional activity that happens in a given network. The network is open, and anyone can run the open-source software on their computer to join the network. Due to the large scale of the network, agreeing on the state of the ledger can be time consuming and often energy intensive. Digital currencies such as Bitcoin and Ether utilize a public blockchain for transferring value and recording ownership.

Alternately, a permissioned blockchain has an owner, typically a utility, company or consortium of enterprises. Select participants must be authorized to join the network, which has a unique algorithm for reaching consensus on the state of the ledger. The network is often faster than public blockchains. An example of a permissioned blockchain is Quorum. The Quorum platform was developed by J.P. Morgan, and uses blockchain technology to process private transactions.

The Benefits of Blockchain

Greater Transparency
By design, blockchain enables multiple participants to view the entire lifecycle of a digital ledger. It also provides an auditable trail of all transactions present on the blockchain. This essentially results in a “golden” source of truth that all participants in a network can trust, enabling them to exchange value or information with one another, without the involvement of a third party.

Cost Savings
Blockchain enables shared infrastructure between parties. In business, some processes require duplicating information, including many rounds of reconciliation. By sharing infrastructure and trusting the technology the respective parties could save time and money.

Operational Efficiencies
Smart contracts allow for the synchronized execution of a transaction between participants. In other words, many processes can be automated, freeing resources for other opportunities.

Enhanced Security
Network participants trust in the distributed ledgers because blockchain encrypts transactions in a digital database and the transaction history itself is immutable. These cryptography techniques—the process of converting plain text into unintelligible text to protect it during transmission—are used to create unique electronic fingerprints that must be verified before any changes are made.

The absence of a third party makes this technology completely decentralized—and groundbreaking.

What's Next for Blockchain?

Though blockchain is still emerging, it's advancing quickly. While the buzz continues to grow, limitations still exist to the widespread adoption, including technical hurdles such as scalability, data privacy, and technological standardization. Moreover, blockchain requires a need for market-wide understanding of technology application against the current existing regulatory framework. Additionally, there are technical challenges related to security. To date, security breaches have related to user and human error, rather than the core technology, but these vulnerabilities need to be addressed.

Developing the right tools and addressing these limitations will take time, but continued investment in blockchain technology will likely address many of these problems and challenges faced, similar to other technological revolutions of the past. Possibly 30 years from now, like the internet, blockchain will be commonplace technology, and we will look ahead to the next innovation.

Learn more about TechTrends and subscribe to the podcast.