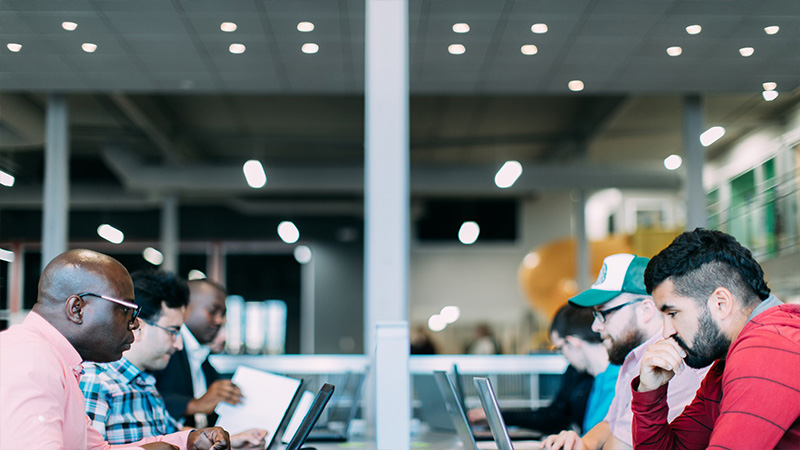 Companies Want to Work With People Who Have Autism

Given the opportunity, individuals with autism can be exceptional employees and contributors.

This article was originally published by OZY.

Starting a new job can be thrilling — but it can also be nerve-racking. For Anthony Moffa, who was hired as an associate software engineer at JPMorgan Chase in December 2016, this was especially true. It was his first job where his employer would know he was on the autism spectrum from the start.

Moffa — who joined JPMorgan Chase as part of the company’s Autism at Work program — wasn’t sure how this information would color his work environment. But from day one, he was met with overwhelming support from his teammates and managers. “Staying true to myself has boosted my identity, confidence and self-esteem,” says Moffa.

And it’s not just his confidence that was given a boost. Since JPMorgan Chase launched the Autism at Work program back in July 2015, it has grown to 85 people in 20+ roles across six countries. The program, which is dedicated to hiring employees with autism and facilitating their professional growth, was designed to overcome barriers to employment for adults with autism spectrum disorder (ASD). These barriers can include things like traditional interview processes and communication styles.

James Mahoney, global head of Autism at Work at JPMorgan Chase, has seen examples where:

"Employees on the autism spectrum were as much as 140 percent more productive than their peers."

And this is not unique to employees in JPMorgan Chase’s Autism at Work program. A joint study between the University of Montreal and Harvard University found that individuals with autism were able to problem solve 40 percent faster than their peers. Researchers theorized that participants with autism benefit from more advanced perception and processing abilities.

But unfortunately, too few individuals with autism are offered opportunities to excel: nearly 66 percent of adults with autism are unemployed, according to the 2017 National Autism Indicators Report. These unemployment rates are “especially egregious in labor markets that prize creativity,” says Jill Houghton, president and CEO of Disability:IN, a nonprofit focused on driving disability inclusion within the workplace. “Corporate America can’t afford to miss out on this talent pool full of unconventional problem-solvers.”

While certain markets may be undervaluing this talent pool, many companies are not letting this group go unnoticed. Both Microsoft and software company SAP have autism hiring programs similar to JPMorgan Chase’s. And because individuals with ASD may not seek out traditional interview opportunities or job fairs, recruiters are coming up with more creative ways to bring them in the door. “Hangouts and even hackathons where individuals with autism can showcase their talents are great ways to try and recruit individuals with ASD,” says Vanessa Matsis-McCready, assistant general counsel and human resources consultant for Engage PEO, a company that offers HR solutions for small- to mid-sized companies. Some companies are even inviting individuals with autism to spend a week working at their offices to make the hiring and onboarding process that much easier and more comfortable.

Matsis-McCready is encouraged by the ongoing push from companies to recruit individuals on the autism spectrum. “Employees are seeing this as a real value-add, a talent pool they had not effectively tapped into before,” she says.

And the benefits of hiring individuals with autism are clear. Because in today’s digital world, companies must keep pace with the rapidly-changing world of technology. Moffa’s success at JPMorgan Chase has shown that organizations that are willing to go the extra mile truly benefit from a more diverse workforce with employees who see things in unconventional ways.“We benefit from the unique blend of talents provided by these detail-oriented, rule-bound, logical individuals,” says Mahoney from JPMorgan Chase.

Given the opportunity, individuals with autism can be exceptional employees and contributors. And for companies willing to give them that chance, there are meaningful gains to be made. In short, it’s the classic win-win. Who wouldn’t want in on that?