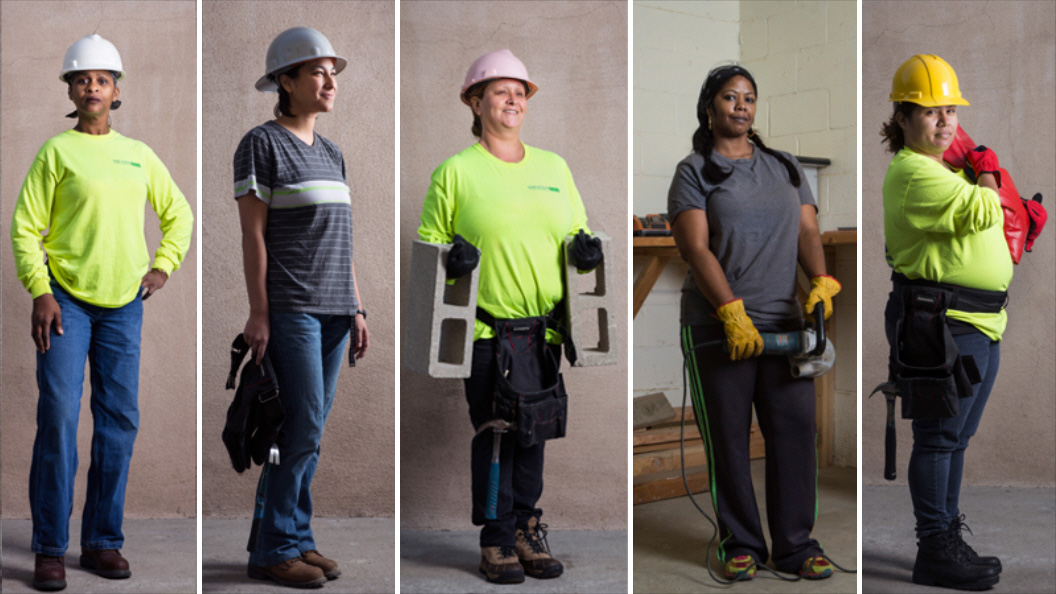 Building Bridges Across the Wage Gap

There's a solution to the equal-pay problem: getting female workers into well-paying jobs in construction and engineering. All it takes is the right kind of training.

When was the last time you saw an all-female construction crew?

Chances are you don't have an answer: Women make up a mere 3 percent of workers in well-paid, middle-skill construction jobs, according to Closing the Skills Gap: On-Ramp Occupations to Middle-Skilled Jobs For Women Workers, a new Institute for Women's Policy Research (IWPR) study commissioned by JPMorgan Chase & Co.

That striking number perfectly demonstrates how occupational segregation by gender contributes to a stubborn wage gap that kept women making 79 cents to every man’s dollar in 2014 and still limits women’s access to well-paid jobs that don’t necessarily require higher education. “Closing the Skills Gap” found that while women make up 83 percent of workers in middle-skill jobs that pay less than $30,000 a year, the number drops steeply to 36 percent for growing, middle-skill jobs that pay at least $35,000 a year, a disparity that can have significant long-term economic implications.

Ariane Hegewisch, who co-authored “Closing the Skills Gap” as well as the 2014 IWPR study “Occupational Segregation and the Gender Wage Gap: A Job Half Done,” knows that in addition to being unfair in principle, those disparities have macro-scale economic effects. Occupational segregation, according to Hegewisch, “slows down how much the economy can grow and how quickly you can respond to new opportunities.… It’s as if having occupational segregation means that the economy is under-oiled.”

Women have the lowest representation in middle-skill industries such as construction and engineering, where historical, practical, and social norms have combined to make those occupations the realm of men. That tangle of barriers is currently limiting women’s access to jobs that require skills training, but not a bachelor’s degree. For example, the study found that fewer than one in ten apprentices in the U.S. were women.

Alexandra Torres Galancid, the executive director of Southern California–based nonprofit Women In Non Traditional Employment Roles (WINTER), is determined to change that. Placing women in higher-paying jobs has a “tremendous” impact, she says. “Not only does it change the children’s lives and the family’s life, it also changes the community, the way women are seen in the community, and what they think they can do with their job.”

In order to get women those jobs, WINTER offers a 10-week training program that empowers its students with a range of construction or engineering certifications, as well as practical experience with the tools and processes they would use in their future work. When necessary, WINTER also facilitates everything from child care to financial training and housing assistance, granting students the skills and foundation they need to change their entire lives, not just their jobs.

That’s how organizations like WINTER impact the entire community. “Ninety percent of the women we work with are at very high risk,” Galancid says. “That means they might have never had a job, or they’re on public aid and maybe have been for generations.”

But after weeks or months of training, WINTER’s women are desirable candidates for well-paying jobs that they—and likely many other people—might never have imagined they could do. Joundi W., one of WINTER’s graduates, is now an operating engineer apprentice on construction sites in Southern California.

“The minute I walked on my first job as an operating engineer, my life changed completely. Everything changed. I wasn’t struggling anymore."

Joundi came across WINTER while she was incarcerated, and as her parole came up, she was determined to find stable work that she enjoyed. “I already knew I enjoyed being in the process of things getting built. I love it,” she says, adding that being on construction sites exposes her to the opportunities and experiences she hopes to have later in her career. And with WINTER’s help, Joundi established a relationship with a union, ensuring that she maintained workplace rights and ongoing jobs as she made her way through a field dominated by men. 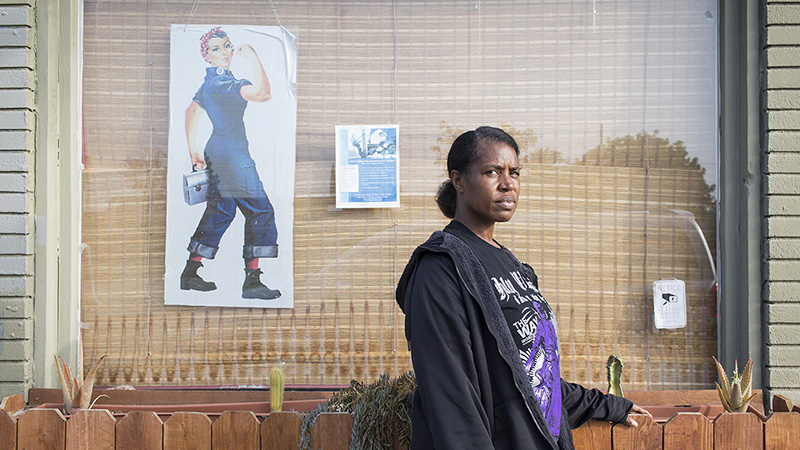 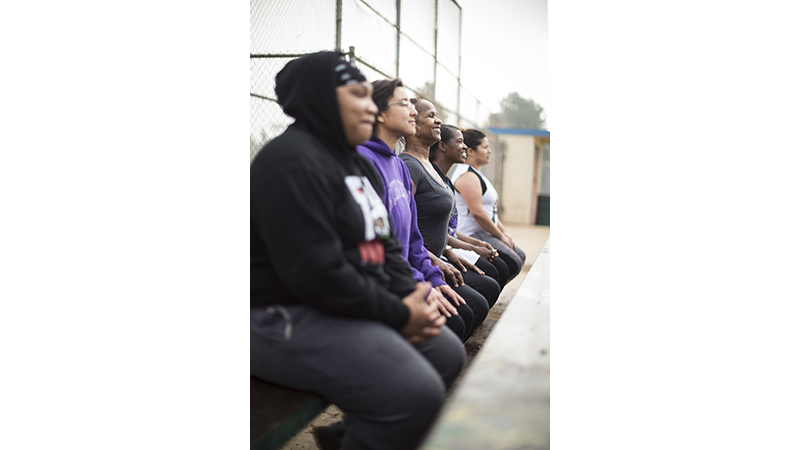 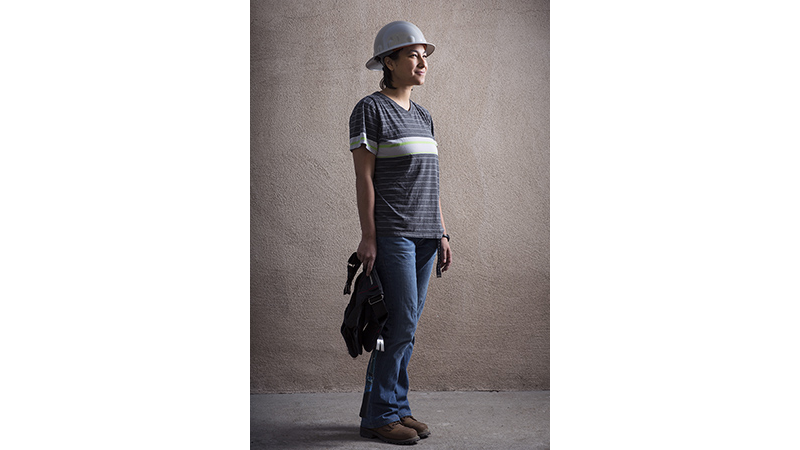 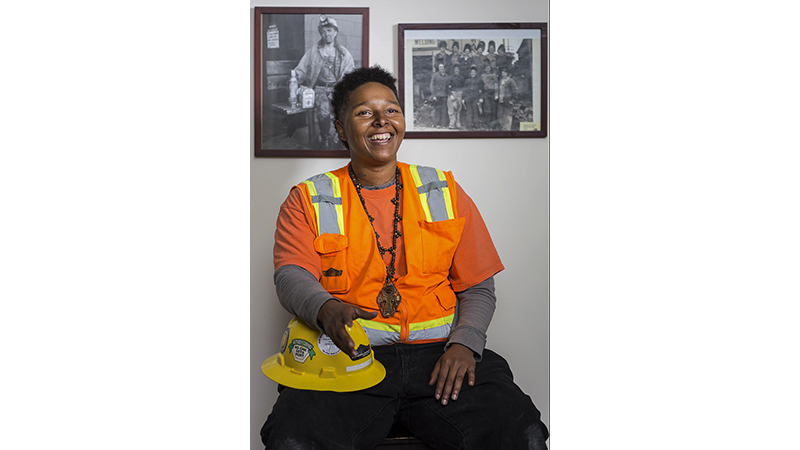 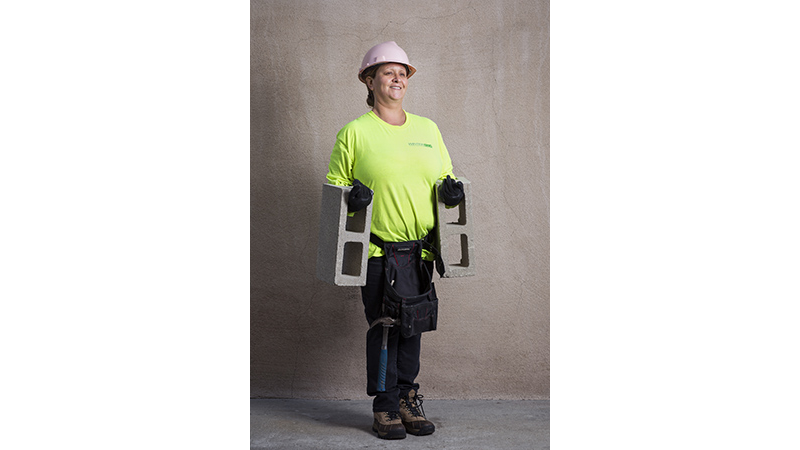 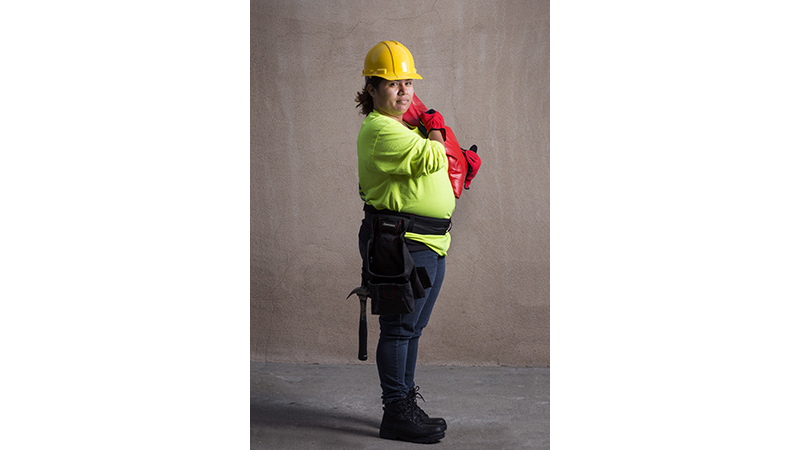 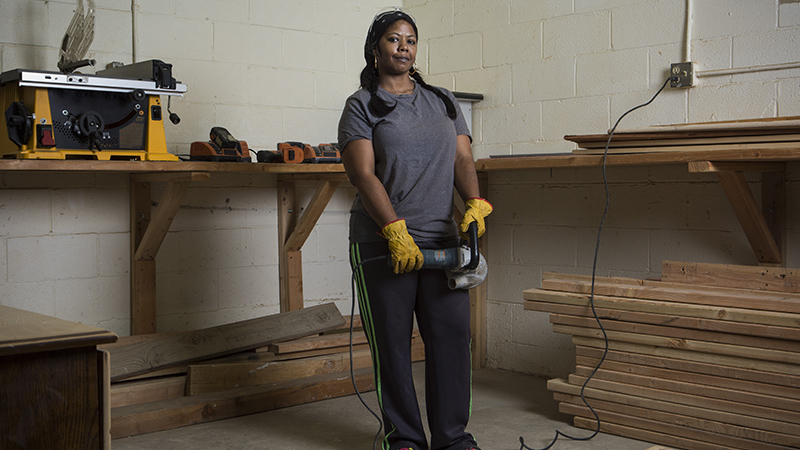 But that didn’t—and doesn’t—stop Joundi, and she cites her job and WINTER’s training program as a pivotal force in her life. “It’s changed everything for me. With my training, my life changed,” she says. “My credit score went up, I walk differently, I have time to do things that I want to do, and I actually have the money to invest in myself. It’s a great opportunity, and I think more women need to know.”

One of WINTER’s missions is to drive that cultural shift, pushing education and outreach into local schools and community groups, and contributing to local Project Labor Agreements to ensure they include language on gender inclusivity. “We really need to educate people; it’s all about education,” Galancid says. “People [should] know that there are agencies like ours. We really believe that a good worker is a good worker, regardless of gender.”

Joundi firmly believes that if more women knew about groups like WINTER, as well as the wages and career opportunities that come with working in construction, their influx into the industry would help balance the scales and hopefully change its entire dynamic. “We can do a lot more united rather than separate,” she says.

So when WINTER works against occupational segregation, it’s working for inclusivity and equality; it’s also set on empowering the women it trains with the skills and confidence that affect every other sphere of their lives. Galancid knows that the true potential for change—in the industry and in society at large—is in the hands of the individual women they work with. “We don’t change their lives: They change it themselves,” she says. “I tell them all the time, ‘We can open the door for you. We give you the skills you need, but the one person who changes your life is you.’”