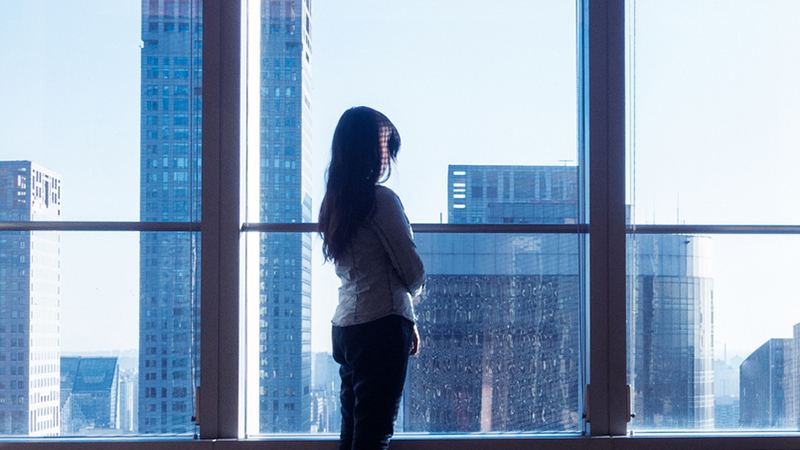 I Didn't Know I Had Autism Until I Was 24. It Changed My Life for the Better.

When I was 24, I was diagnosed with autistic spectrum disorder. Before I received the diagnosis, I had no idea that I was living with autism. I only knew that I was different. For example, I was not as good with social interactions, and I often needed help with simple things like writing to-do lists and tying my shoes. I just thought this was part of who I was.

Another thing I thought was just a facet of my personality? The fact that I had a hard time holding down a job. For a while, I was a waitress, then a restaurant manager and later a receptionist—but I didn’t hold down any of these positions for very long. This affected my confidence, because I assumed I was not very good at certain things and was constantly worried about being “found out” at work. I later learned that’s a pretty common feeling for those on the autism spectrum.

At some point, I started working as a consultant at JPMorgan Chase in its Bournemouth Corporate Centre working on data entry, which really suited me. I have a great mind for numbers and patterns, and I was looking for errors in strings of numbers. At the time, being a contractor felt like pretty safe work—if you’re asked to leave, it doesn’t count as being fired. But during this time, something extraordinary happened: My managers asked me to stay on full-time.

I put a lot less time into stressing about the things I struggle with.

It was around this time that I got my diagnosis. When I told my managers at JPMorgan Chase, they were so supportive, and have helped me play to my strengths while working around the things I find challenging. For example, if I have to make a difficult phone call, I give myself 10 minutes to think about what I need to say. My manager also gives me coaching. I can say, “I have an issue that I need to raise, but I don’t know how to do it appropriately.” We talk about the approach, and I feel empowered. It also means that I put a lot less time into stressing about the things I struggle with.

My relationship with my colleagues has also changed since my diagnosis. I used to feel disconnected from people and never laughed at anyone’s jokes. I was like, “Why is that funny?” Small talk didn’t make sense to me either. As a result, people thought I was rude or unfriendly. Now, because my colleagues know about my diagnosis, they know how to relate to me. When someone makes a joke, they’ll add, “Whoa, whoa—sorry, Kym. That was sarcasm.” And I’ll laugh along with them. It provides a point of connection, even though we understand we’re on different frequencies. To feel that warmth from my colleagues is lovely. It makes me feel like I’m a valued member of the team.