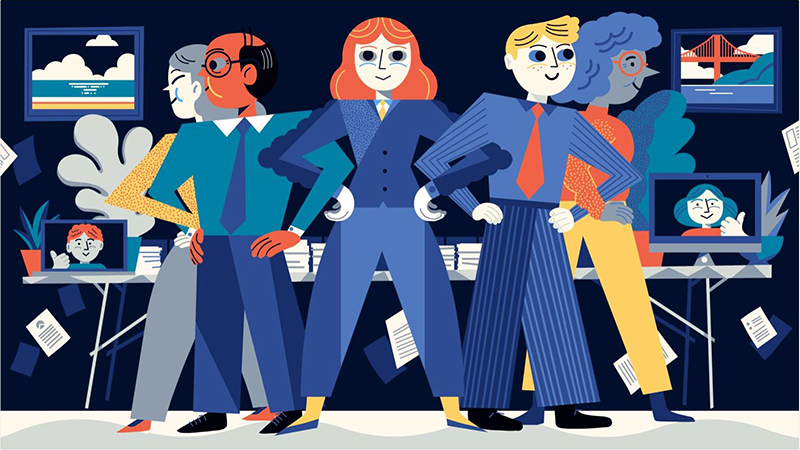 Five Simple Ways to Be a Better Male Ally

This article was originally published by Quartz at Work.

When it comes to being a male ally for gender equality, believing in the cause is only part of the equation: Men must both value equality, and actively work to achieve it.

But for many men, making that leap from belief to action can be a tough undertaking. Thankfully, however, being an effective ally doesn’t require drastic overnight changes. Here are a few simple ways men can make a difference.

When men think about how they can be more effective allies for equality, they tend to focus on how they can do more. But they can also have a major impact by doing less.

Consider panel discussions at conferences, which across industries consist disproportionately of male participants. Recognizing the importance of more women having access to high-profile speaking opportunities, organizations such as the U.N. Global Compact have pledged against taking part in all-male panels. Individual men have also taken similar pledges.

This “pass up and pass on” strategy is a small, but effective way that men can move the needle on diversity. It’s also powerful because it can be put into practice every day. For example, when your boss approaches you with a big, visible project, recommend a female colleague who can take it on.

While there’s been real progress to even the number of men and women in corporate leadership, in 2018 women occupied just under a quarter of senior roles across the world, according to Catalyst, a nonprofit focused on building more inclusive workplaces for women. That’s actually a decline from the year prior.1

More companies today realize that, to reverse that trend, there needs to be a concerted effort to elevate women, celebrate their successes, and actively promote them. For JPMorgan Chase, this realization helped produce an initiative the company calls “30-5-1,” which is designed to bring women and men together to support their female colleagues. Employees are encouraged to spend 30 minutes each week meeting with a talented woman, 5 minutes congratulating a female colleague on a win, and 1 minute praising that woman to other colleagues.

But while formal initiative can make a real difference for women, there are many informal ways to accomplish similar ends. Men, regardless of whether they are in leadership positions, can make a point to acknowledge the accomplishments of women at important meetings or in group chats, for example. Those kinds of small gestures can greatly increase the odds that women’s work will get noticed by the right people.

When it comes to helping advance women, seemingly small day-to-day things, when added up, often make a big difference.

Consider the non-promotable task. For women, non-promotable tasks (which include scheduling meetings, and taking meeting notes) represent some of the most common, yet least visible ways that gender bias manifests itself every day in the workplace. A 2018 study found that women are 48% more likely to volunteer for tasks “that benefit the organization but likely don’t contribute to someone’s performance evaluation and career advancement.”2 In fact, authors Linda Babcock, Maria P. Recalde, Lise Vesterlund, and Laurie Weingart argue that differences in how much time men and women spend on non-promotable tasks help explain why women are promoted less quickly than men are.

This is one area where men can help. By volunteering to do an equal share of non-promotable tasks, men can help women gain an equal access to the opportunities that will get them ahead.

If the right mentor can take a woman far, the right sponsor can take her even further. The difference? Mentors offer advice and time. Sponsors, in contrast, are more invested, and offer opportunities, visibility and connection.

A 2016 Center for Talent Innovation survey of 9,983 workers in the US and UK found that 44% women with sponsors felt comfortable asking to work on high-profile projects. That number fell to 36% for women without sponsors.3 If men want to help elevate more women to leadership, then men must take a more active role in introducing women to the experiences and opportunities that help them succeed.

When Catalyst asked men what prevents more of them from becoming champions for gender equality, two explanations stood out: fear and apathy. Some interviewees said that many men don’t see how gender equality affects them, while others said men are afraid that helping women could reduce their own opportunities.

Both of these barriers underscore why the gender equality movement needs more men actively, visibly advocating for it. The first step to helping men fight apathy is helping them understand that what helps women helps everyone. Likewise, introducing men to prominent male allies can go a long way toward giving men the courage to join in. When it comes to encouraging more men to help further the cause, visibility matters.

But what does “visibility” mean day-to-day? It means not shying away from difficult conversations about gender issues with other men, advocating publicly for gender equality on social media platforms, and speaking out — even when things get uncomfortable.